The political courage of the January 6th investigation

The hearings may not persuade Trump’s most ardent supporters. But they might allow enough Republicans to break away. 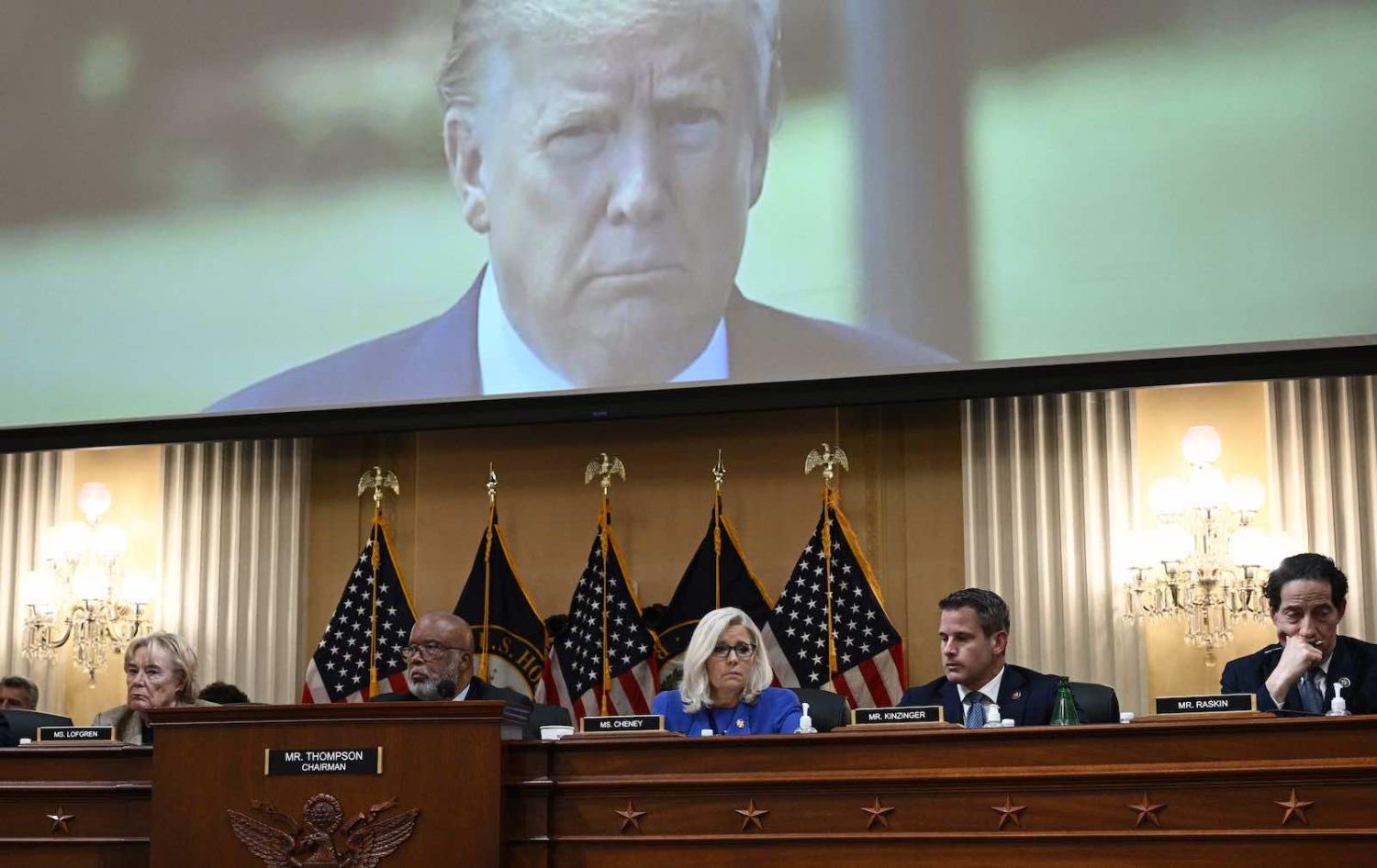 The hearings run by the “Select Committee to Investigate the January 6th Attack on the United States Capitol” are proving to be an excellent showcase to understand the dividing line between acts of political courage and acts of self-preservation. For Democrats and Never Trumpers, the spectacle of last-minute defections by key enablers of the former president is a bit hard to take. But political courage is rare and not required on a large scale for the committee to be successful.

While the committee hearings are, on the surface, focused on building a case that can be used against Donald Trump and his allies, prosecution of a former president is risky, and not necessary to safeguard American democracy. It is also not necessary, nor realistic, to expect that the arguments presented over the course of the hearings will persuade large swaths of Trump’s supporters to turn on their leader.

The most important goal of the hearing process is to persuade Republican political elites – who have the capacity to influence rank-and-file Republicans’ attitudes – that the events of 6 January 2021 require them to create some space between Trump and the Republican Party. Ideally enough space that Trump is excised from the party and efforts underway to delegitimise the electoral process, (i.e., the ongoing coup) run out of steam.

But given that Congress has already had two unsuccessful runs at impeaching Trump, it’s reasonable to ask whether this committee can succeed. Some optimism is warranted.

Many of the Trump loyalists inside the White House on that day testified that they were shocked about the president’s lack of concern.

The committee to investigate the attack on the Capitol may be the best in terms of casting and clarity. This clarity is more impressive given that over a 10 month period the committee interviewed more than a thousand people who were directly or indirectly involved in the insurrection at the Capitol and reviewed more than 125,000 documents.

It is difficult to imagine these hearings without Representative Liz Cheney, a well-known stalwart conservative, personifying political courage. Her unflinching condemnation of Trump for that day led to her removal from a leadership position in the Republican House, censure by the Republican party at the state and local level, and she may lose her House seat in Wyoming this year to a Trump-backed challenger.

However, Cheney’s capacity to initiate change within the Republican party relies less on her courage and more on the effectiveness of the storyline promoted by the hearings. There are only two Republicans on the committee and Cheney has been afforded an outsized role as Vice Chairwoman.

The first four hearings have made it clear that the committee members plan to walk in lockstep with one another and rely on conservative Republicans who supported Trump to tell the story of that day. The committee has laid out a carefully constructed narrative in which there are a discrete number of heroes and villains.

Trump, supported by two wacky and unstable lawyers (John Eastman and Rudy Giuliani), is the clear villain. Giuliani aided Trump in a broad-based campaign to pressure state level election officials to overturn what he knew to be valid election results, and Eastman sold Trump on an unconstitutional scheme for Vice President Mike Pence to reject the electors during the certification process in the Congress on 6 January.

Former Attorney General Bill Barr serves as a powerful witness (via recorded video testimony) to the preposterous nature of the conspiracy theories that Trump embraced following Joe Biden’s 2020 win. Barr detailed his efforts to dutifully investigate Trump’s voter fraud claims and then report back to the president that he had found no supporting evidence.

The contrast between Trump’s bullying, narcissistic behaviour, and these officials who, like Pence, believed that they took an oath to the US Constitution, was compelling.

In keeping with Barr’s testimony, former Department of Justice officials, members of the White House Council office, and Trump campaign officials, layered on evidence that in the lead up to 6 January Trump (along with Eastman and Giuliani) was told repeatedly that his claims about a stolen election had no merit, and that the Vice President had no authority to overturn the election.

In the hearings Pence – and the well-respected lawyer and judge that advised him – emerged as American heroes. Democratic analysts are right to reject the seeming canonisation of Pence given his obsequiousness to a lawless president for four years. But the hearings did establish that Pence displayed old-school courage on 6 January by staying in the Capitol complex when the Secret Service wanted to take him out.

Many of the Trump loyalists inside the White House on that day testified that they were shocked about the president’s lack of concern over Pence and pointed to their unsuccessful efforts to convince Trump to call off the mob. Republican state officials also testified about their resistance to Trump’s extensive pressure campaign to find votes, recalculate votes, and so on.

The contrast between Trump’s bullying, narcissistic behaviour, and these officials who, like Pence, believed that they took an oath to the US Constitution, was compelling.

The implicit argument that the committee has allowed these Republican officials to make about the Trump presidency – i.e., everything was fine until 6 January and then Trump just went too far – will be hard to swallow for many. But that’s the point. This narrative lowers the bar for breaking with Trump by showing that even the most loyal of Trump loyalists were uncomfortable with an insurrection, and you, Republican politician, should be, too.

It is possible to sketch what’s happening in Asia and what it means for Australia in terms which are not as scary politically or diplomatically as our ministers seem to assume. Here is a modest drafting suggestion.
Jay Batongbacal 18 Feb 2020 06:00

Pushing the Philippines‑US alliance over the cliff

Trump may have shrugged, yet Duterte’s move marks a serious blow to US power and the maritime order in Southeast Asia.