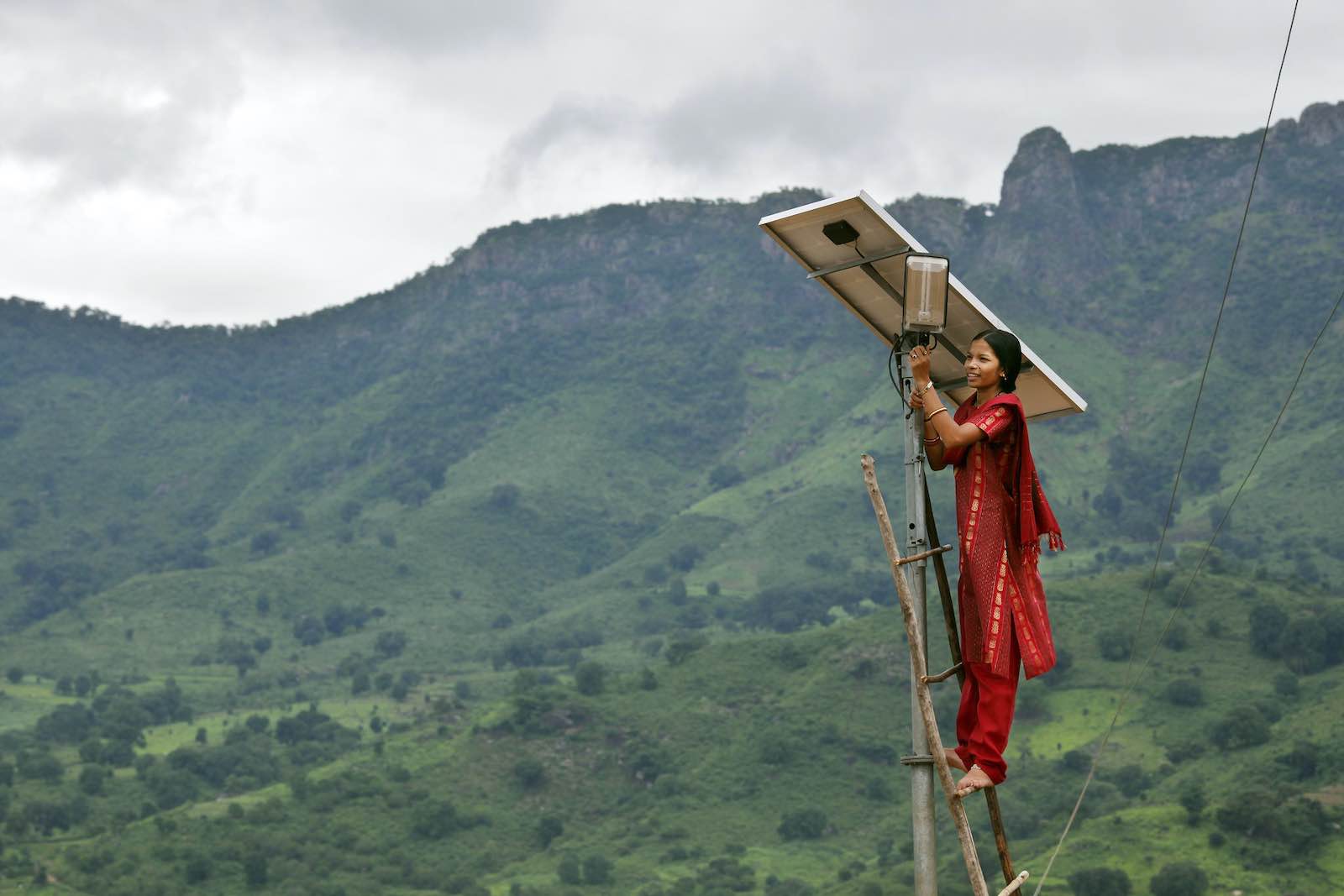 There is plenty of enthusiasm in developing countries about the potential of a “green recovery”, but concern about the unintended risks (Engineering for Change/Flickr)
Published 12 Nov 2020 07:00   0 Comments

Amid concerted global efforts to mitigate the economic and social consequences of the Covid-19 pandemic, there is a growing interest in promoting a “green recovery”. Green recovery encourages a closer link between economic restoration and transition towards a more sustainable economic model which includes more ambitious climate policy and renewable energy. While the concept is appealing in theory, the international community needs to pay attention to its potential risks, particularly for developing countries.

The idea for green recovery has strong support from European countries. In June, Germany unveiled a fiscal stimuli package which included US$46 billion of special allocation to support investments in sustainable economic activities. The European Union adopted an environmentally friendly recovery plan, which was widely seen as a continuation of the European Green Deal, which has an aim to make Europe climate-neutral by 2050.

International financial institutions have also pledged their support for green recovery. The International Monetary Fund, for instance, has announced the availability of $1 trillion in lending capacity, along with its commitment to promote the green recovery. Some countries and international NGOs began to advocate for the adoption of green recovery as a globally accepted path for post-coronavirus economic revival, among others through the 5th Session of the UN Environment Assembly, to be held in Kenya next year.

But how do developing countries, such as Indonesia, see the green recovery concept?

A report titled “Asia’s lamentable green response” by the ING Group criticised Southeast Asian countries for not sufficiently including green stimulus measures in economic recovery packages. Developing countries, many of which have to deal with severe environmental problems, indeed understand that the green recovery is relevant to contemporary development challenges. It will attract more investment in long-term sustainable projects and help reduce their dependence on extractive industries and commodity sectors.

There is plenty of enthusiasm about the potential of a green recovery, to both revive the economy and build resilience. Indonesia, for example, offers tax incentives for investment in renewable energy to help meet a renewable energy target of 23% by 2025, along with $47.6 billion fiscal stimuli.

Subsidies given to various sectors included in the green recovery project in developed countries, for example, will unfairly put developing countries at a disadvantage.

Moreover, specific subsidies and support to the green recovery, such as for research and development, could be inconsistent with World Trade Organisation rules. Together with new standards and regulations in a greening global economy, the extensive subsidies for the green economy will only make developed countries more economically competitive than developing countries. Imposing policies inconsistent with non-discrimination principles for the sake of environmental protection is possible under Article XX (b) and (g) of the WTO. However, the application of such environment-related trade measures will add a further burden to developing countries that are experiencing a drastic decline in export volumes.

Also, there has always been a great debate determining what amounts to an environmental good. Crop-based biofuels, such as from palm oil, for example, are considered environmental goods by developing countries, as they can be used as suitable alternatives to fossil fuels. In contrast, the EU has its own classification on which biofuels are sustainable or not. As a result, there is a potential for irreconcilable views on whether subsidising biofuels can be categorised as one of the green recovery projects.

The international community should take coordinated action to mitigate the unexpected consequences of green recovery, as well as exchange views on how the green recovery concept can be beneficial for all countries, especially by discussing the following three matters.

First, international forums and international organisations should develop widely accepted regulation and guiding principles which will prevent green recovery from creating trade barriers, new environmental standards and unfair subsidies. None must merely use the green recovery as a tool to gain market access using environment pretence.

Second, international support needs to be made available to enhance developing countries’ capacity to harness economic opportunities within the global green economy. Indeed, in recent years some emerging economies have become increasingly prominent producers of environmental goods and renewable energy. In aggregate, however, the green market is still dominated by multinational corporations based in developed countries. Companies from developing countries, especially small businesses, face enormous challenges in meeting complex environmental standards of the green market.

In that context, programs such as “Aid for Trade” need to offer a specific project to help developing countries build trade capacity and resilience in producing and exporting green products. Through Aid for Trade and other similar activities, developing countries can be integrated more into global supply chains of green technologies, particularly by supplying intermediate inputs to high-tech green products produced by developed countries.

Third, the international community needs to develop a multilateral framework to help least-developed countries raise resources for green recovery, including through debt restructuring. These countries have tremendous difficulty in mobilising funds for sustainable economic activities, due to weak fiscal capacity and substantial external debts. One example of debt restructuring is debt-for-environment swaps, in which donors or international financial institutions agree to annul part or all of the outstanding debt in exchange for spending in environmental preservation.