Combating Covid in the Pacific is hard enough. Add cyclones, droughts and flooding to the mix, the time to act is now. 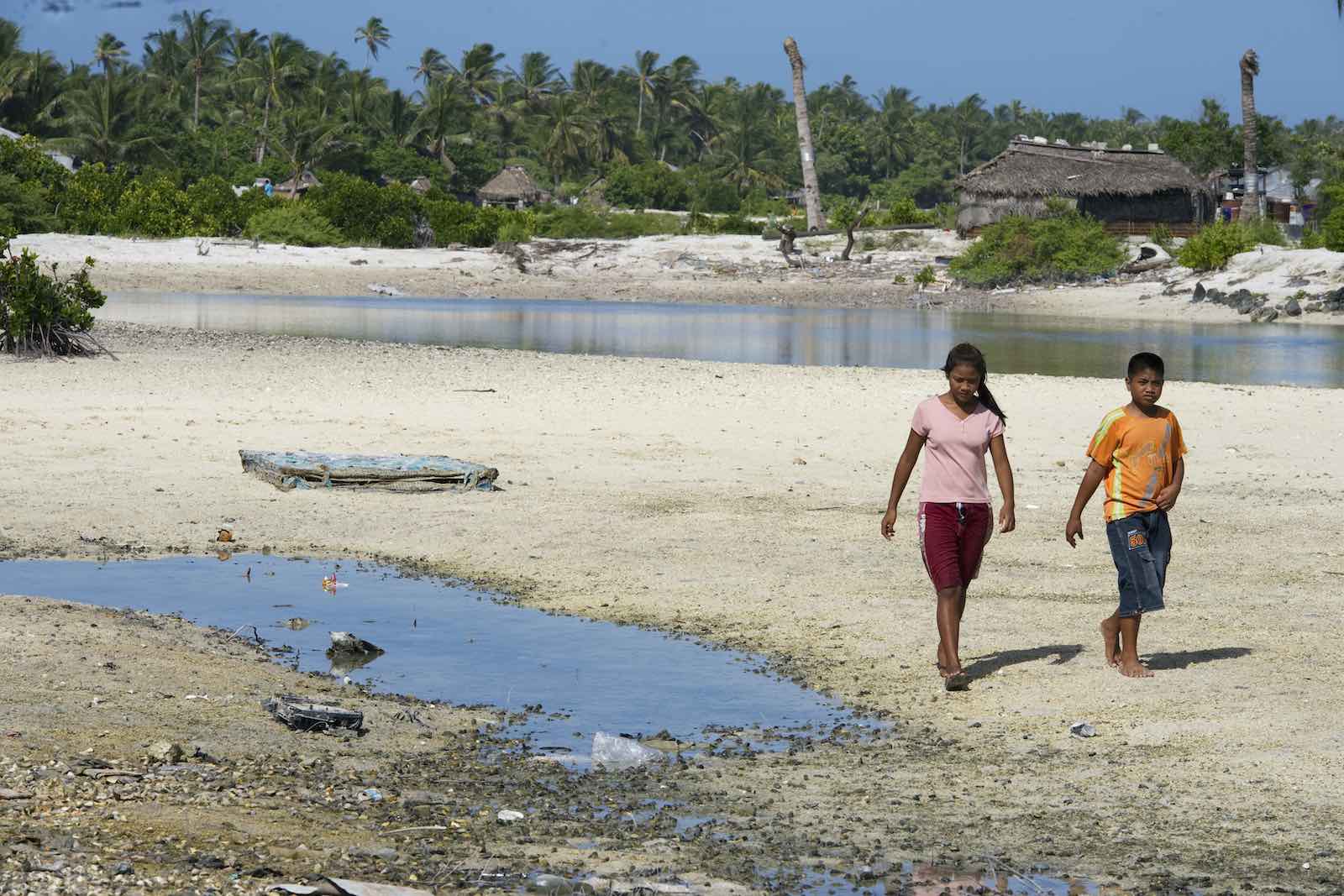 While the Pacific has pulled off a miracle by remaining largely Covid-19–free, the economic devastation in the pandemic’s wake is wreaking havoc across the region. Economies are in freefall, thousands of already scarce formal sector jobs are being lost, and families are being displaced and forced back to the village. Pacific governments and donors are doing everything within their power to fight back and to mitigate this economic fallout. Even with these best efforts, recovery will take years, if not the better part of the decade, as all of the challenges facing the region – including demographic pressures, geopolitical tensions and poverty – worsen.

The Covid-19 emergency is only a taste of the greater crisis on the Pacific’s horizon – climate change. In the Pacific islands, king tides, cyclones, droughts and flooding already displace people on a regular basis. Countries such as Kiribati and Tuvalu are now facing existential questions about their capacity to sustain their populations into the future. As Secretary General of the Pacific Islands Forum Dame Meg Taylor puts it:

The Covid-19 public health emergency and its ensuing humanitarian and economic fallout offers us a glimpse of what the global climate change emergency can become – if it is left unchecked and if we do not act now.

Australia cannot afford to ignore the fact that in its own region, internal and cross-border displacement within and from the Pacific Islands is likely to increase as disasters intensify and become more frequent, exacerbated by the impacts of climate change. The displacement of peoples in the Pacific will directly affect Australia’s national and strategic interests – undermining stability and security in a region that has been identified through the Pacific Step Up as crucial to Australia.

Of course, most Pacific Islanders want to remain in their homes, and there is much more that Australia can and should be doing domestically and internationally to enable this – not least by mitigating the effects of climate change. But in the absence of a radical reset of the domestic debate on energy policy, Australia must also look to additional ways in which it can help alleviate the risks that climate-related displacement presents in the Pacific.

One method being discussed between Pacific governments, including Australia, is how migration can be used as a mechanism for adaptation to help alleviate pressures on threatened Pacific Island nations. As we outline in a new Kaldor Centre policy brief, it is through migration that Australia can look to play a much larger role.

We need to go further. Australia should create a “Pacific Access Category” visa for the countries in the Pacific that do not have access to other labour markets.

Australia has come a long way with regard to its temporary labour schemes with the Pacific. As recently as 2006, the federal government was allergic to the idea. Since 2008, the Seasonal Workers Program (SWP) has provided more than 33,000 jobs to Pacific and Timorese peoples to pick fruit in Australia for up to nine months.

The benefits of this scheme are immense. Pacific Islanders earn on average four times more in six months than what they otherwise would in a year back home, farmers get a more reliable and productive workforce (which is even more desperately needed while Covid-19 keeps borders shut for other labour sources), and Australia’s interests in the Pacific are advanced at no cost to the taxpayer. A new program, the Pacific Labour Scheme, builds on the SWP’s success by allowing workers to come to Australia to work in low- and semi-skilled occupations in rural and regional Australia for up to three years.

These are both important schemes for filling critical labour shortages in Australia and helping improve welfare and development outcomes in the Pacific. While issues of exploitation and social welfare issues pertaining to family separation need to be worked on, these schemes should be fully supported to grow.

For migration to be a long-term strategy for Pacific Islanders who are at risk from the impacts of disasters and climate change, however, we need to go further. Australia should create a “Pacific Access Category” visa for the countries in the Pacific that do not have access to other labour markets – Fiji, Kiribati, Nauru, Papua New Guinea, Samoa, Solomon Islands, Tonga, Tuvalu and Vanuatu.

This is not a radical proposal – New Zealand has been doing it with Kiribati, Fiji, Tonga and Tuvalu for decades, and for Samoa through its special quota scheme. At a minimum, we suggest that Australia should match the 1,750 places annually offered by New Zealand to Pacific islanders – which is a drop in the bucket of Australia’s pre-Covid permanent migration intake in 2018–19 of 160,323.

Like New Zealand’s scheme, appropriate conditions could be put in place, such as health checks, guarantees of employment, minimum education requirements, and commitments to work in rural areas. Basing the scheme on a “ballot” system, rather than the skills-based programs Australia currently runs, will help to alleviate concerns about a “brain drain” from Pacific nations.

By enhancing mobility for Pacific peoples – by offering more opportunities for temporary movement, circular movement, long-term residence and permanent settlement – Australia could simultaneously foster mutually beneficial economic opportunities, provide a release valve for communities facing demographic, environmental and financial challenges, and reduce vulnerability to the impacts of disasters and climate change in Pacific countries. This would build upon Australia’s longstanding investment in Pacific peoples and represent a significant contribution to the region as a whole, all at minimal cost to the Australian taxpayer.

Show Comments
Previous Article
The Three Seas Initiative: A European answer to China’s Belt and Road?
Next Article
Where will Australia stand on banning weapons of mass destruction?