Who has been best for Australia: Trump or Obama?

It should concern Australia that Trump treats his potential enemies better than his loyal long-time friends. 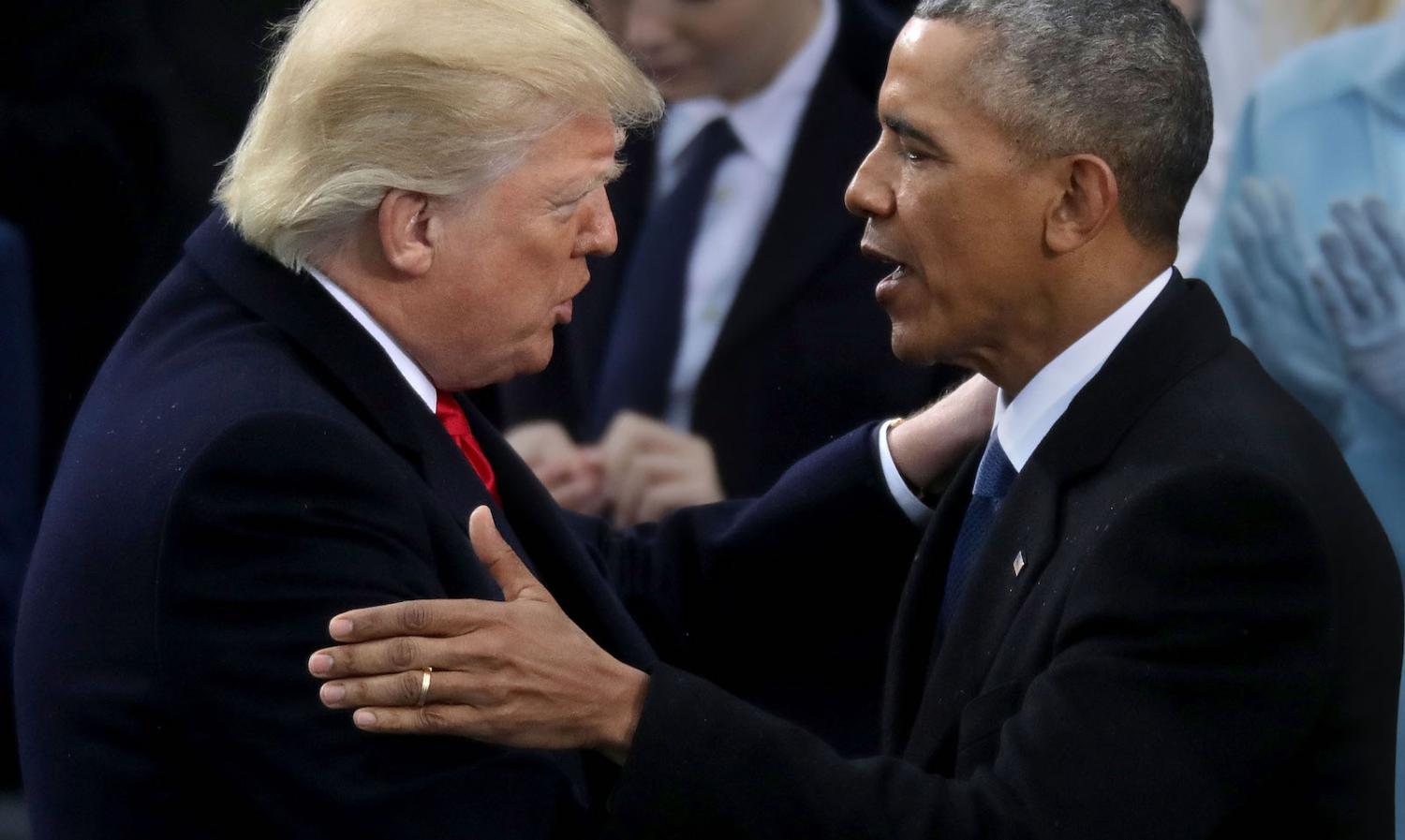 US President Donald Trump comes in for widespread criticism, but he has at least one well-placed Australian defender. Former foreign minister Alexander Downer says that for Australia, Trump has been better than Obama. On the whole, Trump has been “good for us”. This is seriously misguided.

Let’s start, as Downer does, with economics. The sweeping away of regulation has left America’s already compromised environment even more exposed to a resources free-slather. Trump is rolling back the regulations put in place in response to the 2008 financial crisis. Downer lauds the company tax cuts which provided stimulus for an economy already operating at full employment, which will require an offsetting contraction later to get the budget deficit and government debt back under control.

The defining characteristic of Trump’s approach to international trade is to negotiate bilaterally, where America’s heft can be used to get the best of any deal.

A temporary sugar rush in the American economy might be good for Trump’s constituency, and the company tax cut helps his rich friends, but it makes no macroeconomic sense at this stage of the business cycle. Nor does softening the post-2008 financial regulations. If Trump’s trade wars escalate and trigger a downturn in China, what then will happen to our commodity prices?

The commentariat might be critical of Trump’s tariff war, but for Downer “there is another way to look at this aggressive mercantilist diplomacy”. Faced by China’s understandable reluctance to quickly and completely open its markets to foreign competition and investment, this brinkmanship should, in Downer’s view, force the Chinese to see the benefit of free markets. For their part, the Chinese recall the last time the West forced open Chinese borders, in the Opium Wars.

Europe’s protected markets are being subjected to the same bludgeoning pressure. Substantive reform, such as rolling back the Common Agricultural Policy, isn’t on anyone’s agenda. Arm-wrestling with EU President Jean-Claude Juncker has produced agreement to revisit the trade negotiation begun under Obama. Back to square one.

The defining characteristic of Trump’s approach to international trade is to negotiate bilaterally, where America’s heft can be used to get the best of any deal. But this approach misses the essence of international trade: the benefits come from multilateralism, from sourcing your imports from the cheapest global supplier and selling your exports for the best global price, not from getting some quid-pro-quo agreement to divert trade, driven by a misconceived demonising of bilateral deficits.

It simply cannot be in Australia’s interests to downgrade – or worse – the status and effectiveness of multilateral agencies such as the World Trade Organisation. Medium-sized economies such as Australia thrive when trade is multilateral and rules are universal, not when special deals are done in bilateral negotiation where the biggest player gets the best outcome.

As a country which historically has leant heavily on our “great and powerful friends”, it should concern Australia that Trump treats his potential enemies better than his loyal long-time friends.

What about the diplomatic side? Maybe we dodged a bullet when Trump excluded us from the steel and aluminum tariffs he imposed on many of his closest allies. But magnanimous dispensation isn’t the basis for a strong export industry. Downer accepts that Trump’s withdrawal from the Trans-Pacific Partnership may not have been in our interests, but his withdrawal from the already established North American Free Trade Agreement (NAFTA) raises additional concerns about policy consistency and reliability. The Paris Accord may be a weak instrument, but it is the best we have: America’s withdrawal can be seen as “marginal” only by those who were unconcerned about climate change in the first place.

I will leave it to other better qualified people to judge Trump-versus-Obama in Middle East diplomacy. Obama was certainly a more cerebral actor who weighed the costs as well as the immediate impact, and sometimes found the price of action to be too high. His edict “Don’t do stupid stuff” made him cautious. Time will judge what was in our best interests.

Will Trump’s “half-decent personal relationship with Xi Jinping” survive the tariff war? How much did he achieve by ramping-up the North Korean nuclear threat with petulant threats, then calming things by giving a hermit dictator a profile-enhancing strut on the global stage?

Obama comes in for criticism because he had no big-name foreign policy advisor – a Kissinger or Brzezinski. Let’s not argue about just how great these big names were. Let’s just note that Trump is on his fourth national security advisor, with his economic advisors caught up in the same game of musical chairs. What assurance should we take for policy consistency, when the only principle is pleasing the Trump voters?

It is the narrowness of Downer’s vision that jars: “What’s in it for us?” Success is judged by our ability to do a special deal to protect our steel exports from the Trump tariffs. Of course, our own interests are paramount in international relations. But these interests have global dimensions that Downer ignores.

The summer bushfires put Australia to the test. They also had future implications for the New Zealand Defence Force.
John Lee 17 Dec 2021 06:00