Pressure upon pressure builds around Kashmir

Amid sabre rattling and sharp rhetoric, the hostility between India and Pakistan is only growing. 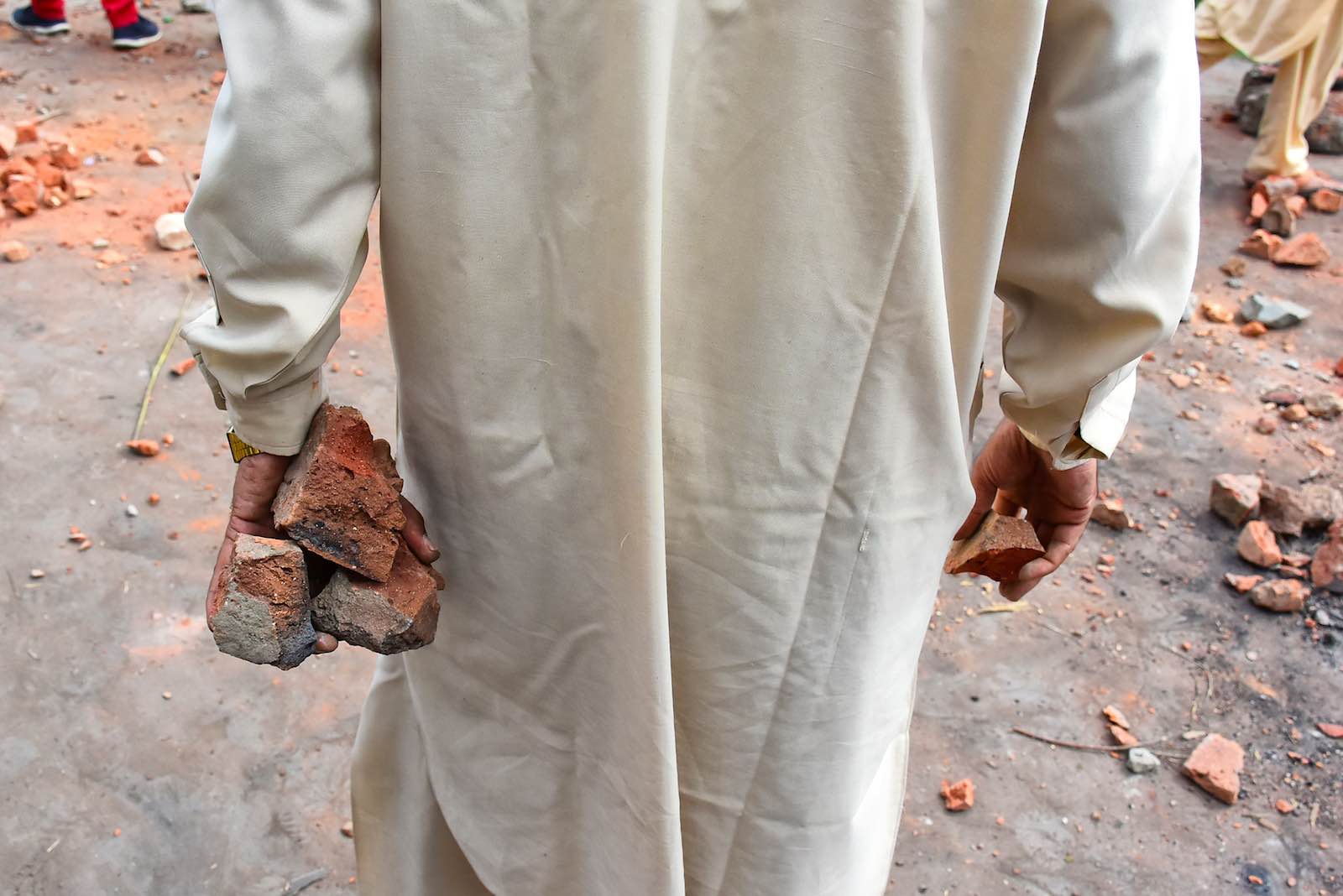 The political talk in South Asia at this moment is reminiscent of the 1990s. The Taliban are returning to Afghanistan and conflict is escalating between India and Pakistan in a seething Kashmir region. There is even debate on the potential use of nuclear weapons amid India-Pakistan crises ­– recalling fears that followed the 1998 atomic tests.

But there is no denying a significant downturn in India-Pakistan relations since the beginning of 2019. In February, following an attack on a convoy of paramilitary forces in Indian-administered Kashmir, India carried out an air strike inside Pakistani territory to destroy alleged terror camps. While Islamabad denied any casualties from the Indian operation, it retaliated with its own air force across the Line of Control in divided Kashmir. An Indian plane was downed, the pilot captured, only to be subsequently released.

In this atmosphere of tension and sharp political debate, it is important to note that the India-Pakistan conflict also plays to a domestic audience in both nations.

While the crisis was defused somewhat in the weeks and months that followed, there has been a rise in ceasefire violations along the Line of Control, while diplomatic tensions have also remained high.

Then came the decision on 5 August by the ruling Bharatiya Janata Party government in India to reverse the constitutional autonomy provided to Indian Kashmir since its accession in 1947. In an unexpected move, Prime Minister Narendra Modi and Home Affairs Minister Amit Shah, through two presidential orders, revoked the “special rights” and autonomy for the state of Kashmir and announced the bifurcation of the state into two union territories of Jammu and Kashmir and Ladakh.

As the decision was announced, an increased military deployment flooded into the Kashmir valley, with an extensive communications blockade put in force that is now into its second month. 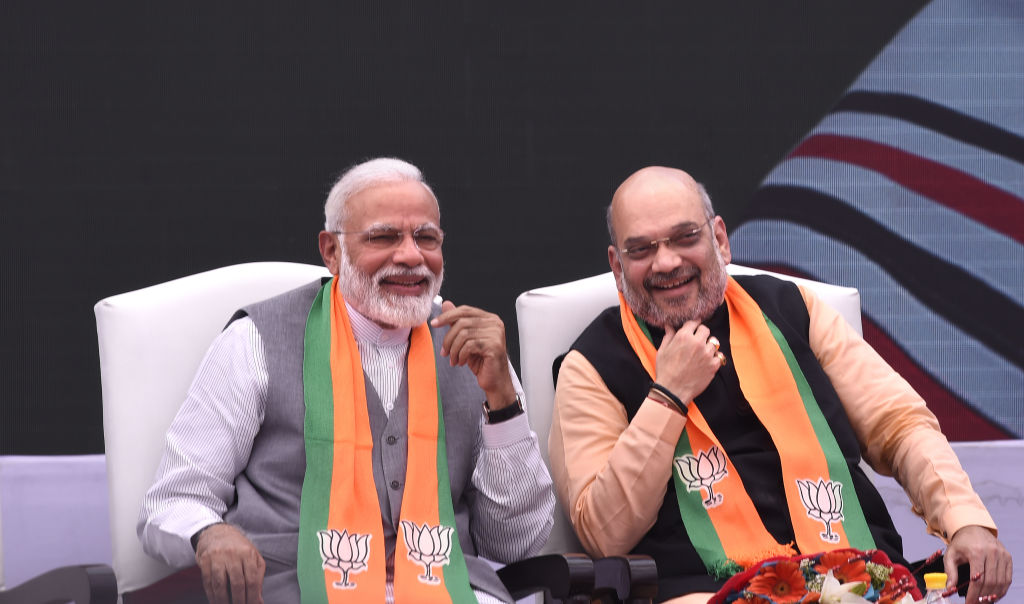 The removal of the autonomy provisions under Article 370 of the Indian constitution are likely to have significant repercussions for Indian Kashmir. The decision has also unsurprisingly provoked considerable criticism from Pakistan. Islamabad has attempted as always to bring international attention to the problems in Kashmir, such as in the halls of the United Nations, while India has maintained that Kashmir is an internal matter and any international mediation is unwelcome.

But the tensions continue. In a statement that has generated significant interest, Indian Defence Minister Rajnath Singh on 16 August said that while India remains firmly committed to the nuclear doctrine of No First Use, “what happens in the future depends on the circumstances.”

Pokhran is the area which witnessed Atal Ji’s firm resolve to make India a nuclear power and yet remain firmly committed to the doctrine of ‘No First Use’. India has strictly adhered to this doctrine. What happens in future depends on the circumstances.

The statement was not followed by any official confirmation of a change in India’s nuclear doctrine. Yet it was targeted clearly at Pakistan to deter any potential military intervention in Kashmir.

The inherent ambiguity in the statement has generated significant political debate both domestically in India ­– and, of course, among the Pakistani leadership. In an editorial in the New York Times, Pakistan’s Prime Minister Imran Khan highlighted the “consequences for the whole world as two nuclear-armed states get ever closer to a direct military confrontation”. In another statement, however, Khan also said that Pakistan won’t initiate military conflict with India.

In this atmosphere of tension and sharp political debate, it is important to note that the India-Pakistan conflict also plays to a domestic audience in both nations.

For Pakistan, and Imran Khan in particular, posturing on Kashmir is important to retain his political leverage at the domestic level by maintaining the Pakistan army’s traditional position on Kashmir, and to protect his government’s credentials. 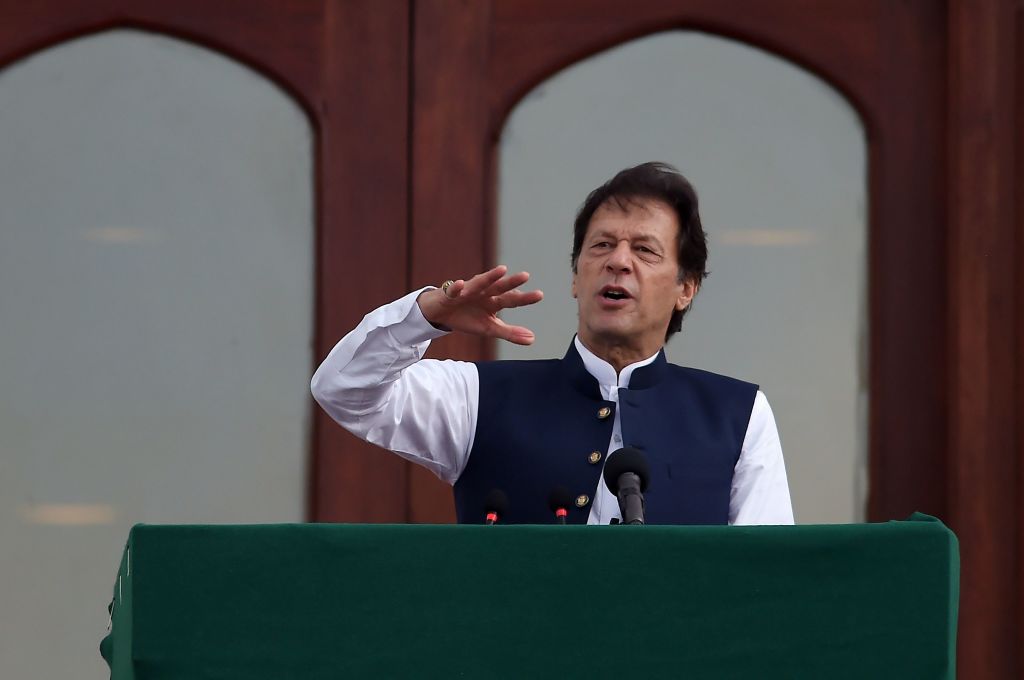 For India, the consititutional move in Kashmir and the political rhetoric since signals firstly the fulfilment of the BJP’s Hindu nationalist promise. In several of its election manifestos in the past, the reversal of Article 370 occupied an important place, particularly to appease the interests of the Hindu Kashmiri Pandit community who were forced to leave the Kashmir valley when Islamist extremism first took hold in the early 1990s. Further, in bifurcating the state, the BJP has also upheld Ladakh’s demand for separation from Kashmir.

The cancellation of Kashmir’s special status and the manner in which the decision was implemented is also potentially geared towards gaining advantage in upcoming assembly elections in several key states in India, including in New Delhi. Interestingly, New Delhi is also home to a considerable percentage of exiled Kashmiri Pandits.

The nationalist discourse surrounding Kashmir is also clearly a move to distract attention from the significant slowdown in the Indian economy. Recent statistics indicate India registered a GDP growth of merely 5% in the previous quarter and there is a steady decline in key sectors of the economy, including manufacturing and farming.

Opening the nuclear debate can also be linked to the BJP and Modi’s particular style of muscular foreign policy, marked as an alternative to the strategic restraint emphasised by previous governments. It goes hand in hand with the projection of  Modi as a strong leader, unwilling to compromise on vital Indian “national interests”. The outcome of general elections in May clearly indicate the advantages of such a nationalist posturing for the BJP.

The biggest casaulty in these competing political dynamics, however, is the people of the Kashmir valley. Even though there are reports of a relaxation in restrictions on movement and communication, the lockdown has held. The communication blockade has also polarised opinion with contrasting media commentary on the impact of government action.

With restrictions on media and the activities of human rights groups, many of which have been discredited, there is still no clear picture of the impact of this decision.