King tides, cyclones, floods and drought are already displacing large numbers of people each year – where will they go? 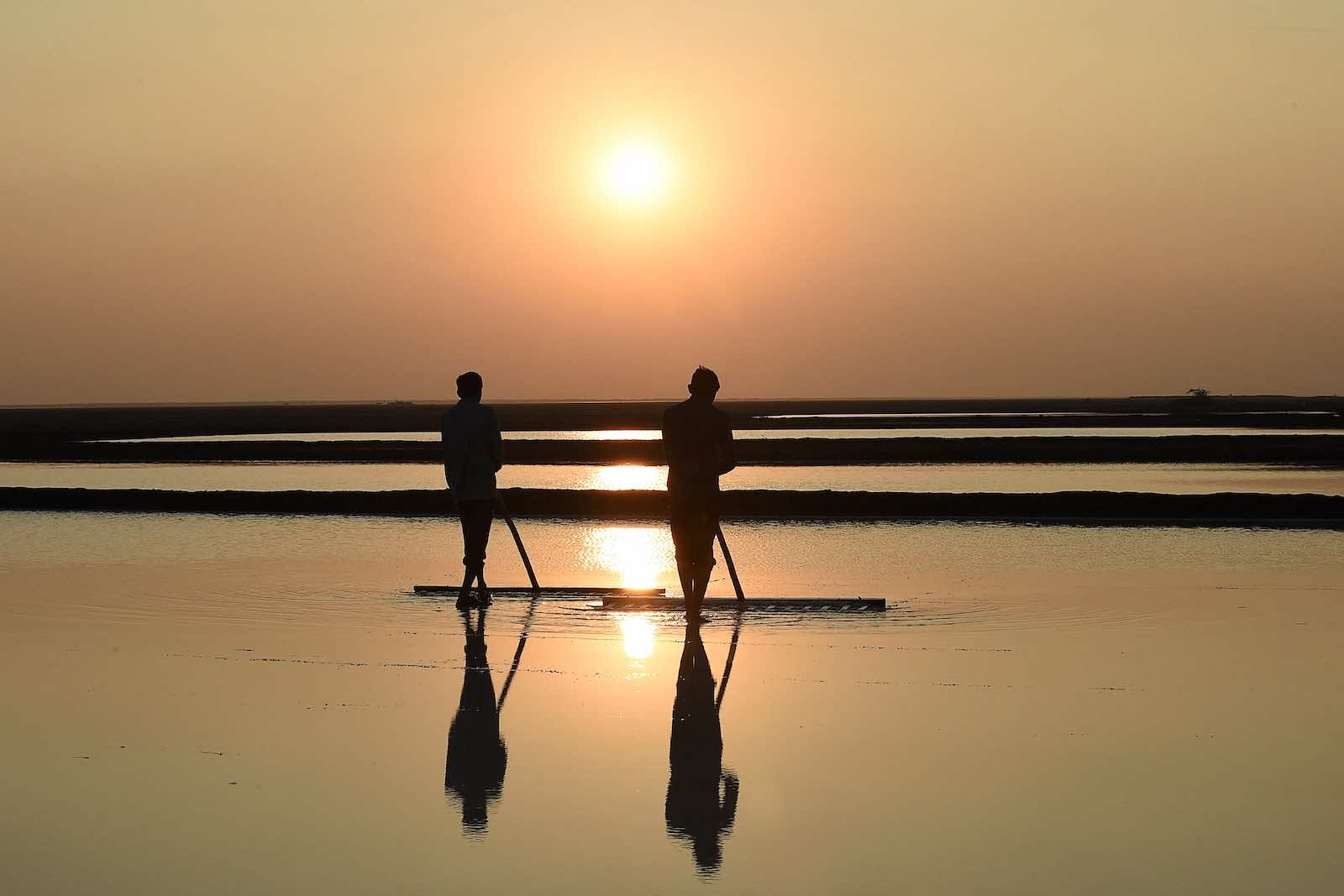 A long-awaited report released last week in the United States by the Biden administration recommends a new legal pathway for humanitarian protection for people facing serious threats to their life because of climate change. The US has a compelling national interest to strengthen protection for people displaced by the impacts of climate change, it notes. The White House report also recognises that migration is not only “an important form of adaptation to the impacts of climate change”, but sometimes “an essential response”. It acknowledges that permanent, and not just temporary, pathways are needed.

The report’s release ahead of the upcoming UN climate talks in Glasgow is not accidental. As contemporary crises interlock and compound, more people are likely to be trapped or displaced by the impacts of disasters, climate change, conflict, humanitarian emergencies and pandemics.

Already, three times as many people are displaced within their countries by disasters than by conflict. These numbers are likely to grow as disasters become more frequent and severe because of climate change. Some people will also cross international borders, and without more predictable, protection-oriented measures in place, there is a risk that they will end up trapped, detained, or turned back.

While some people will qualify for protection as refugees or on human rights grounds (which are glaringly absent from US law), many will not. Although the UN Human Rights Committee has made clear that it is unlawful for governments to send people back to countries where climate change impacts expose them to life-threatening risks or cruel, inhuman or degrading treatment, thus far, no applicant has met the requisite threshold. International law also doesn’t provide a direct pathway for people to migrate in anticipation of future impacts, because migration laws are the domain of each individual country.

The White House report draws and builds on a huge body of research and policy developed over the past decade. In fact, in 2015, 109 governments – including the United States – endorsed a Protection Agenda to ensure that people displaced in the context of climate change and disasters were protected and empowered. Some of its recommendations are reflected in the 2018 Global Compact for Safe, Orderly and Regular Migration, which affirms that governments must not return people to situations of irreparable harm, and stresses that they should plan for climate-related movement by creating humanitarian, migration and other kinds of visas to assist people at risk.

The Asia-Pacific region is on the frontline of the climate crisis. King tides, cyclones, floods and drought are already displacing large numbers of people each year – over 12 million in 2020, which was 30 per cent of the global total. Pacific Island countries are at particular risk.

As the Lowy Institute’s Jonathan Pryke and I argued in a policy brief last year, by creating more temporary and long-term visa opportunities for Pacific Islanders, Australia could provide a release valve for those at risk of displacement. Migration can be an important adaptation and risk-management strategy because it allows people to move before disaster strikes, safely and on their own terms. It can enhance the resilience of those who move, as well as those who stay behind. The White House report recognises this.

Just as the United States played a leading role in establishing the post-war universal human rights regime, this report could provide an important turning point for climate justice.

The report’s recommendations offer a principled, orderly framework for protecting people escaping the risks posed by disasters and environmental degradation, building on principles outlined in the Sydney Declaration of Principles on the Protection of Persons Displaced in the context of Sea Level Rise. The recommendations of the White House report could provide a model for other countries, such as Australia, to review their own protection frameworks and migration laws, in order to provide multiple, safe pathways for people at risk.

The report also recommends the creation of a new standing interagency policy process on Climate Change and Migration, which would bring together the scientific, development, humanitarian, democracy and human rights, and peace and security elements of government to coordinate the efforts by the United States to avert and respond to mobility in the face of climate change. Importantly, the report recognises the importance of robust humanitarian assistance to affected communities, but also the need for far greater investment in adaptation, risk reduction, and resilience.

Just as the United States played a leading role in establishing the post-war universal human rights regime, this report could provide an important turning point for climate justice. In that earlier era, governments rose above their national interests to seek common ground on fundamental values that united humanity, based on “the dignity and worth of the human person”. Will they do so again?

At the very least, the report highlights the fact that people are already moving away from the impacts of climate change, and will continue to do so, probably in growing numbers. If governments turn a blind eye to this dimension of the climate crisis, not only will millions of people suffer, but spontaneous movement to countries such as Australia may increase. Addressing such movement head on will not only help to provide security and protection to people who have lost their homes but would also allow governments to maintain more control over their borders – something that would surely appeal to the Australian government.