“Yellow is Forbidden” tells the story of Chinese fashion standing side by side with European fashion houses. 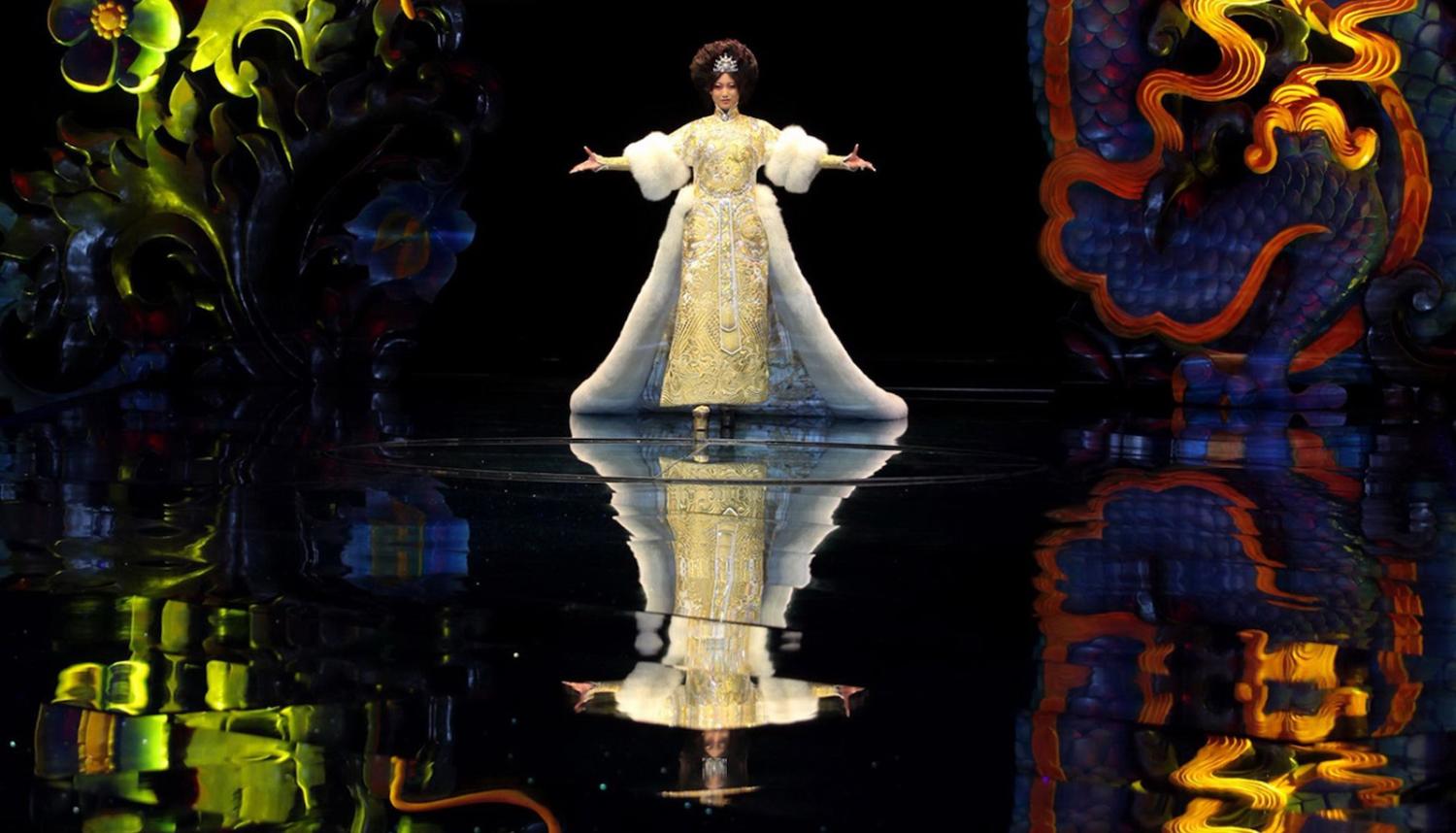 Vain trifles as they seem, clothes have, they say, more important offices than merely to keep us warm. They change our view of the world, and the world’s view of us.
Virginia Woolf, Orlando (1928)

In 2003, then president of the French Fashion Federation, Didier Grumbach, had only one comment to make about Chinese high fashion: “It will take a long time before there are any Chinese labels [worth considering] … that takes a long, long time to develop”.

Grumbach had given voice to a widely held view of China and Chinese fashion at the time, that the communist country which had only recently emerged from political, economic, and cultural isolation had nothing to offer the haute couture community. It was best for China to stick to what it had come to be known for – fast fashion production in sweatshops scattered across the country.

China, it was thought, could never hope to scale the sartorial heights of the Western world’s fashion houses.

But then Guo Pei came along.

The Chinese born and based fashion designer is the subject of a new feature film, Yellow is Forbidden, written and directed by New Zealand film-maker Pietra Brettkelly. The documentary follows Pei’s road to becoming the first Chinese designer accepted as a member of the highly prestigious Chambre Syndicale de la Haute Couture (the French association of high-fashion houses), alongside permanent members including Chanel, Christian Dior, Givenchy, and Jean-Paul Gaultier.

Pei’s is not so much a personal journey as a national triumph, as both designer and country fight to earn respect and recognition.

Pei was born in Bejing in 1967, at the height of Mao’s Cultural Revolution. Her mother was a teacher, and her father a communist soldier. Her love for sewing and fashion came from her grandmother, who told stories of the colourful and opulent fashions once worn in China’s Imperial Court.

The Cultural Revolution had an acute impact on women’s fashion. The political fervour of the time saw women avoid any form of make-up or stylish clothing, for fear of being accused of, and attacked for, bourgeoisie tendencies. Mao’s China was largely drab and utilitarian, a nation in which both men and women favoured military-style clothing as a means of expressing their revolutionary zeal.

It wasn’t until the death of Mao in 1976 that fashion gradually returned to China. The somewhat more relaxed political environment that emerged under his successors allowed Pei to study and become one of China’s first fashion graduates.

In 2015 she shot to global fame when singer Rihanna wore the designer’s now famous Yellow Empress cape to the Met Gala’s “China: Through the Looking Glass” ball. The cape, which took close to two years to produce, weighed 25 kilograms and featured more than 50,000 hours’ worth of ornate hand embroidery.

Pei’s big and bold designs are inspired by both traditional Chinese garments and modern stylistic elements. They are extravagant, dripping with gold, pearls, and crystals, and demand attention to the wearer, the designer, and China in equal measure. Brettkelly says:

To view Pei’s creations as mere pieces of clothing is to overlook their profound significance. Her designs are firmly rooted in the political: she has successfully reclaimed 5000 years of Chinese history and fashion from Maoism, and is now showing Chinese culture on the world stage.

In 2016, Pei was named among Time magazine’s 100 Most Influential People, alongside Donald Trump, Hillary Clinton, and Pope Francis, among others.

“You cannot be a person like her and not be thought of as political,” says Brettkelly.

I think that’s very important to her – that people rethink their perspective of China and respect it as a place that traditionally did have culture, aesthetic and design. She is incredibly proud of her country, and wants to be very clear that she comes from 5000 years of cultural history.

Beijing has convinced the international community of its hard-power military might and economic strength. However, softening its image through the spread of Chinese culture has been somewhat more difficult.

Contemporary Chinese films and music have failed to achieve the same reach or influence of Pei’s designs. Her collections are now exhibited in countries around the world. In 2017, a number of designs from her Legend spring–summer 2017 collection were displayed in Australia as part of the NGV Triennial exhibition.

Pei has flung doors once closed to China wide open. In so doing, she has helped to change China’s view of the world, and the world’s view of China.

Previous Article
What a partial internet shutdown would mean for PNG
Next Article
Immigration links: TEDxKakuma, family separations, and more

International relations video of the year – by February

Extraordinary footage of the coup in Myanmar by no stretch of the imagination.
Daniel Woker 26 Oct 2017 11:31

The EU was built to prevent what destroyed the continent twice in the first half of the 20th century and kept half of it prisoner until 1990.
Rod Barton 27 Nov 2017 06:28