Refugees are educating themselves abroad. Australia should help

A bipartisan border policy would not be undermined by doing more to help stateless people who seek to help themselves. 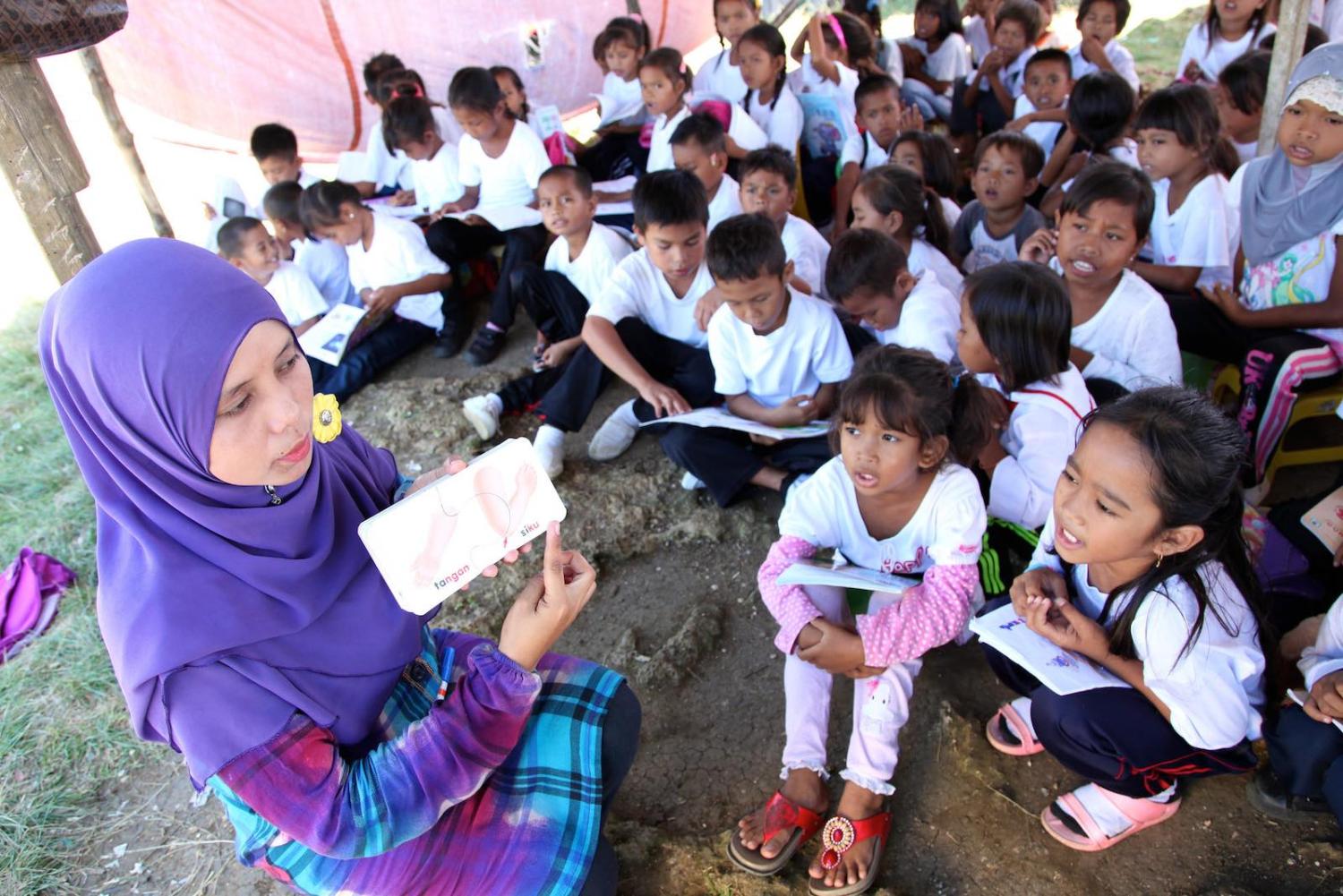 At 68.5 million people, it’s the 23rd largest population on earth. There is no healthcare system. Going to school is often illegal. There is no social welfare. Its people have no democratic representation.

Many are malnourished, poorly housed and have little access to basic sanitation. The formal unemployment rate is a stubborn 100%, with no economic opportunities for its people ­– often talented, educated and multilingual professionals with years of experience.

And no one knows when, or if, things will get better.

This is not an imagined dystopia. It is the state of the stateless and displaced peoples, asylum seekers and refugees. This is a transcontinental and borderless nation, whose citizenry have been driven from tyranny and despair into a purgatory unimaginable to most of us.

Abdullah Sarwari, an 19 year old Hazara and volunteer teacher, is one of them. He has spent much of his teens navigating a life in limbo in Indonesia.

We were targeted by extremists who killed our people regularly. I left in search of a safer life and never imagined I would end up in Indonesia, living like a ghost.

In Indonesia, Malaysia and Thailand, hundreds of thousands of refugees and stateless people live in “extended transit” ­– waiting years to be resettled before they can rebuild their lives.

Australia’s refugee debate is often focused purely on border policy while ignoring the ways Australia can do more internationally to help solve what is a global challenge.

Bolstering the educational outcomes of those stuck in extended transit abroad is a good place to start.

Better yet, much of the hard work has already been done by refugees themselves, with many self-educating with the help of volunteers.

“Refugee schools” have emerged in Indonesia, for example, where some of the 14,000 UN-registered asylum seekers and refugees in the country work together to provide education to children awaiting resettlement.

Refugees like Abdullah volunteer their time to provide education to refugee children who would otherwise go without at a crucial time in their development. Him and others have put their own education on hold to educate those in his community.

“Necessity is the mother of invention … because there is no organisation working here, like IOM, UNHCR, we feel it is our responsibility. We don’t have to wait for others … we can do it ourselves,” another educator in Java explained.

These entrepreneurial refugees are doing their part to tackle a global education crisis that sees 4 million refugee children missing out on their right to an education.

These initiatives may be inspiring, but there’s a problem. Too often, refugees’ education goes unrecognised and unaccredited. Without recognition of their schooling, applying for tertiary education is next to impossible.

There’s some help available: a handful of non-governmental organisations provide funding and capacity development to support refugees to self-organise while in transit. But the scale of the challenge overwhelms an NGO sector with limited resources.

This presents an opportunity for Australia, as a global leader in education, to do its part in tackling the global education crisis.

With leadership from the federal government, Australia could support the efforts of self-educating refugees and stateless people by providing curricula or oversight that ensures their education meets international standards. Linkages between Australian education institutions and experts, established self-education centers and the NGOs that assist them could be forged.

Australia could also grant digital access to recognised resources to refugee learning centers across the region, or provide professional training to the volunteers who have taken it upon themselves to teach refugee children in our region and abroad.

The more educated refugees are, the more success they will bring to their new home in terms of economic growth, and the more prepared they will be to make positive contributions once they resettle - wherever that may be.

While the boundaries of Australia’s domestic approach to refugees are largely set, there is room for Australia to re-engage in the global displacement crisis. Ensuring that refugee children receive their right to education is an obvious entry point. It is politically and practically feasible and makes use of Australia’s expertise in education.

Importantly, it would be a step toward improving Australia’s standing, and provide a better shot at life for those like Abdullah and his students.

A heavy focus on how the US and UK struggled with the pandemic further removed Australians from their neighbourhood.
Bruce Hill 28 Feb 2019 06:00

You can’t eat sovereignty, you can’t drink independence, and you can’t build a house in the middle of the ocean.
Greg Earl 9 Sep 2021 13:00

Is “China plus” the answer to fading US global hegemony?