A resounding “oui” for an emoji in Canada

After a new bill to protect French raises separatist jitters, Quebec nationalism gets everyone behind the flag. 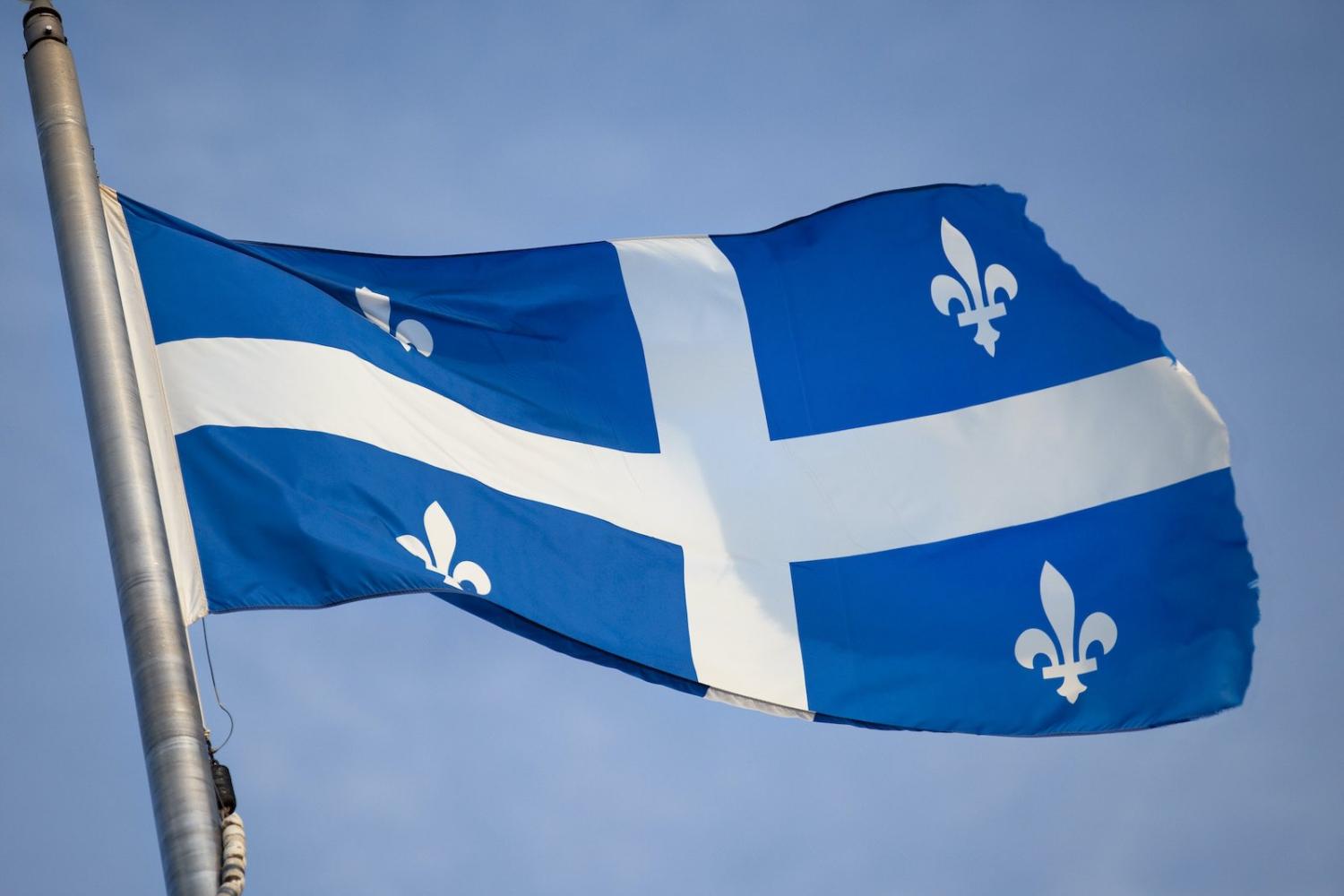 Last week, Quebec’s separatist party, the Parti Québécois, phoned in a demand – figuratively, at least. The party introduced a motion into the provincial legislature demanding that the Silicon Valley–based Unicode Consortium add a Quebec flag emoji to its platform. Despite the Parti Québécois being reduced to a small rump at the 2018 provincial election, the vote passed unanimously with the support of the three other parties in the National Assembly. No party – not even the enthusiastic Canadians in the Liberal Party – can be seen to be weak on Quebec nationalism. Having a Quebec flag emoji is deemed an essential cultural right, and a political tool. Even during a pandemic.

This odd piece of political theatre comes after the nationalist – but not separatist – government of the Coalition Avenir Québec recently introduced a series of new measures designed to protect the usage of French in the province. Obliging small businesses to operate in French, restricting the number of students who can enrol in English-language higher-education institutions, and containing a very specific and unwieldy provision that will force companies with English trademarked names to have a French explanation of their services on their signage in a larger font than their company name.

Despite there being 8 million native French speakers in Canada (7 million in Quebec province, and a further 1 million mostly in Ontario and New Brunswick), much of Quebec exists in a perpetual state of anxiety that French is in terminal decline. There is a certain rationale to this. As the least numerous of Canada’s two official languages, and sitting above the cultural behemoth of the United States, the fear of being overwhelmed by the linguistic juggernaut of English can seem very real.

The Quebec government’s new measures to further restrict the use of English creates conflict with Canada’s constitution. Despite this, the federal government is reluctant to intervene.

Yet this anxiety overlooks both the resilience and growth of the French language on the North American continent. In terms of raw numbers of French speakers in Canada, the language has never been healthier. Although with the expansion of English-speaking provinces due to immigration, the demographic weight of French as a native language within Canada has shrunk, from around 27% of the population in the early-1970s, to around 23% today.

But here lies the problem at the heart of Quebec nationalism. Of the province’s 8.5 million population, 95% can hold a conversation in French. Those who may not have French as their first tongue still overwhelmingly operate in the language in the public domain. However, for Quebec nationalists, speaking French in public simply isn’t good enough – one must also speak it at home. Quebec’s nationalism is not just linguistic, it is also cultural, and, in its worst excesses, ethnic.

This leads Quebec to be less enthusiastic about attracting migrants than other provinces. Despite significant labour shortages in the province, there is a bunker mentality, a belief that migrants pose a threat to Quebec’s unique cultural status, rather than an opportunity to expand its influence.

In 1969, Prime Minister Pierre Trudeau (father of current Prime Minister Justin Trudeau) introduced Canada’s Official Languages Act, which made the Canadian state fully bilingual in all its operations. At the time, the federal government was dominated by Anglophone employees, which limited the ability for French speakers to engage with the federal government in their native language. This provided ample fuel for the Parti Québécois as they were beginning their political rise.

After the introduction of the Official Languages Act, Trudeau père also developed a new vision for the country as it was opening itself up to a racially blind immigration program. Trudeau’s idea was for Canada to embrace “multiculturalism within a bilingual framework”; the operations of the state – and the dominant public languages – would be English and French, yet the state would be agnostic on issues of culture. Two official languages, but no official cultures.

Ottawa still operates through this lens, but it is held in deep suspicion by large sections of Quebec society. For Quebec nationalists, language and culture are inseparable. In order to protect the language, the state has to play an active role in advancing the culture, and this includes enacting measures to undermine any threats – real or perceived – to the French language.

However, the Official Languages Act was designed to protect not only Francophones outside of Quebec, but also Anglophones within it. Therefore, the Quebec government’s new measures to further restrict the use of English creates conflict with Canada’s constitution. Despite this, the federal government is reluctant to intervene, for the simple reason that defending English in Quebec can win votes only in seats the Liberal Party already dominates, and it risks further arousing the fervour of Quebec’s nationalists.

With Trudeau fils currently holding only a minority government in Ottawa, and the Liberal Party literally unable to win seats in Alberta and Saskatchewan provinces, it cannot afford to have the Bloc Québécois (the federal separatist party) skimming seats off it in Quebec, as it did in 2019. Electoral considerations take priority over constitutional protections.

The federal government remains incredibly wary of the potency of Quebec nationalism, being heavily scarred from the mid-1990s, when the Bloc Québécois became Canada’s official opposition, and the Parti Québécois fell only 54,000 votes short of a successful referendum on separation from Canada. This wariness will lead Ottawa to overlook Quebec’s constitutional boundary pushing and may even see Trudeau quietly lobbying Unicode to get that flag emoji.

Review: Clash of expectations for Hong Kong and Beijing

For all the talk of China, the Russia factor is still a huge challenge for the Biden administration.