Through military and diplomatic manoeuvres, Russia has signalled its stance on further US intervention in the region. 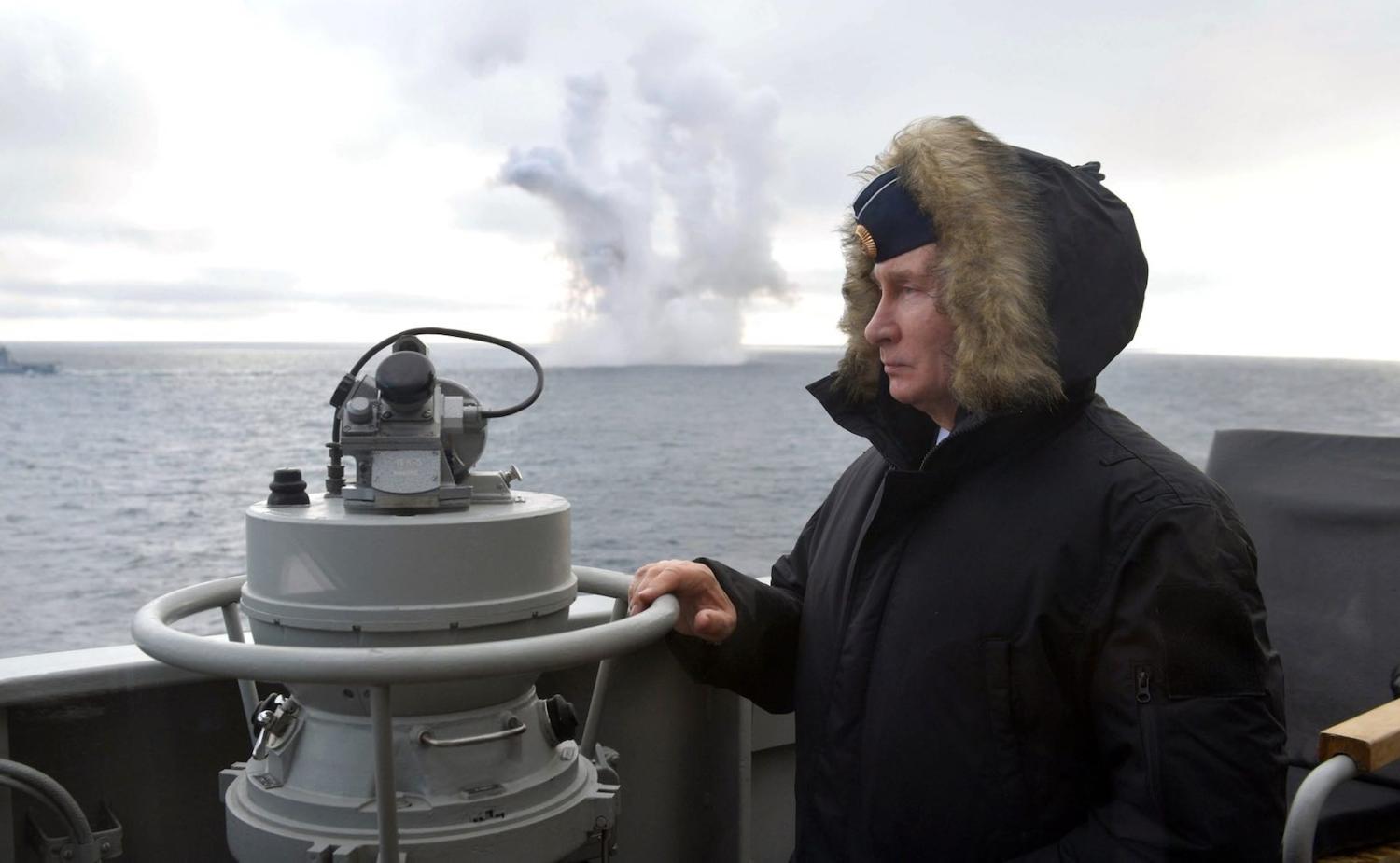 Recent revelations make it clear that Iran’s willingness to confront the US following the strike that killed Maj. Gen. Qasem Soleimani in Baghdad was not driven just by a mix of domestic considerations and a compelling desire to retaliate. Iran’s bluntly open challenge to the US may have been backed by another major military power: Russia.

The news that least 11 US defence personnel sustained light injures as a result of missile strikes carried out by Iran’s Islamic Revolutionary Guards Corps (IRGC) did more than undermine optimistic statements by US President Donald Trump. It also raised questions about how Iran managed to launch such a well-coordinated series of attacks.

Despite the two countries’ improved bilateral relations, strengthening strategic dialogue, and increasing economic and military cooperation, Iran is a partner of convenience for Moscow – not a close friend or a client – and there is little doubt that Russia has benefited from the killing of Solemaini.

Even limited open-source data, including unclassified satellite imagery, suggests high-precision hits of selected targets intended (a) to demonstrate the lethality of Iran’s enhanced tactical missile strike capability and its capacity to inflict damage on physical infrastructure, and (b) to keep human fatalities to a minimum. Iran’s missiles were likely equipped with satellite guidance and target-tracking capabilities with access to one of the global navigation satellite systems.

Iran has no independent orbital group of satellites, and access to US GPS/NAVSTAR or European GNSS (Galileo Global Navigation Satellite System) is denied to the Iranian military. The only other systems available to Iran would be Russian GLONASS or Chinese BeiDou. It is likely that that IRGC relied on one of these for precision targeting.

In late December, Russia, China, and Iran held their first trilateral naval exercise, Marine Security Belt, in the Indian Ocean and the strategically sensitive Gulf of Oman. While both Russia and China stopped short of describing the exercise as a form of deterrence against hostile action towards Iran, the message was clear: both military powers were showing solidarity with Tehran amid escalating political-military tensions.

A few examples illustrate the point. Shortly after the US-Iran crisis erupted, Moscow was on the move, backing Iran politically and militarily. On 7 January, Russian President Vladimir Putin made a surprise visit to Syria before visiting neighbouring Turkey. The aim was not just to show continuing support for the regime of Syria’s President Bashar al-Assad. The fact that Putin met with Assad at Russia’s regional operations and command centre was both symbolic and telling: Moscow keeps a close eye on regional developments and is ready to react to any form of escalation.

Following the visit to Turkey, Putin attended large-scale naval exercises held by the Russian Navy in the Black Sea. The timing and locale of the exercises was equally revealing – Russia was again showcasing its military might, including offensive firepower, as a warning to the US and its allies that it will not act as a passive observer should Iran come under attack.

Russia’s determination to contain US actions in the region was also highlighted by a near collision between Russian and US warships in the Arabian Sea on 9 January, the same day as the Russian naval exercises in the Black Sea. Russian intelligence-gathering vessel RFS Ivan Hurs nearly hit the USS Farragut destroyer while shadowing operations of a US aircraft carrier battle group in the area.

Russian air defence units have been closely monitoring airspace over and around Iran and probably sharing intelligence with Tehran. On 17 January, Russian Foreign Minister Sergei Lavrov stated that at least six fifth-generation F-35 tactical aircraft were spotted near Iranian airspace shortly after Iranian missile attacks on US facilities in Iraq.

Russia’s stance on foreign intervention in Iran is likely driven by several considerations:

In addition, other factors may influence Moscow’s behaviour:

Still, it would be premature to assume that Russia has unconditionally taken the side of Iran. On one hand, Moscow used an array of diplomatic and military signals to demonstrate that Iran is not alone, and that unilateral action will not go unanswered. On the other, it applied pressure on Tehran to restrain its actions and avoid further escalation.

Despite the two countries’ improved bilateral relations, strengthening strategic dialogue, and increasing economic and military cooperation, Iran is a partner of convenience for Moscow – not a close friend or a client – and there is little doubt that Russia has benefited from the killing of Solemaini, who was instrumental to Iran’s strategic leverage in Syria, a concern for Moscow for some time. His death will have serious long-lasting impact on Iran’s capacity to influence the Asad regime and on the freedom that Iranian-backed units exercised in Syria. Putin’s surprise visit to Damascus indicates that Moscow was quick to fill the power vacuum and show Asad the dominant factor now in Syria.

Moreover, the Russian budget profited from the hike in oil prices.

Moscow’s involvement highlights both the complexity and the potential fragility of the Iran crisis, especially when two nuclear powers provoke each other against a backdrop of regional tensions. In Syria, there have been a number of reports of Russian and US forces blocking each other’s operations. In the absence of an immediate political solution and a desire to defuse tensions, the crisis in the Gulf will continue to be a ticking time bomb.

Previous Article
Book Review: Can we do good without it really costing anything?
Next Article
Wuhan coronavirus: How upfront has Beijing been?

There are advantages to staying neutral in a clash destined to change the shape of Europe.
Elliot Brennan 21 Dec 2017 09:46

In a climate of hyperbole, a series of careful reports have proved distressingly prophetic.
Derek Gwali Futaiasi 11 Feb 2022 12:00

A Covid-19 outbreak so soon after community unrest has left state institutions playing a catch-up game.