The safeguards in Australia’s intelligence ecosystem

Robert Hope laid out down operating principles to ensure the intelligence community is properly managed and accountable. 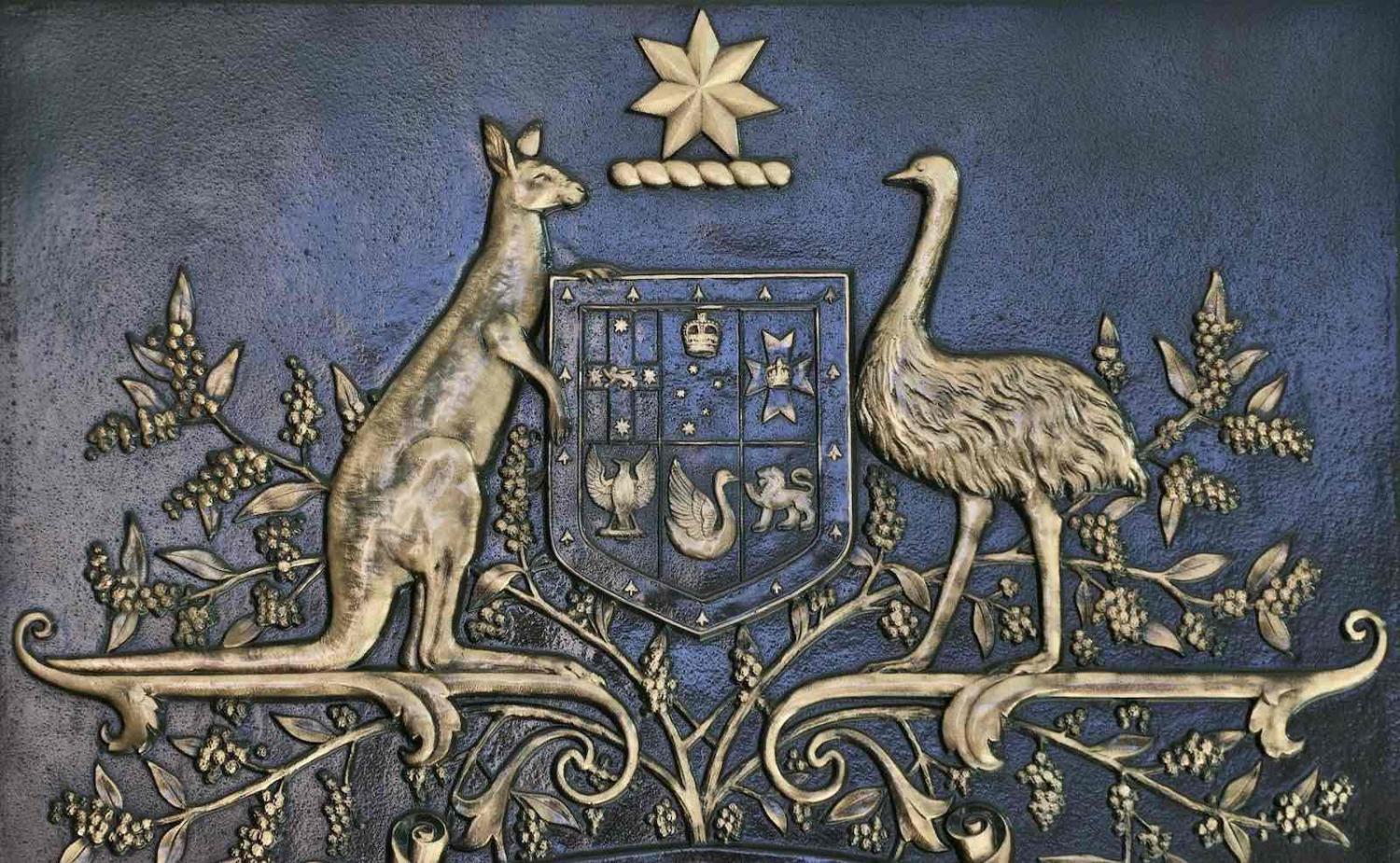 It is the frustrating lot of members of the intelligence community in a liberal democracy to suffer the alarums raised by habitual conspiracy theorists, the slings and arrows of outrageous civil libertarians and castigation by the press and public for any perceived intelligence failure. And they must endure all this in silence, for intelligence successes must be like dying beggars for whom no comets are seen. Sources and methods must always be protected.

Sir Rodric Braithwaite, one-time Chairman of the UK Joint Intelligence Committee, summed up the dilemma of the intelligence professional in 2003:

The subject of intelligence attracts attention out of proportion to its real importance. My theory is that this is because secrets are like sex. Most of us think that others get more than we do. Some of us cannot have enough of either. Both encourage fantasy. Both send the press into a feeding frenzy. All this distorts sensible discussion.*

But, Braithwaite argued, “We cannot do without secret intelligence to defend ourselves against enemies who are themselves operating in secret.”

Braithwaite’s contemporary and former Home Office head Sir David Omand defined the most basic purpose of intelligence as “to improve the quality of decision-making by reducing ignorance.” In Australia, the intelligence function informs governments, our military and our law enforcement agencies in the promotion of our national economic and social well-being, as well as protecting the security and lives of citizens. 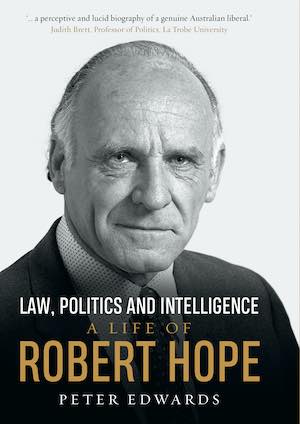 The necessity for a national intelligence capability was a key judgement reached by Justice Robert Marsden Hope, who is the subject of a deeply perceptive and overdue biography by Peter Edwards, A Life of Robert Hope. Edwards’s book examines hugely important themes in Australian politics and government through the life of a man who made an enduring and important contribution to Australian life.

Hope had been asked by Prime Minister Gough Whitlam in 1973 to head a Royal Commission into Intelligence and Security in Australia. Hope’s multi-volume report, finalised in 1977, examined the rationale, operations and performance of the individual Australian intelligence agencies set up after the Second World War – the Defence Signals Bureau in 1947, the Australian Security Intelligence Organisation in 1949 and the Australian Secret Intelligence Service in 1952, alongside the defence assessment agencies. A second Royal Commission into intelligence and security, commissioned by Prime Minister Bob Hawke, ran from 1983 through 1986. In between, Hope conducted a review of protective security focused on improving security coordination between state and federal law enforcement agencies, ASIO and other government authorities.

Taken together, Hope’s recommendations, progressively adopted by Australian governments since 1977, provide a comprehensive and uniquely Australian legal and institutional framework for the oversight, management and operation of Australia’s intelligence services. When talking about intelligence, the political classes constantly stress the need to strike an appropriate balance between the dual imperatives to protect the security of the nation and the citizens within it, while upholding human rights and civil liberties. In my view, Hope’s framework went beyond a simple balancing of security and freedom. I interpret his work as seeking to integrate these two equally fundamental concepts into the way in which we govern and protect ourselves. You cannot have one without the other.

Hope’s recommendations provided for the first time a truly national intelligence machinery, in which individual agencies had clearly enunciated responsibilities and powers set down in legislation and were managed in accordance with the principles of responsible government. As a result, the ASIO Act was revised in 1979. ASIS, the by-then renamed Defence Signals Division and the Australian Geospatial Organisation had to wait until the Intelligence Services Act was passed in 2001. Again, focusing on the requirement for national intelligence, he advocated a committee of responsible Ministers and relevant agency and departmental heads be set up; this subsequently morphed into today’s highly active National Security Committee of Cabinet.

Mindful of the legitimate concerns of civil libertarians (he had been the President of the NSW Council for Civil Liberties in the 1960s), Hope’s framework included a range of oversight mechanisms I now describe as a virtual ecosystem of safeguards. Activities which intruded on the privacy or rights of Australians required Ministerial warrants, which had to be justified by agencies requesting them; similarly with sensitive operations overseas. Ministers were required to sign off on clear operating procedures and processes. Internal and external accountability mechanisms were strengthened. A form of parliamentary oversight was established through the creation of the Joint Parliamentary Committee on Intelligence and Security. Adverse security decisions by ASIO affecting Australian citizens or residents became appealable in what is now the Security Appeals Division of the Administrative Appeals Tribunal.

Crucially, Hope recommended in his 1986 report legislation to create an independent statutory office of the Inspector-General of Intelligence and Security, with the powers of a standing Royal Commission to manage complaints and ensure the legality and propriety of the activities of the intelligence agencies, conducting reviews as appropriate. The importance of the public assurance provided by an independent and energetic Inspector-General cannot be overstated.

In 2018, the Turnbull government made major changes to the organisation of the Australian Intelligence Community (AIC) to improve coordination among its members. But Turnbull’s claim in his memoir that this was “the biggest reform ever made in the structure of our domestic security arrangements” is debatable. The basic structure and operating principles of an integrated AIC were laid down by Hope in the 1970s and 1980s. They remain the essential foundation upon which the AIC serves Australia as a properly managed, accountable community operating under the rule of law.

The intelligence and security reviews were not the sum of Hope’s extraordinary contribution to Australian public life. Edwards portrays Hope in his roles as a family man, jurist and law reformer, a patron of the arts, a concerned supporter of indigenous Australians and conservator of the national estate, Chancellor of the University of Wollongong for 22 years and a lifelong civil libertarian (although his old Council of Civil Liberties turned against his endorsement of ASIO, seeing it as an act of betrayal).

For me, who as a junior Foreign Affairs officer was assigned to liaise and travel overseas with the Judge during the first Royal Commission on Intelligence and Security, Edwards’s portrait rings true. I learned much from Hope’s always stimulating and formidably forensic intellect. He was also quickly tetchy with incompetence or dissembling, particularly when he saw through the machinations of the Canberra mandarins of the 1970s seeking to protect their patches. Little did I know 30 years later I was to be a beneficiary of his practical wisdom and foresight when I was assigned to serve in two of the intelligence agencies he had done so much to reform.

Previous Article
Can Joe Biden set the stage for a renewal of American leadership?
Next Article
Can Trumpism live without Trump?

We should resist the tendency to treat the changes we are seeing as one-offs.
Mubashar Hasan 1 Sep 2021 06:00

Transnational authoritarianism: return of the strongmen