China’s citizens are finding increasingly creative ways to make their voices heard during the pandemic. 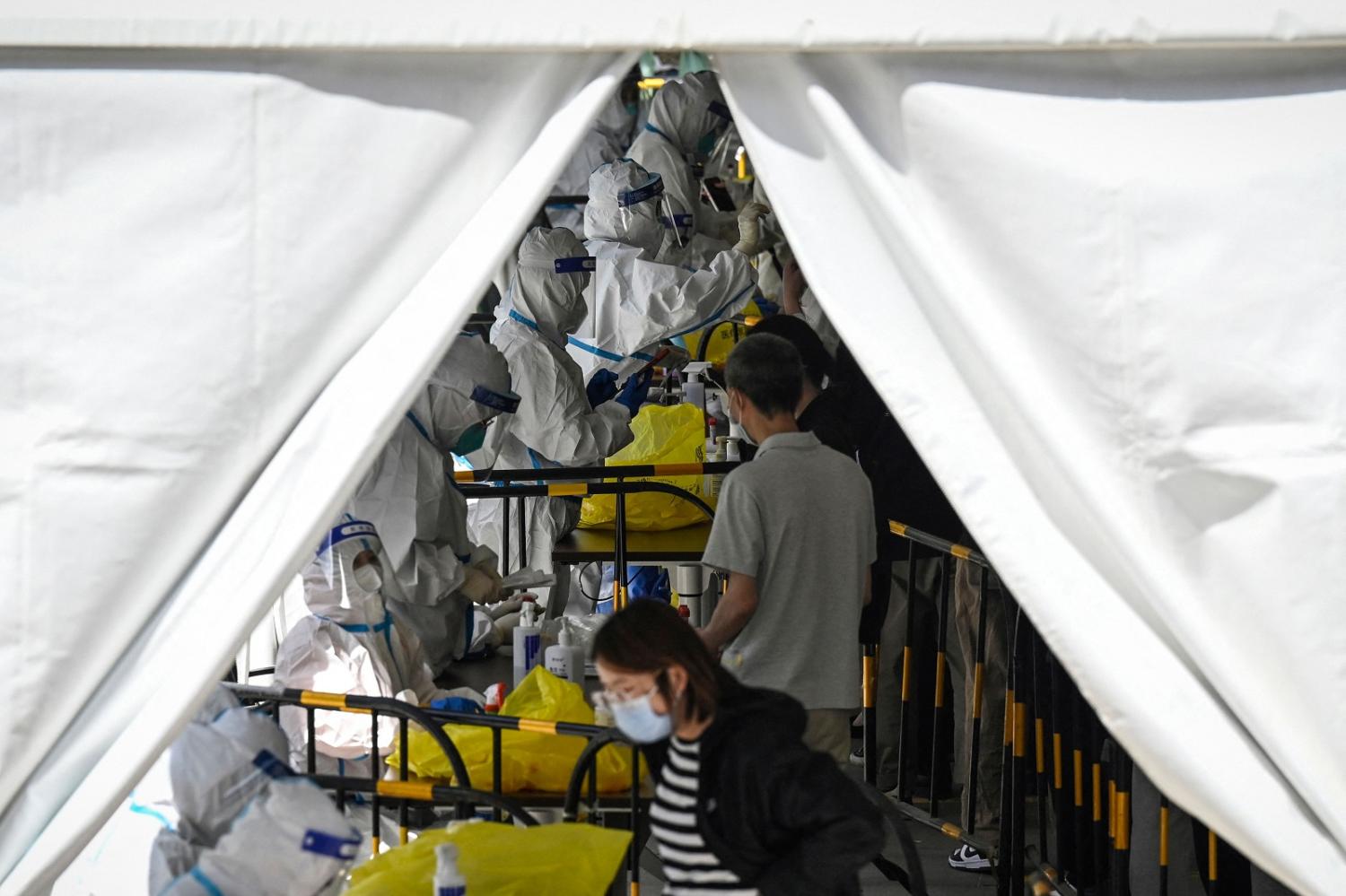 The Shanghai lockdown following a Covid-19 outbreak last month saw the most stringent restrictions placed upon a Chinese city since the pandemic began. Although Chinese civil society may be heavily circumscribed, a stituation exacerbated by Covid, civic action and protests have continued to occur throughout the country over the last two years.

Voices of April, an online video that has gone viral, documents the current reality in Shanghai. It contains a collection of audio snippets of official government announcements interspersed with the voices of Shanghai residents describing their ordeal during the lockdown. It documents the human suffering caused by China’s harsh zero-Covid policy, where the cry of a baby can be heard as it is separated from its parents under strict quarantine rules.

Since its initial posting on Chinese social media platforms on 22 April, the video has been shared widely across WeChat and Weibo. But as with all things viral and seemingly critical of government policies, the video was swiftly taken down and references to it, such as “April” were censored. An online backlash ensued and Chinese netizens found creative ways around the censorship, for example, posting the video upside down or embedding it in cartoons. However, the author of the video has now apparently urged people to stop re-sharing it as he doesn’t want it distributed in directions he never intended.

As one man in the Voices of April noted, “The virus won’t kill us, but hunger can.”

The very act of reformatting the video to dodge censors, along with posting and sharing are indicative of the vibrancy of collective action in China today, albeit online. These online collective actions are not unique to Shanghai. The death of Dr Li Wenliang, one of the whistle-blowers at the onset of the pandemic, and the censuring of his social media posts as he tried to warn the public about the virus, generated similar online mobilisation. Images of doctors Li Wenliang and fellow whistle-blower Ai Feng, along with accompanying stories and posts, have been reformatted and shared in various ways by millions of netizens.

Wuhan’s April 2020 lockdown might have shown greater national resolve and support for harsh government policies, but in the two years since then, China and the world have learnt something about the virus and that knowledge – however limited – may very well sow division. As one man in the Voices of April noted, “The virus won’t kill us, but hunger can.”

It might be easy to assume that China has been devoid of civil society activity since the onset of Covid-19 or even since President Xi Jinping came to power, but that is not the case. Under Xi’s turn to authoritarianism over the past decade, collective action has continued to grow, and certainly hasn’t been confined to online. In 2020, the number of labour strikes across all sectors of China’s workforce totalled 801. By the end of 2021, this number had increased to 1,093.

Nevertheless, the confluence of Covid-19, zero-Covid policy and existing restrictions on Chinese civil society presents a bleak picture. With the 20th National Party Congress around the corner, any activism will be stamped out quickly. If there is a silver lining, it may be that the nature in which Voices of April has been shared shows just how connected Chinese citizens are to global online civil society, despite the Great Firewall.

Worrying signs suggest these most consequential of climate change talks are being set up for failure.
June Ma, Rohan Pitchford, Rabee Tourky 14 Apr 2020 14:30

Protectionism, either within or between countries, is a sure way of achieving a prolonged recession.
Tom Chodor 22 Apr 2020 14:00

The supposed “premier forum” has by and large failed to rise to hopes of a broader mandate.