The pandemic has shown how easily most people accept surveillance, and the government’s enthusiasm for new forms of it. 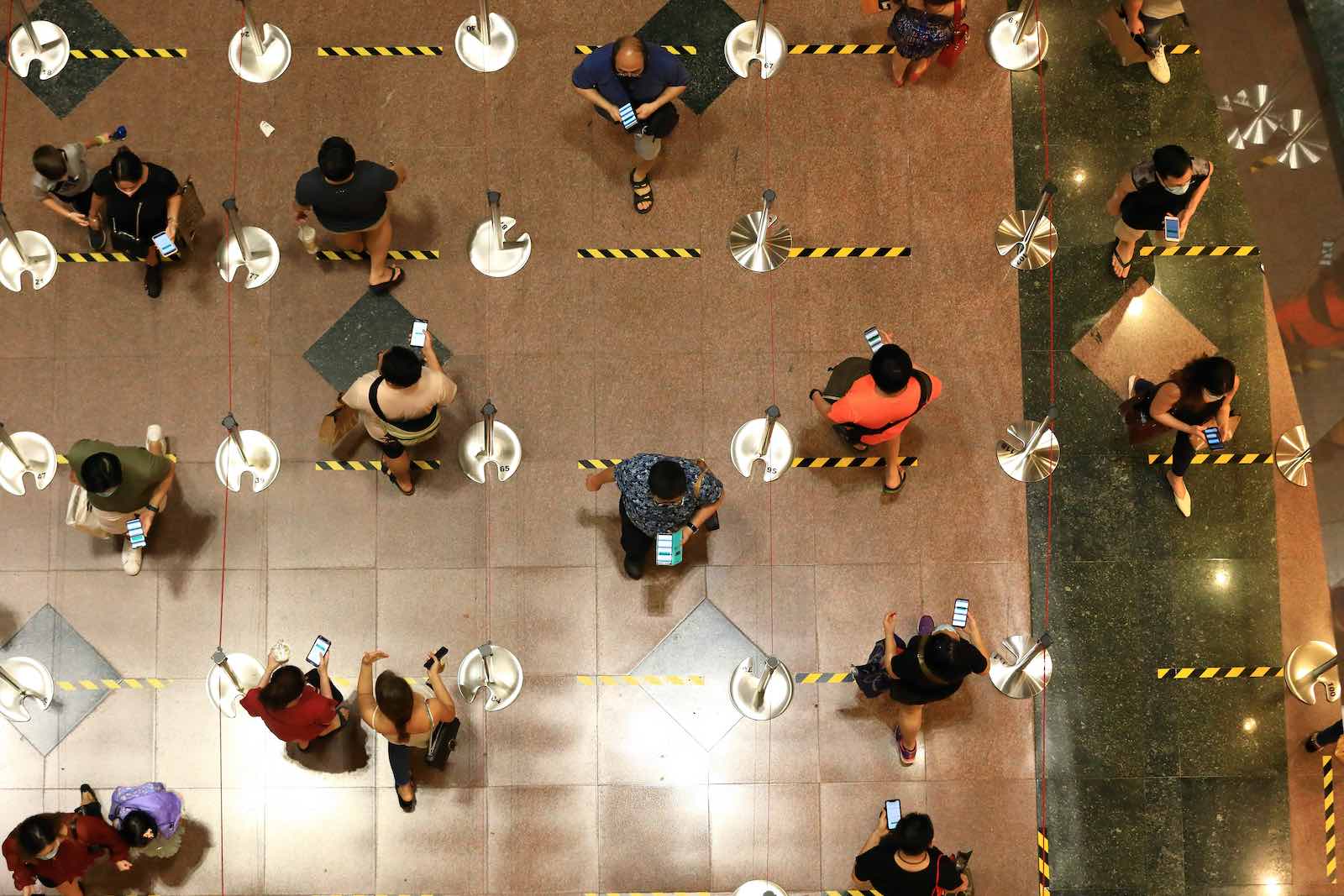 Life in Singapore during the pandemic has become about tracking, tracking, tracking. Wherever one goes, one has to scan QR codes that log entry into malls, restaurants, shops and office buildings. For those who have just arrived on the island, it might seem like an uncomfortable intrusion into people’s daily lives and movements. For most Singaporeans, though, this level of tracking – introduced for the purpose of Covid-19 contact-tracing – has become a “new normal” way of life.

There’s no right to privacy enshrined in the Singapore Constitution, even though it’s recognised as a human right in the Universal Declaration of Human Rights. Surveillance and privacy intrusions are not only normalised, they’re sometimes even actively proposed; for instance, a ruling party parliamentarian has been calling for the use of technology to monitor and enforce bans on smoking at the windows and balconies of people’s own homes, as a way of dealing with the harms of second-hand smoke.

These measures are generally presented to Singaporeans as a fait accompli. There is little or no discussion prior to their implementation.

The Singapore government is an enthusiastic adopter of technological “solutions”, often involving the collection of more and more data. Covid-19 has only encouraged this streak: apart from the QR-code system requiring individuals to check in and out of public locations, there’s also TraceTogether, the Bluetooth app or dongle that pings close contacts. The government is also going to roll out gantries that are essentially Bluetooth beacons – a move that it has framed as offering increased convenience during the pandemic.

Beyond Covid-19, there have been other developments that have rung alarm bells with the privacy-conscious while failing to trigger much concern elsewhere. The government has confirmed that almost 90,000 police cameras have been installed across the island, with more to come. The Immigration and Checkpoints Authority has announced that iris and facial scans will become the predominant biometric identifiers for immigration clearance. Facial recognition and verification has also been rolled out as part of the government’s Smart Nation programme, including being tested on lampposts.

These measures are generally presented to Singaporeans as a fait accompli. There is little or no discussion prior to their implementation; they are merely announced and heralded as bringing improvements to our lives, even though it’s not entirely clear how much of a benefit saving a few minutes (if not mere seconds) at a gantry might be, when weighed against the privacy and security risks inherent in large-scale collection and storage of personal data.

The issue of privacy burst into the public discourse for awhile at the beginning of this year, when the government admitted that, contrary to previous promises, data collected by digital contact-tracing systems could be obtained by law enforcement for their investigations under the Criminal Procedure Code. Following public outcry and criticism, legislation was introduced to limit law enforcement’s access to such data to investigations into serious crimes such as kidnapping, rape, murder or trafficking drugs in amounts that could attract the death penalty.

While the new legislation was framed as a way to protect Singaporeans’ privacy, it effectively also legitimised and formalised the use of contact-tracing data for more than contact-tracing. But it was enough for talk of privacy to die down, even as the expansion of digital surveillance continues apace.

This lack of regard for privacy rights in Singapore affects different segments of the country differently. While the TraceTogether contact-tracing system is still voluntary for most Singaporeans, it (and other apps that conduct monitoring and surveillance) has been mandatory for migrant workers living in dormitories for months. Spaces frequented by migrant workers have also long been subjected to more policing and surveillance than other parts of the country. Between 2016 and 2020, the number of police cameras in Little India – a district popular with South Asian migrant workers – leapt six-fold from 34 to about 200. Migrant workers, though, have little leverage or power to complain or speak out about these intrusions into their privacy.

Another group of people particularly affected by a lack of focus on privacy rights are prisoners. By definition, incarceration involves the loss of freedom, as well as some measure of privacy. But the invasion of privacy in Singapore’s prisons goes beyond what can legitimately be justified as necessary for administration and order.

Based on testimonies from previously incarcerated people, there are surveillance cameras in every cell. The Singapore Prison Service boasts of a “Prison Without Guards” strategy, where technologies like facial recognition, video analytics and artificial intelligence are used to do head counts, as well as monitor inmates and detect “aggressive and abnormal acts”. (The prison service leaned so hard into the idea of constant surveillance that it used to name its newsletter Panopticon, only changing it in 2019, following criticism.)

Privacy breaches in prisons have even reached a level where they could have implications on inmates’ right to fair trials. While the prison service is allowed by law to open, read, and make copies of inmates’ correspondence with their families, friends, and, most problematically, their lawyers, the prison has gone beyond its remit to forward copies of such correspondence to the Attorney-General’s Chambers (AGC), the state organ in charge of prosecuting criminal offences.

This was acknowledged in a 2020 Court of Appeal judgment for an appeal brought by two death-row inmates. In the course of proceedings, it surfaced that communications between the inmates and their families had been copied and sent on to the AGC.

“There is an expectation of confidentiality in a letter or document shared between private parties,” wrote the Court of Appeal in the judgment.

“These are documents and information that the [Singapore Prison Service] has access to by virtue of its administrative role […] to screen and record letters, but there was no legal basis in the form of a positive legal right to forward copies of the same to the AGC.”

In a society where privacy has been either trampled upon or traded away in favour of speed and convenience, privacy breaches affecting death-row inmates hardly ping on the radar at all.

Those weren’t isolated cases. A High Court judgment released in March 2021 confirmed that apart from these two inmates, another 11 death row inmates had had their private correspondence forwarded to the AGC without their consent. In some of these cases, the correspondence was between inmates and lawyers. The AGC has claimed that it did not derive any advantage from the possession of such correspondence, but there has not been an independent inquiry into the matter.

So far, this issue has largely been treated a matter of administrative processes and institutional oversight. Despite the serious implications for due process and fair trials – especially in relation to the death penalty – the matter has failed to get traction among members of the Singaporean public. In a society where privacy has been either trampled upon or traded away in favour of speed and convenience, privacy breaches affecting death-row inmates, who are already seen as deserving of punishment and humiliation, hardly ping on the radar at all.

“If you have nothing to hide, why worry?” is a common mindset in Singapore. People know that their privacy is being sacrificed in many cases, but feel like they won’t be affected by the ill effects. If you’re not committing a crime, why worry what data the state is collecting about you? If you’re not a migrant worker or a prison inmate, why get upset about what won’t affect you?

What’s less considered is the sheer volume of data, and the variety of types of data that the state is collecting, allowing it to piece together people’s lives with much more detail than we might realise.