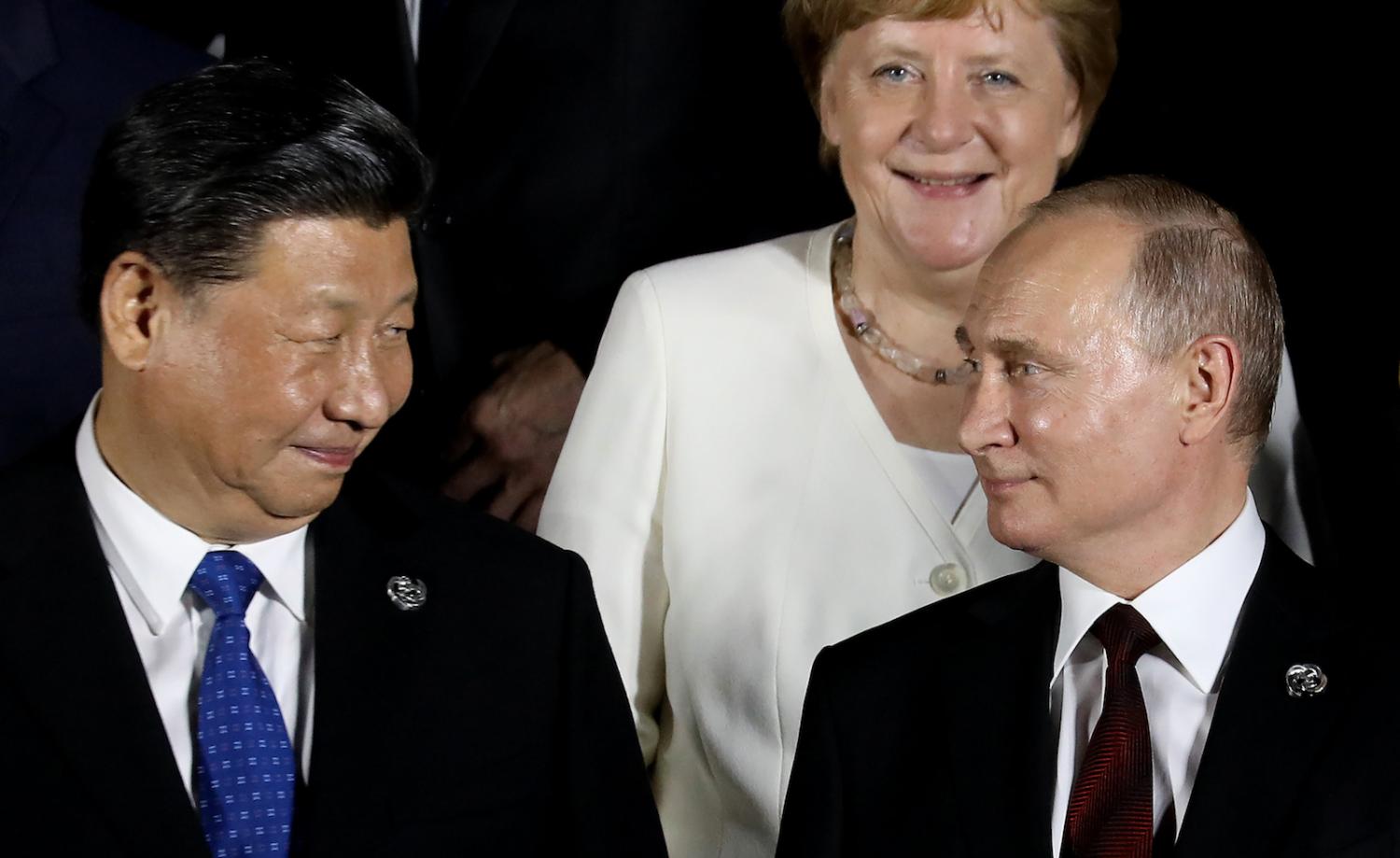 On 3 October, Vladimir Putin confirmed that China and Russia have forged a multidimensional alliance in economics, politics, and defense. This announcement both confounds the many observers who refused to accept it as a possibility and significantly transforms the stakes not just in Asia, but in global politics. We must therefore attempt to assess the new alliance’s significance for Australia.

Australia has significant interests in Northeast Asia and the issue of Korean nuclearisation, which this alliance directly affects. Indeed, since at least 2017, if not earlier, Moscow and Beijing have fully supported North Korea’s nuclear diplomacy, demanding prior Western concessions before committing to any semblance of denuclearisation. Both governments openly violate the sanctions on North Korea (which they supported in the Security Council), and Russia provides it with hydrocarbons. Neither China nor Russia has criticized the ten North Korean missile tests since March, although they portend a major enhancement of the DPRK’s missile and nuclear capabilities. They have instead supported Pyongyang and paid no attention to North Korea’s increasingly shrill warnings that it might resume nuclear testing unless Washington makes unilateral concessions to it. Finally, the suspicious resemblance of new North Korean missiles to Russia’s dual-use Iskander missile raises the issue of possible Russian missile proliferation in North Korea. Thus this alliance is already abetting the degradation of chances for a peaceful resolution of the Korean crisis.

In all likelihood, these two states, joined by common values and self-representation, will continue to perceive the West and America’s alliance system as being in decline. That perception could easily lead them to undertake ever more serious probes against Australia and its allies.

Likewise, Russia has moderated its stance on the South China Sea since 2016, towards a position more in harmony with Beijing’s interests and behaviour. It remains to be seen just how far Moscow will commit itself to supporting Chinese ambitions in the South China Sea, which threaten not only littoral states, but also the liberal principle of freedom of the seas, a vital Australian interest. Indeed, Moscow is currently drawing closer to Southeast Asian states given recent visits by Prime Minister Medvedev and Putin’s upcoming visit to the Philippines. But if Sino-Russian collaboration in Central Asia and Korea represent emerging trends, we should be anticipating greater Russo-Chinese collaboration in Southeast Asia, too.

A third dimension of cooperation is the military one. ASPI has just published a report outlining the robust and growing civilian and military high-tech cooperation between Russia and China. This cooperation not only yields new capabilities in hard military power, but also fosters bilateral cooperation in authoritarian innovation, namely cyber and information technologies – including artificial intelligence (AI), which has profound applications for commercial and military applications alike, and is no less important to the conduct of cyber and information operations, as well as intelligence operations. As the report’s authors indicate, “Such cooperation in new media, internet governance, and propaganda extends from technical to policy-oriented engagements.”

Inasmuch as Australian governments have awakened to the systematic efforts by China to blanket Australia with information penetration, subversion, and influence operations, any enhancement of China’s capabilities to extend its activities in these spheres must arouse vigilance. And when such capabilities are further enhanced by Russian science and with Russian governmental support, which has been active in similar operations and espionage in Australia for years, the resulting confluence of hostile probes should heighten authorities’ vigilance. This is particularly significant in light of the fact that we have also now seen Russian information outlets in Europe publicly campaigning on behalf of Chinese interests and operations in Europe, suggesting a closer collaboration than many have hitherto imagined.

In other words, from what we already know of the Sino-Russian alliance, it is likely to generate an increase in the scope and breadth of threats to Australia’s vital and long-standing interests. Apart from strengthening each other’s conventional and nuclear capabilities, this alliance has already made denuclearisation on the Korean peninsula more difficult and has possibly abetted missile proliferation there. Thus it has added to the threats currently ringing South Korea and Japan. Since Russia has attempted to pressure Japan to forsake its alliance with the US to get its own peace treaty, the failure of Russo–Japanese negotiations, despite seven years of Japanese efforts, suggests Tokyo’s serous miscalculation that it could somehow wean Moscow away from Beijing. The ensuing threat environment in Northeast Asia certainly impinges on Australia’s national interests and security, and threats to Australia’s domestic security and cohesion have now been magnified by the development of this alliance.

Therefore we can no longer rely on misplaced assumptions that a Sino-Russian alliance is unlikely. Even before Putin made his announcement, all the threat scenarios outlined here were present and growing. In all likelihood, these two states, joined by common values and self-representation, will continue to perceive the West and America’s alliance system as being in decline. That perception could easily lead them to undertake ever more serious probes against Australia and its allies. And even if they see their own societies as facing increasing threat, the evidence so far suggests that they see foreign adventures as a way to retrieve an eroding domestic situation. Thus this alliance, however it is interpreted, will in the foreseeable future enhance existing instability, which is no grounds for complacency.

If President Trump is serious about improving the capacity of the US military, then the USCG needs to be part of the package.
Edmond Roy 20 Feb 2019 06:00

The tea-seller turned prime minister may see another term in office despite lacklustre domestic and foreign policy.
John Edwards 17 Apr 2019 10:00