If NTJ is responsible for this complex, multi-target suicide attack, it probably got external help. 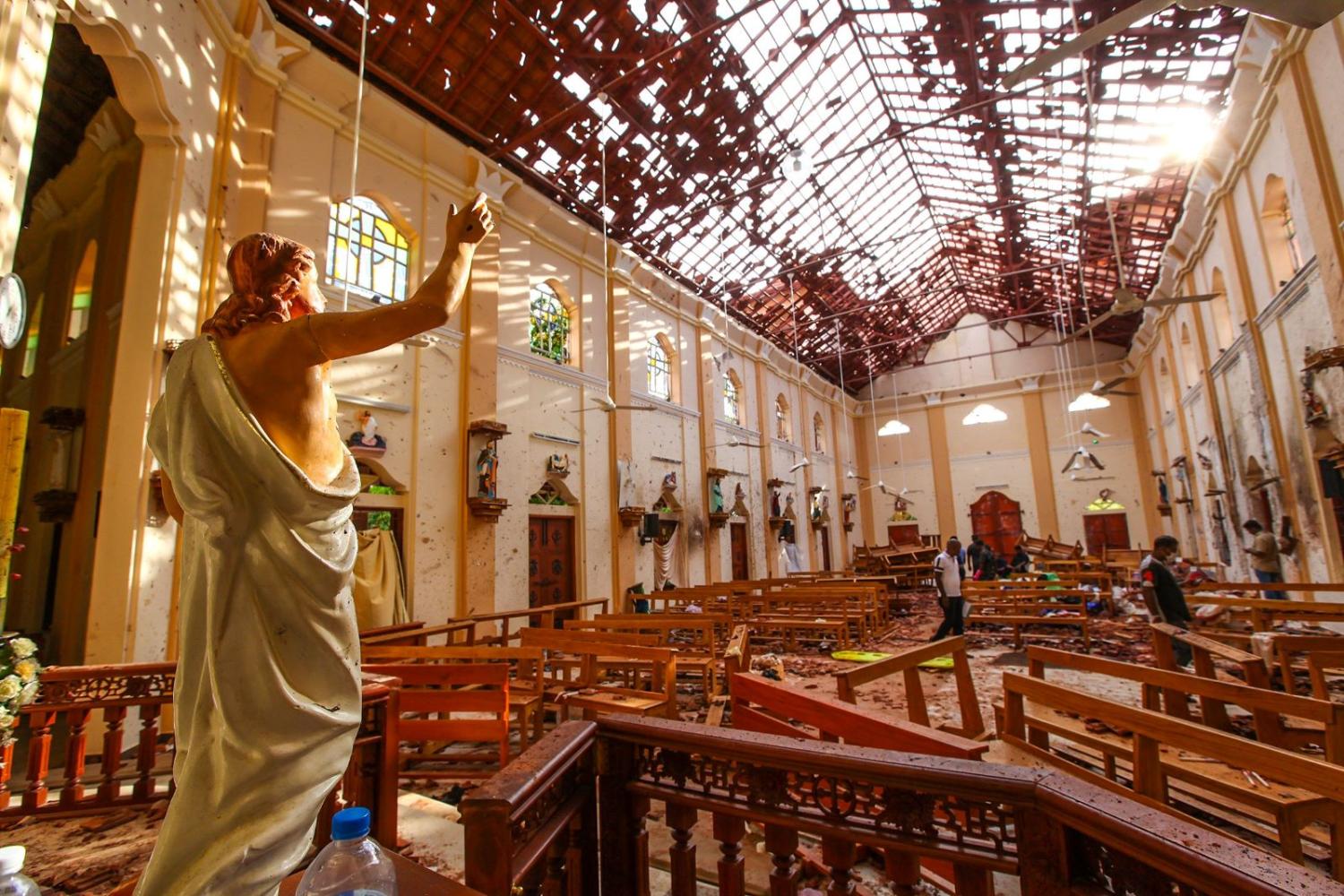 It is very early in the aftermath of the Sri Lanka terrorist attacks and like all such attacks, more information will emerge in the coming days and weeks.  But a few early observations:

1. This was a well planned and coordinated attack: seven suicide bombers attacking six targets on the west and east coast, all within 20 minutes of each other. Three attacks were in churches during Easter Sunday morning church services, which were heavily attended; the others were at hotels during weekend breakfast sittings. One hotel attack involved sequential suicide bombs. All the devices appeared to function, which indicates technical expertise. This was an attack designed to maximise Christian deaths in the churches and Western deaths in the tourist hotels, so it had an ideological component by targeting a religious community and possibly a higher strategic purpose by impacting on Sri Lanka’s tourism sector (the deaths of Westerners and those who served or socialised with Westerners might have been a welcome bonus).

NTJ had been suspected of vandalising statues of Buddha late last year. The leap from icon destruction to a complex, multi-target, coordinated suicide attack is enormous.

2. The choice of targets indicates an anti-government, anti-Western, anti-Christian terrorist group. Unfortunately, that usually points to a radical Islamist group. Without a confirmed claim of responsibility, the finger appears at the moment to point to a small radical Islamist group in Sri Lanka, National Tawhid jama’a (NTJ).There are reports that Indian and American intelligence services passed information to Sri Lankan authorities about planned attacks by the NTJ.

While ‘intelligence failure’ is an over-used and ill-defined term, if such information was actually passed on but not acted upon, this would definitely be considered a failure on the part of the Sri Lankan government. Depending on the level of detail available to authorities, such an attack may not have been entirely prevented, but it could definitely have been disrupted. The speed with which Sri Lankan authorities closed in on other suspects (three police officers were killed in these operations) suggests the security agencies had intelligence about the whereabouts of other cell members before, or very soon after, the attacks.

3. NTJ had been suspected of vandalising statues of Buddha late last year. The leap from icon destruction to a complex, multi-target, coordinated suicide attack is enormous. It suggests the group benefitted from external expertise in a short period of time, perhaps from someone with jihadist experience gained overseas, or perhaps technical support or training provided by others. Al Qaeda has an Indian subcontinent franchise and there are Islamic State-aligned Islamist groups in India. But in a country wracked by years of civil war, there would also be people with expertise in bomb-making in Sri Lanka. Whatever external support NTJ received, it appears to have been planning the attacks for some time. In January, Sri Lankan police arrested four people, and seized 100kg of explosives and 100 detonators, in a raid on a coconut plantation.

Vigils are being held in Melbourne for an Australian mother and her 10-year-old daughter who were killed in the Sri Lankan terror attacks.https://t.co/nFIULvsgEa

4. The lack of a claim of responsibility is puzzling. If it was NTJ then the speedy reaction by Sri Lankan authorities may have precluded a claim being made. But these things can be done online while the attacks are being launched. And if there was Islamic State involvement, then one would have expected a claim already. With the defeat of their caliphate, Islamic State needs to remind the world that it is still around, and mass-casualty attacks such as these are certainly part of their modus operandi. Islamic State has claimed responsibility for an attack on a Saudi police headquarters in Zulfi, 250km north of Riyadh, which was also carried out on Sunday.

5. For a brief period after the horrific attacks against Muslim worshippers by a lone gunman in Christchurch, Western attention shifted to right-wing extremism. But we should not take our eyes off the persistent threat posed by radical jihadist terrorism.Tens of thousands of foreigners travelled to Iraq and Syria to join Islamic State and thousands more have been convicted or await trial in their home countries for planning or supporting terrorist attacks, or supporting those who had joined Islamic State and other jihadist groups.

Australians have been killed in radical Islamist attacks in the US, UK, Saudi Arabia, Kenya, Tunisia, Indonesia, Iraq, Spain and now Sri Lanka, with two Australian deaths. Radical jihadist terrorism will remain a threat whose tentacles reach to every corner of the world where Australians live, work and travel.

A dramatic increase in lending (up almost threefold from the year 2000) will increase pressure on the ADB to approve new loans and create a pipeline of bankable projects.
Alexandra Wake 16 Sep 2019 14:00

Even in the age of 24/7 news, governments are good at keeping the cameras away from persecuted communities.
Sophie Raynor 2 Sep 2019 16:00