Nearly all want to go home, but Myanmar won’t grant the protections they need, and Bangladesh is out of goodwill. 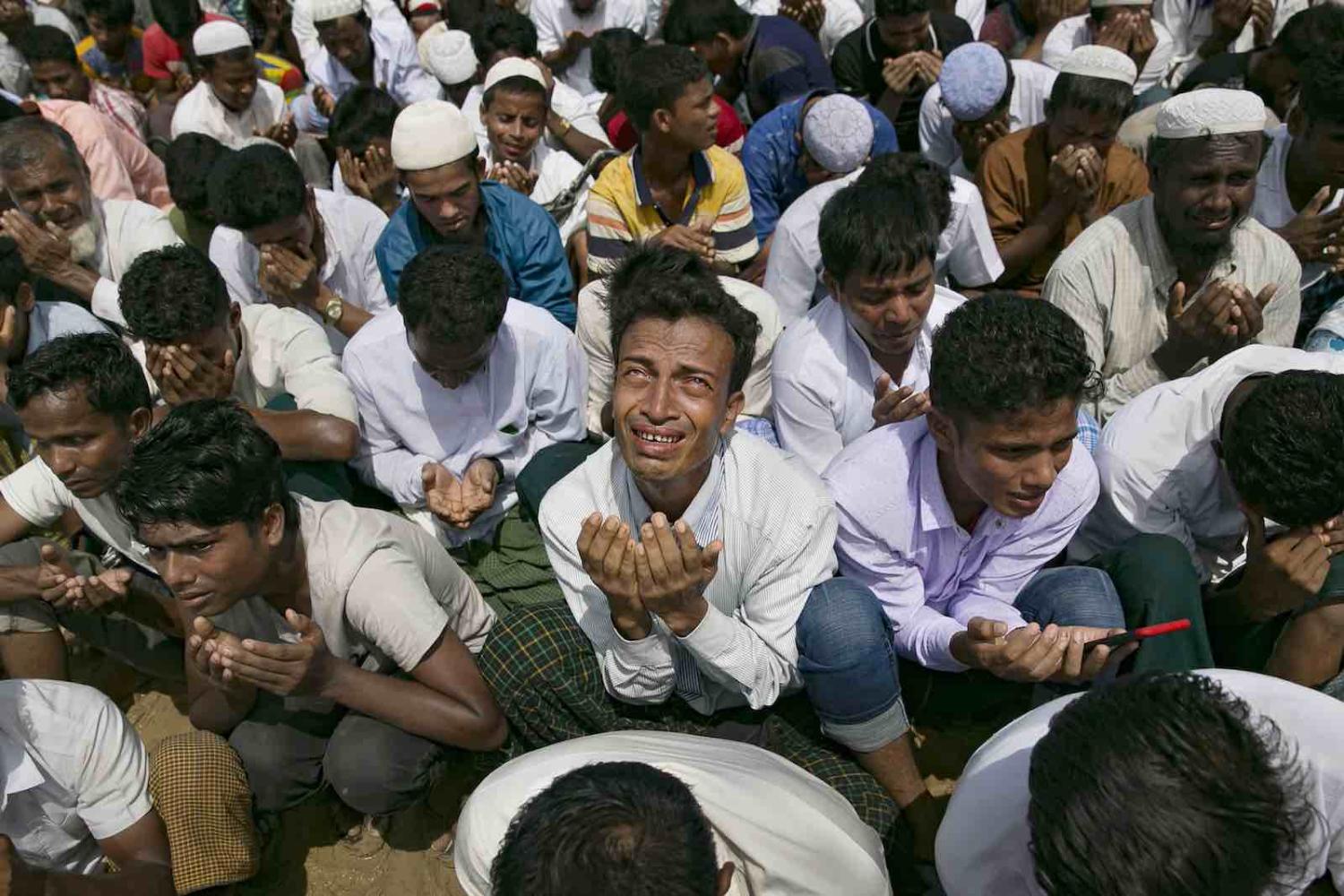 It has been two years since the forced exodus of Rohingya from Myanmar, and for about a million Rohingya refugees in Bangladesh, there is no sign of returning in the foreseeable future. The growing uncertainty of repatriation, diminishing international aid, and an aggrieved local host community have placed the government of Bangladesh in a more conservative mode – a significant change from its initial role as benevolent host.

After a failed repatriation effort in November 2018, Bangladesh arranged for another attempt on 22 August. Buses were waiting to take refugees on board, and Myanmar delegates were ready to receive them on the other side of the border. However, none of the 3450 refugees enlisted by Bangladesh and approved by Myanmar agreed to go back unless their demands were met by Myanmar authorities. Despite apparent frustration, the Bangladeshi authorities have not forcefully returned any refugees, still respecting the international customary law of non-refoulement.

The only hope Rohingya have is international solidarity and the pressure that comes from foreign advocates. So far, the UN has proved itself incapable of bringing Myanmar to account, and US influence is declining in this part of the world.

The failed repatriation effort, coupled with a massive rally of refugees in the camps on 25 August to commemorate “Rohingya Genocide Day”, initiated a series of furious actions by the Bangladesh government. The refugee relief and repatriation commissioner, the chief government official in charge of camps, and several other senior camp administrators were removed, while the foreign minister threatened to take away “comforts” in the camps and committed to transfering refugees to a remote, uninhabited island called Bhasan Char. At the same time, local media started to publish a series of reports about the Rohingya, often with derogatory claims, which have been shared in social media to further provoke a seething populace.

A survey by Xchange Foundation in March 2019 shows that 97% of refugee respondents would return to Myanmar if their rights were protected. During my fieldwork in the camps, I have also observed that Rohingya are keen to return home as soon as possible. Camp life has basic amenities, but cannot be considered a normal human life – it is a life devoid of its essence and without hope for the future. The demands of Rohingya in order to return can be summarized in four points: citizenship in Myanmar as Rohingya; justice for the murder, rape, torture, and other atrocities committed against them; return to their original home rather than to newly built camps; and safety after their return.

The Myanmar government is offering them to stay in transit camps for an uncertain time, which are likely to be another form of prison – more than 120,000 Rohingya were already living in similar camps after violent mobs destroyed their homes in 2012. And while the Myanmar government has agreed to take back the verified refugees in stages spanning a period of years, it has not agreed to fulfil any of their demands.

A central question is if Rohingya return home, can the Tatmadaw – the Myanmar military which committed the very atrocities that forced them to flee – now be entrusted to ensure their safety? Rohingya leaders and activists have suggested a “demilitarized safe zone” administered by the UN. The Bangladesh government has also been pushing the idea of a safe zone in Rakhine State by forces other than Myanmar’s military.

Very few outside Myanmar question whether the demands of the Rohingya are justified. Despite living in Rakhine State (formerly Arakan) for centuries, Rohingya have been denied citizenship. They are even denied their identity as “Rohingya” – Myanmar authorities designate them as Bengali. The powerful military, a majority of Burmese and Rakhine residents want to get rid of the Rohingya, and consequently no powerful interest group in Myanmar wishes them to return. The only hope Rohingya have is international solidarity and the pressure that comes from foreign advocates. So far, the UN has proved itself incapable of bringing Myanmar to account, and US influence is declining in this part of the world.

The only outsider with meaningful leverage over Myanmar is China. It is playing the role of mediator between Myanmar and Bangladesh, but it isn’t willing to put its own business and strategic interests at risk by putting excessive pressure on Myanmar. Another regional power, India, is competing with China for a better stronghold in the burgeoning Myanmar market, and other governments such as Japan and ASEAN states are uncomfortable taking direct action, for fear of compromising economic and political interests.

In such a dire situation, there is a potential that increasing support for a militant group like Arakan Rohingya Salvation Army (ARSA) will further destabilise the border areas and cause more suffering for civilians. Despite their continued persecution, the Rohingya remain the least violent ethnic group at odds with the state, in comparison to others in the frontier areas. If they turned to violence, many would be quick to label them terrorists, and security measures would be rapid and severe.

As long as they remain in Bangladeshi refugee camps, many Rohingya may try integrating into Bangladesh informally. The Bangladesh government, however, has already taken steps to prevent this happening, with restrictions on marriage between Rohingya and Bangladeshis, on movement, on education, and on livelihood outside the camps.

Currently, there has been a nationwide hunt for the officials who issued Bangladeshi nationality documents to some Rohingya, and the government is planning a barbed wire fence to surround the camps. There is also a strong possibility of waves of boat migration in the Bay of Bengal and the Andaman Sea, as happened between 2012 and 2015, when thousands of people took the dangerous journey to Malaysia.

The Rohingya crisis is a test case not just for international norms and diplomacy, but for our global conscience. It is not yet a case of the failures found in textbooks, when all we can say is, “Never again”. It is happening now, in our time.

Even in the age of 24/7 news, governments are good at keeping the cameras away from persecuted communities.
Alexandre Dayant 4 Sep 2019 11:00

Secret “swaps” might have led the US President to hang up on Malcolm Turnbull but the principle of the deal must stand.