A US view on Australia’s role in the Indian Ocean

Canberra’s diplomatic, legal, and military approaches to management of the Indian Ocean will be vital for US interests. 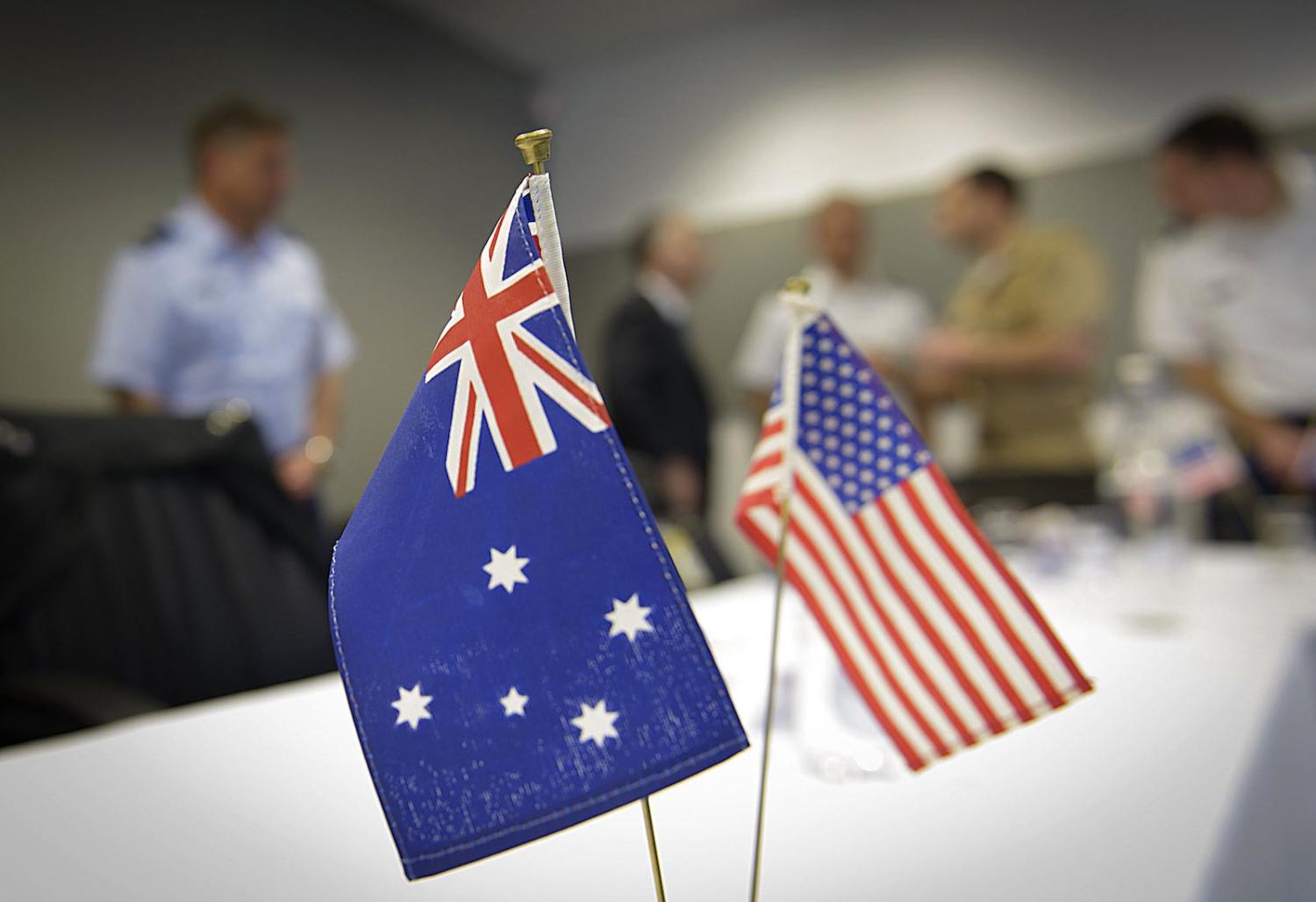 Washington needs Australia to be a leader in strategic thinking about the Indo-Pacific region (Photo: Chairman of the Joint Chiefs of Staff/Flickr)
Published 27 Sep 2019

Australia plays a critical role in maintaining strategic stability in the Indian Ocean and remains one of the United States’ closest allies on economic, diplomatic, defence, and intelligence matters. Canberra has been a thought leader in formulating the “Indo-Pacific” concept. Yet, even with the shift in US policy focus from the Asia-Pacific to the Indo-Pacific, US regional priorities will remain firmly entrenched in the Western Pacific. As a result, Washington needs Australia to be a leader in strategic thinking on how to approach the management of the Indian Ocean region.

US conception of the Indo-Pacific

Within the first year of the Trump administration, the “Indo-Pacific” phrase entered US policy documents through the December 2017 National Security Strategy, which discussed the importance for US interests of keeping this region “free and open.” The “Indo-Pacific” was subsequently referenced in the January 2018 Summary of the US National Defense Strategy. In May 2018, US Pacific Command was renamed Indo-Pacific Command (INDOPACOM).

US priorities remain mostly the same in the Indian Ocean, despite a broader regional focus. The geographic responsibilities for INDOPACOM, for example, have not changed, and its area of responsibility still excludes the western half of the Indian Ocean. This aligns with the conception of the Indo-Pacific in the National Security Strategy, defines the region as stretching “from the west coast of India to the western shores of the United States.” Consequently, the Indian Ocean remains segmented in US diplomatic and defence bureaucracy and secondary to US priorities in the Western Pacific and the Middle East.

However, this unchanged state of administrative planning does not mean that Washington will withdraw from the Indian Ocean, as feared by some regional observers recalling the United Kingdom’s actions 50 years ago. Multiple factors make clear that no “East of Suez” departure looms for US presence in the Indian Ocean anytime soon.

Despite former president Barack Obama’s “rebalance” to Asia and the return to great-power competition under the Trump administration, Washington continues to devote significant foreign policy attention to the Middle East and must manage threats to freedom of navigation in the Strait of Hormuz. Bahrain provides a key base for naval operations in the Western Indian Ocean. The base at Diego Garcia is central to US logistical support in the Indian Ocean. The United States’ affirmation of UK sovereignty of the Chagos Islands, despite the growing success of Mauritius’ legal and diplomatic campaign, illustrates continued US determination to maintain a presence in the Indian Ocean.

Australia’s contributions to US goals in the Indian Ocean

The Australian continent is situated between the Pacific and Indian Oceans, which gives the country a direct stake in both regions. As a result, Canberra’s diplomatic, legal, and military approaches to management of the Indian Ocean part of the Indo-Pacific region will continue to be vital for US interests. There are three clear examples.

One is Australia’s support for US interpretations of international law. In particular: Australia’s rejection of the May 2019 UN General Assembly resolution endorsing the International Court of Justice’s advisory opinion on the need for the UK to leave the Chagos Islands. Many US allies, such as France and Germany, abstained on this resolution, and the vote at the UN was overwhelmingly against the UK: 116 in favour, while only six were opposed. Australia’s vote against the resolution was welcomed by US policymakers seeking to maintain the United States’ presence in this vital location in the Indian Ocean.

Second, Australia’s military operations in the Indian Ocean advance US goals to ensure regional stability. In the western Indian Ocean, Australia is a member of Combined Maritime Forces, having both participated in and commanded the counterpiracy and counterterrorism task forces. Canberra lent crucial support to Washington by agreeing to contribute to a new mission to ensure safe passage of merchant vessels in the Strait of Hormuz ­– one of the few US allies that publicly declared its willingness to back this operation.

Finally, Australia has used its prominent roles to advance regional institutions such as the Indian Ocean Rim Association (IORA) – chairing the renamed organization in 2013–14 and drawing attention to illegal fishing in the Perth Communiqué – and the Indian Ocean Naval Symposium (IONS), chairing it in 2014–15 and finalising the IONS Charter. The US understands the limits of its standing in each of these institutions (being only a dialogue partner in IORA, and not having even observer status in IONS). Consequently, Australia’s role in participating in regional architecture is critical for promoting the US vision of a free and open region.

The US will continue to rely on its treaty alliance with Australia for assistance in maintaining regional stability. Beyond Australia’s role in sharing the US interpretation of international law in the South China Sea and support for military operations in the Middle East, its diplomatic and military activities are important for laying the foundation of Indian Ocean security and advancing norms for an open international order in the coming decades.

An emerging issue is in Antarctica, where Australia is playing an active role in conceptualising upcoming security issues in the nearby Southern Ocean, especially with regard to increasing Chinese equities.

Australia continuing to play this strategic role in areas outside the Western Pacific advances US goals for stability in the Indian Ocean and beyond.

This piece was produced as part of a two-year project being undertaken by the National Security College on the Indian Ocean, with the support of the Department of Defence. The views expressed are solely those of the author and not of any organization with which she is affiliated.

A recent election could shift the power balance between China and India in the Indian Ocean.
Hervé Lemahieu, Ben Bland 9 Apr 2020 14:00

COVIDcast Episode 6: Geopolitics and the pandemic