Supporting the victims of sexual violence in Myanmar

With the military often complicit in crimes, access to civil society organisations is increasingly difficult. 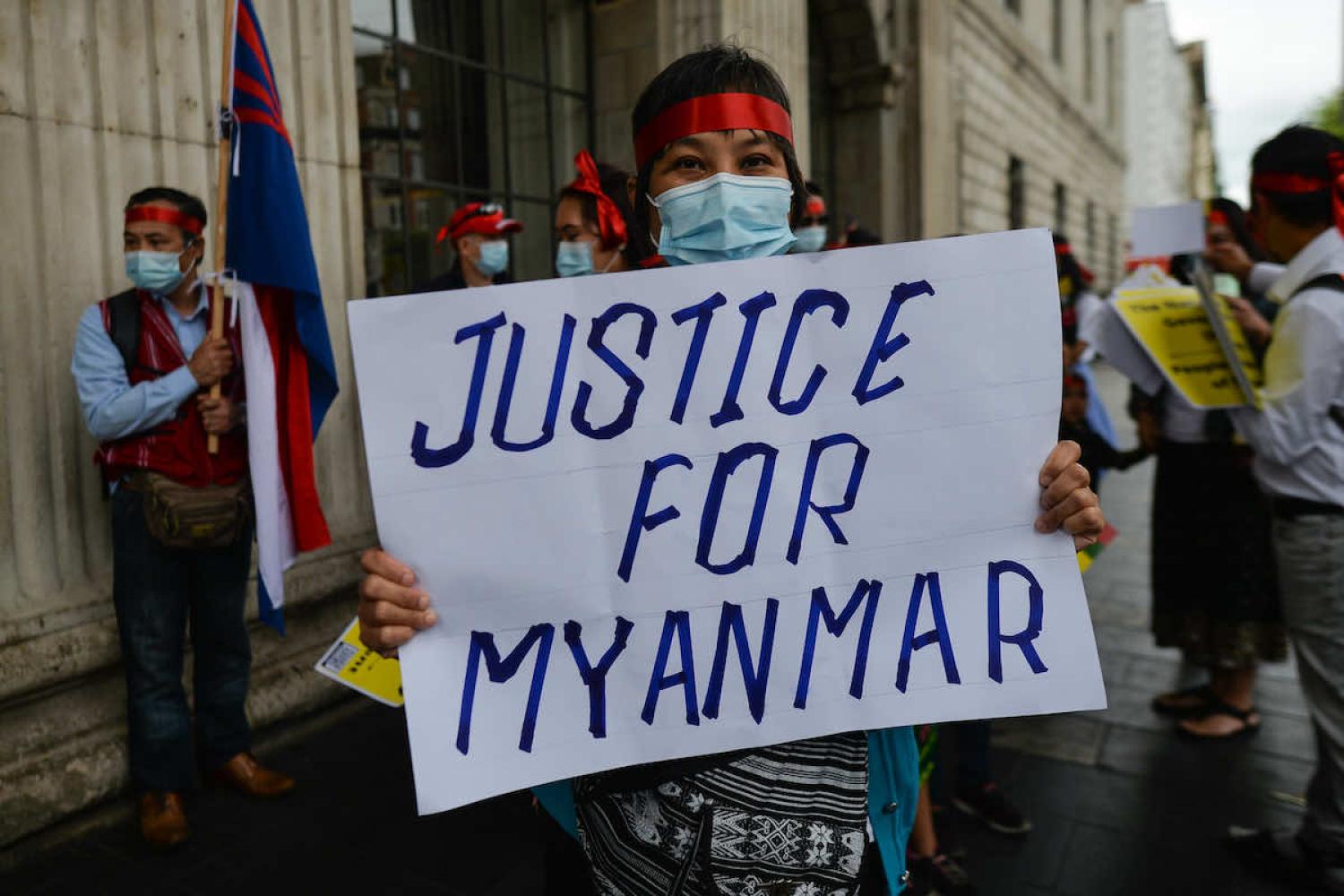 Conflict-related sexual violence has been a feature of fighting in Myanmar for decades – a crime explicitly singled out by the UN Secretary General since 2012. In most cases, Myanmar’s military, the Tatmadaw, is identified as the perpetrator of the crimes. Multiple forms of violence are recorded, from rape, gang rape, coerced sex, forced marriage to rape with additional brutality and killing, sexual slavery, and other forms of sexual violence.

The military coup staged on 1 February expanded the brutal crackdown across the country, and has again seen sexual violence and harassment against political prisoners recently reported in the media. This follows crimes of sexual violence in recent years mostly targeting minority-ethnic communities, such as Rohingya Muslim community in Rakhine State, which were widely reported as “a hallmark of the Tatmadaw”. Mostly women and girls are identified as targets of sexual violence, however, some reports identify men and boys as victims while under interrogation. Incidents of conflict-related sexual violence are often underreported due to stigma, concerns with personal safety, and limited services available to survivors.

To date, the coup has killed more than 800 civilians. Approximately 5,000 people have been detained, and arrest warrants issued for more than 1,900, including civil society activists, trade unionists, journalists, academics and social media influencers. In such a situation where it is unsafe for individuals to report acts of violence to the international community, it is unknown how many incidents of sexual violence are not being reported.

Even prior to the coup, access to survivor-centred care and justice was limited across the country; now the (mostly) civil society providers of these services are under immense pressure.

There are significant barriers for survivors to report (to whom would they safely approach?) and seek justice in the current political context, especially if members of security forces are implicated in the incidents. The Tatmadaw has consistently denied allegations that it has condoned and perpetuated sexual violence crimes but impunity for armed forces is widespread. History indicates that there are limited chances for the survivors to seek justice from the military-ruled regime.

Another concern is the limited first response care services safely available for survivors of sexual violence. Services are already inadequate in Myanmar. Since the coup, healthcare workers have joined forces with the civil disobedience movement and the majority of public health facilities are now non-functioning. The social and legal services in operation are under military control.

In the conflict-affected states fighting has escalated, and growing numbers of people are now displaced in remote locations with no or limited access to humanitarian services. International humanitarian aid is severely constrained due to Covid-19 pandemic, physical insecurity, banking disruptions, road blockages, and pre-existing access challenges.

In Myanmar, women-led and women-focused civil society organisations have been active for many years in peacebuilding activities, raising awareness of sexual violence and promoting women’s rights. They face significant barriers including a hostile conflict environment, a patriarchal, unrepresentative formal legal system, and unequal gendered norms that affect their own and survivors’ safety. These organisations are often the (only) bridge between international agencies such as United Nations and the local communities for delivering survivor-centered services due to their representation in the community, their ability to build trust and to overcome language barriers.

In recent months, the work of these women-led civil society organisations has been limited or paused in certain locations due to safety and administrative challenges. With frequent internet disruption, remote delivery of services is not an option nor safe. Even prior to the coup, access to survivor-centred care and justice was limited across the country; now the (mostly) civil society providers of these services are under immense pressure and difficulty to support survivors of sexual violence.

In Myanmar, and elsewhere, when international humanitarian actors access is restricted, local civil society organisations remain the only “first response” channel for the survivors of sexual violence. Local first responders do this work under immense political, security and logistic pressures. It is important to recognise the crucial role of local civil society response to conflict-related sexual violence.

When international programs are interrupted due to access and/or sanctions, the question for the international community is how to support the work of local civil society organisations who are leading the survivor-centred response at the front line.

Myanmar may hope to relieve international pressure over the Rohingya refugees, but a new arrangement with the UN could also lead to greater transparency in northern Rakhine State.
Andrew Selth 7 May 2019 15:00

Despite criticisms, sanctions and embargoes, Myanmar is strengthening military ties with neighbours and friends.