Since the reversal in 1923 by its nationalist leader Mohamed Kemal Ataturk of an earlier western-backed scheme for Kurdish independence, Turkey has done anything it could — diplomatically, militarily and politically — to prevent Kurdish autonomy taking root in Syria. Now, the Kurdish-controlled areas along Syria's border with Turkey have declared the creation of a northern autonomous region within the Syrian state.

Despite the complications it causes for relations with Washington, Ankara has consistently ranked its rejection of Kurdish separatist ambitions in Syria ahead of its concerns about ISIS. Its campaign against Kurdish empowerment caused the political affiliate of the Kurdish Workers Party (PKK), known as the People's Democratic Union (PYD), to be excluded from the Geneva conferences seeking to bring about a negotiated settlement of the Syrian conflict.

Turkey has attacked PKK military assets in Syria and Iraq, and withheld military support to the PYD as ISIS forces advanced on the border town of Kobane. It has facilitated the combat capabilities of Sunni jihadists and Turkmen fighters in Syria in order to limit the effectiveness of the PYD in the struggle to secure Aleppo from rebel forces. It has pursued a constructive relationship with the PKK's Kurdish rivals in Iraq, seeking to exploit inter-Kurdish differences.

The PKK is damned in Turkish eyes by its association with terrorism. More than sixty seven people have been killed, allegedly by Kurdish terrorist attacks, in the past two months.

However in marked contrast to the Syrian rebel factions fighting the Assad regime and contesting the military weight of the major Islamist rebel forces (Jabhat al-Nusra, Ahrar al-Sham and Jaish al-Islam), the PYD has demonstrated its value to the US in the campaign against ISIS. The PYD has reportedly developed positive ties to Western coalition forces now operating covertly in Syria. Despite a sophisticated media effort suggesting otherwise, the PYD is neither democratic in spirit nor willing to rise above sectarianism in pursuit of its military and political objectives. Crucially, however, it is willing and able to fight the one battle in Syria the US needs to win.

Despite the determination of Kurds in Syria to make full use of the weakness of the Assad regime at this juncture, the PYD's military fortunes depend upon receiving close air support from the US in respect of the threat from IS and from Russia in north-west Syria. ISIS may not be able to mount a serious challenge to the Kurds for much longer — with external support the military momentum in Syria has shifted in favour of the Assad regime, and the Kurds and their allies. But in the absence of such strong external backing for the Kurds, Turkey will continue to have both the motivation and the expeditionary capability to crush the PYD if it deems that to be necessary.

Moreover, preventing secession from Syria will remain an important goal for the Assad regime, as well as its Iranian backers. And since both Turkey and Syria have a common interest on that score, fear of Kurdish autonomy becoming a springboard to secession may serve as an incentive for Damascus and Ankara to bridge their differences, once the tempo of the Syrian conflict winds down.

Alternatively, if its wounds with Turkey do not heal, Syria could choose to be more agile in response to the Kurdish move. It could maintain a formal rejection of autonomy, and yet still use the possibility of turning on the tap of Kurdish secessionist activity against south-eastern Turkey. To put pressure on Ankara during the 1990s, while embroiled in a dispute with Turkey over water from the Euphrates, Hafez al-Assad sheltered PKK leader Ocalan. When that crisis eased, however, he allowed Ocalan to be delivered to the Turkish authorities, in whose custody he remains.

In other words, for reasons of national interest, and in keeping with the lessons of history, Kurdish hopes of independence are bound to remain at risk of being crushed by the Turks, Syrians and Iranians. While unwilling to abandon the dream of independence, their factions are unlikely to coalesce around a single policy approach toward Turkey, Iraq and other key regional players in order to bring that goal about. So in the absence of a more cohesive approach among themselves, the Kurds will remain a card to be played among regional states, none of whom have sympathy for Kurdish national aspirations.

It is difficult to see what US interests would be served by supporting Kurdish ambitions under such circumstances, especially when, for all its faults and failures of judgment, Turkey remains a key US ally in a growing contest with Russia. It is even harder to imagine the US providing military assistance to the PYD should its foes decide the time has arrived, once again, to curb Kurdish dreams of an independent state. 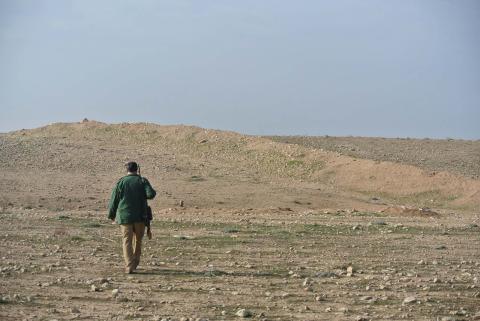