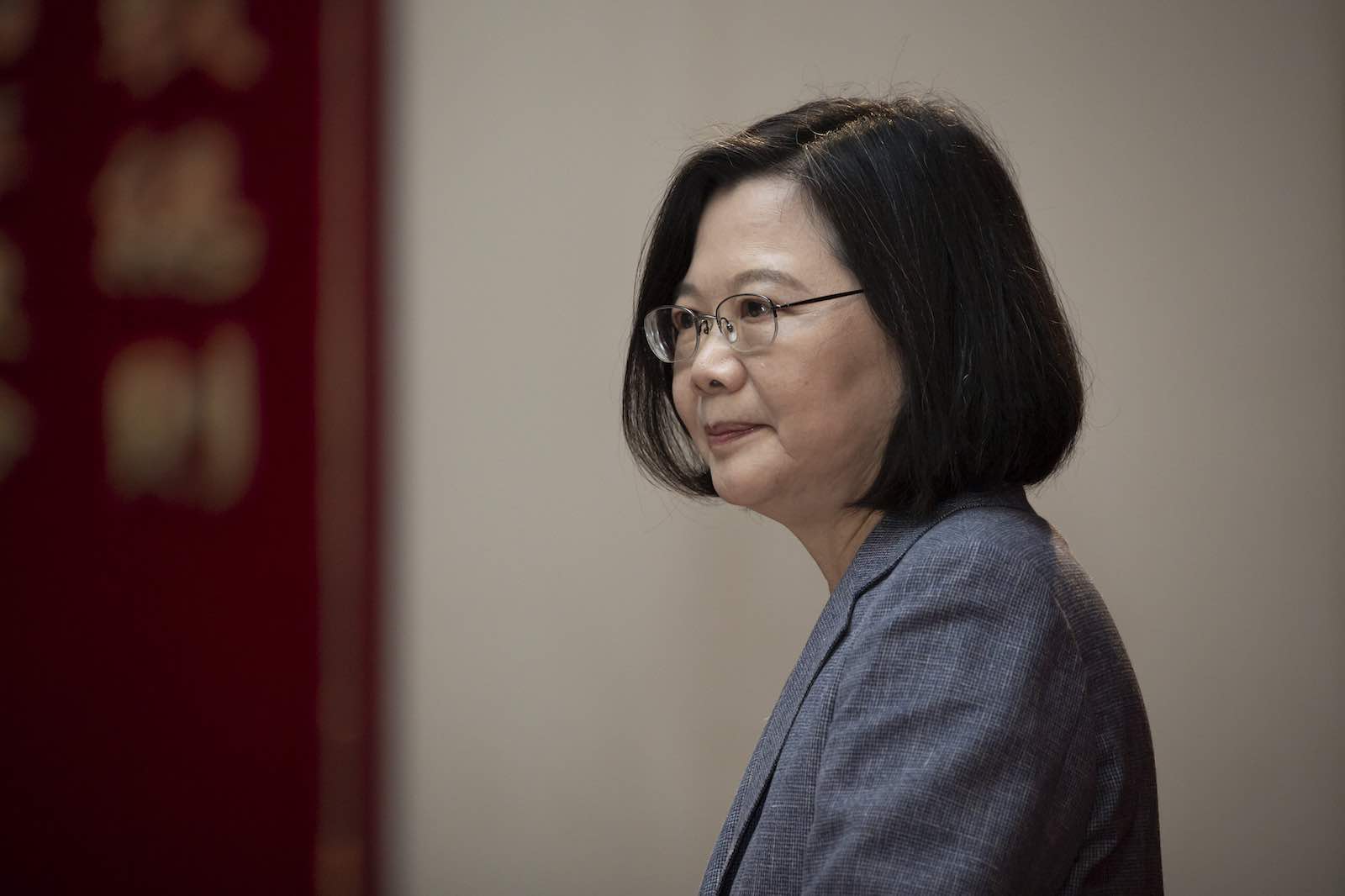 “The hills will be toppled and the earth will quake,” warned a metaphorically-minded Su Chi, former secretary-general of Taiwan’s National Security Council, ahead of Taiwan’s presidential elections last year. “If Taiwanese President Tsai Ing-wen were to be re-elected … cross-strait relations will likely deteriorate.”

Fortunately, cross-strait relations have not crumbled since Tsai’s landslide re-election in January 2020. The relationship isn’t exactly amicable, but it hasn’t gotten worse. Beijing has made its own calculations about the shifting geopolitical contours, yet Tsai has taken a prudent and cautious stance on cross-strait issues.

Most recently, this careful approach has been clear in Taiwan’s response to Beijing’s national security legislation for Hong Kong. After China passed the law last month, Taiwan’s Mainland Affairs Council – the institution with carriage of relations with mainland China – accused Beijing of brutally violating the rule of law in Hong Kong. Chen Ming-tong, Chairman of the Mainland Affairs Council described the legislation as “China’s imperial decree to its worldwide subjects”.

Yet Taiwan’s legal response to the Hong Kong issue was not nearly as tough as its statements. Unlike the US, Taiwan has not changed Hong Kong’s special status in Taiwanese law. Although aid to help Hongkongers was swiftly legalised, Taiwan’s “Laws and Regulations Regarding Hong Kong and Macao Affairs” was not suspended. The law grants Hong Kong a different legal status from mainland China. In response to Article 43 of the national security law, a rule that could threaten Taiwanese organisations in Hong Kong, Tsai expressed her concerns carefully, saying “should we find that the rules are having a negative impact on Taiwan and its people, the government will consider launching response measures”.

American promises to Taiwan may not be reliable, but Beijing’s staunch refusal to negotiate with Tsai leaves her no alternative but to lean on Washington.

Similar caution is evident in Taiwan’s semi-alliance with the US. Current US-Taiwan relations, in the words of Taiwan’s Foreign Minister Joseph Wu, are “better than any time before”. In addition to US Secretary of State Mike Pompeo addressing Tsai formally as “President” in his press statement to mark the beginning of her second term (the first US Secretary of State to do so), the US has also passed a string of legislation to back Taiwan’s de facto independence. An upgrade package for Patriot missiles in Taiwan marks the latest and the seventh tranche of arm sales approved by the Trump administration.

Nevertheless, Taiwan’s relations with the US may not be as smooth as they appear. Sceptics warn that the congressional support for Taiwan is not substantial, given it mostly allows the White House the choice to implement it or not. Former US national security advisor John Bolton’s revelation in his recently published book about US president Donald Trump referring to Taiwan as “the tip of a Sharpie” must have also left a vivid image in the minds of Taiwan’s officials. When the new Taiwanese representative to the US, Hsiao Bi-khim, compared Taiwan to a “war cat” – nimble, independent, lovable but with character – she may have been implying that Taiwan will not solely rely on the US. With a series of “independent defence” policies, the Tsai administration is not betting Taiwan’s security on wishful thinking.

Moreover, while American promises to Taiwan may not be reliable, Beijing’s staunch refusal to negotiate with Tsai leaves her no alternative but to lean on Washington.

Tsai has also been consistent in her strategy on mainland China. In both of her inauguration speeches, Tsai stuck to the formula of a “Constitution of the Republic of China” and the “Act Governing Relations between the People of the Taiwan Area and the Mainland Area”, navigating the prickly issues of nomenclature.

Both the opposition Kuomintang and the Chinese Communist Party in Beijing have accused Tsai of jeopardising cross-strait relations by being unwilling to confirm the so-called “1992 consensus” – the notion that it is generally agreed that mainland China and Taiwan belong to the same “China”. Yet Tsai has declared herself open to dialogue with Beijing since 2016. Beijing, however, has refused to officially engage with the Tsai administration and has acted aggressively on Taiwan, such as by poaching seven Taiwanese allies during Tsai’s first term.

Tsai has continued with this “stable and consistent” cross-strait policy into her second term, even as the number of Taiwanese who view the Chinese government as an adversary rose to 73% and the rates of “Taiwanese” self-identification reached 67% – a historic high. The Mainland Affairs Council has been steadfast in naming the pandemic “Covid-19” rather than “Wuhan Virus”, despite most Taiwanese media and the public preferring the latter. A draft to emphasise “Taiwan” instead of the official title “Republic of China” on Taiwan’s passports was quietly shelved. Tsai also turned down an invitation to the Dalai Lama’s 85th birthday celebration, but issued a supportive tweet in the aftermath of China’s Changjiang River flood.

As others have privately observed, Beijing is often critical of Tsai for not giving in, while Washington complains she can be too cautious. Such an interpretation can be regarded as a compliment when it comes to serving Taiwan’s best interests.