Taking the air in north India

Smog and haze pollution in India might be just bad enough to bind the will for action – although the odds aren't good. 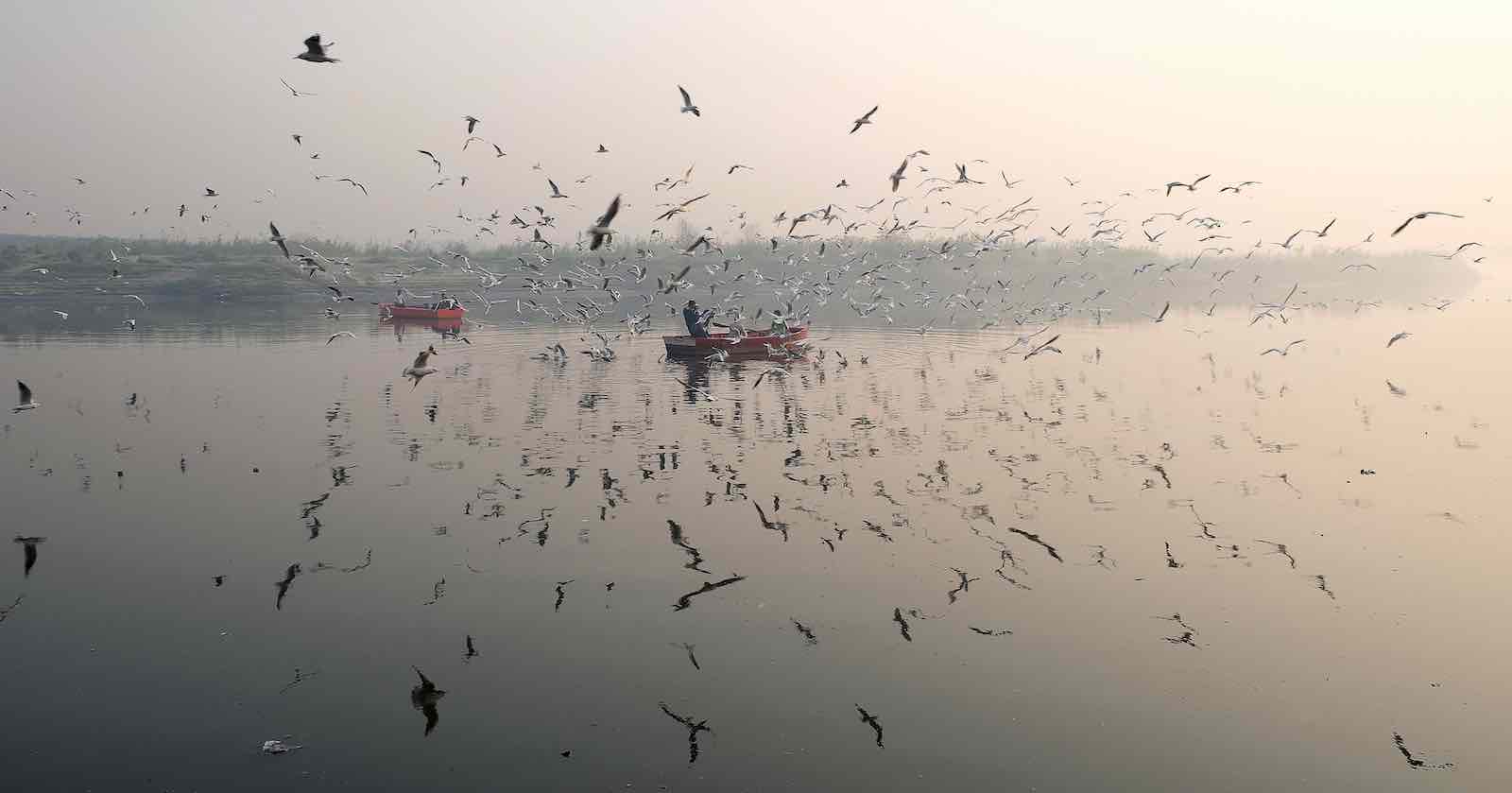 Could there be a silver lining to India’s choking air pollution? A recent report from the World Health Organisation showed India with 9 of the 10 worst cities in the world for atmospheric pollution. Even more breathtaking was the fact that New Delhi, most often in the news for its abysmal air quality, came in at number six. Five other north Indian cities pipped the nation’s capital for the top spot.

One estimate suggests that 1.9 million Indians die each year as a result of air pollution. Another survey calculates that in 2016 air pollution reduced the life expectancy of the average Delhi-ite by 10 years.

The possibility of a silver lining lies in the sheer, widespread awfulness of this sick-making smog. Terrible air quality, which blankets most of urban north India from November to March, has the potential to harm the rich almost as much as it does the poor. These are the conditions of a “binding crisis” – events so worrisome that powerful people, anxious to protect themselves, are forced to do things that protect the wider population.

Impatient and frugal, farmers burn the stubble of one crop to get ready quickly to plant the next, adding soot and ash to the pea-soup that hangs in the air.

Binding crises can be good for public health. A famous example came in London in the summer of 1858. Uncontrolled human excrement poured into the Thames from the unmanaged cesspits and drains of three million Londoners. The river and its banks were a nauseating faecal ribbon; the heat of the summer was record-breaking; and the Thames flowed under the noses – literally – of the Houses of Parliament. Cholera, which terrified Europe throughout the 19th century, contributed to the panic since it was wrongly believed that cholera spread through bad air.

Parliament quickly passed legislation to finance the London sewerage system, some of which still exists. (Assa Doron and I touch on binding crises in Waste of a Nation. Garbage and Growth in India, Harvard University Press, 2018).

India, too, has had binding crises. In 1994, the city of Surat (population today, 5 million) panicked over an outbreak of “bubonic plague”. The wealthy fled the city, along with many doctors. “Plague” soon subsided, there were fewer than a hundred deaths, and it later proved not to have been “the black death” after all.

What was important was the panic, the global media attention and the fact that the wealthy, who could flee, were as frightened as the poor who couldn’t. Governments, businesses and philanthropists – Surat is a wealthy city – were jolted into action. Within two years, Surat, described in 1994 as “India’s dirtiest city,” was being praised as India’s cleanest. It remains one of India’s better-kept cities today.

Prime Minister Narendra Modi entered Surat with relief workers in 1994. “The Plague incident was a game changer as far as Surat is concerned,” he later wrote.* “People’s sensitivity towards hygiene increased … The crisis was turned into an opportunity.”

In 2014, less than six months after becoming Prime Minister, Modi inaugurated the Swachh Bharat, or Clean India, campaign aiming to end open defecation and make India’s towns and cities clean within five years. “Swachh Bharat is the culmination of all the experience I had before I became PM.”

Air quality was not part of Swachh Bharat, but it was addressed this year when the government announced a Clean Air Program with a commitment of about US $110 million. Most of the implementation, however, was left to state governments, and a sense of national distress and urgency is yet to be seen.

The problems with north India’s air are well known. The dry, flat plain has always been dusty, and even 50 years ago, north Indian towns could go dark at noon if a major dust storm whipped its way across the country in the hot season. In winter, atmospheric conditions have always made north India prone to inversion layers: at night, the earth’s surface is cold and the air immediately above it is colder than the atmosphere higher up. Because cold air doesn’t rise, wet, smoggy air sits over the landscape for hours.

Growth of all kinds has worsened these long-standing conditions. India’s population today is 1.3 billion people, more than double that of 1971. The urban proportion now pushes towards 40% from a mere 19% 45 years ago. More people mean more fires for cooking and heating. In the festival season of Diwali in October-November, this also means more fireworks being let off across the towns and villages of north India.

Growth accelerates other needs and demands that affect air quality. Close to two-thirds of India’s electric power comes from coal-fired plants notorious for atmospheric pollution. Thirty years ago, New Delhi had 800,000 motor vehicles of all kinds; today, it has more than 10 million, plus thousands of trucks lumbering into the capital from neighbouring states.

The green revolution in the bread-basket states near New Delhi has enabled farmers to plant three crops a year. Impatient and frugal, farmers burn the stubble of one crop to get ready quickly to plant the next. In the pre-winter period, stubble-burning adds soot and ash to the pea-soup that hangs in the air.

There’s a chance that the widespread dismay at the respiratory diseases of tens of millions of people will generate a binding crisis that leads to action to contain atmospheric pollution.

But the odds aren’t good. The wealthy think they can escape. As Sunita Narain recently pointed out, when New Delhi’s air hit the “severe-plus” category in November, governments closed down construction and industry and stopped trucks from entering the city. That meant no work for millions of day labourers. When it was pointed out that 40% of the pollution came from vehicle traffic and that private cars should be got off the road, “suddenly there was outrage”.

Air pollution lacks the democratic, class-blind horror of bubonic plague’s pustules or the yellowing flesh of cholera. But for widespread deadliness, air pollution will beat them both.