Three years working in self-isolation – what I’ve learned, so far

A global crisis makes you wonder: Just how much will every topic feel a “social distancing” effect? 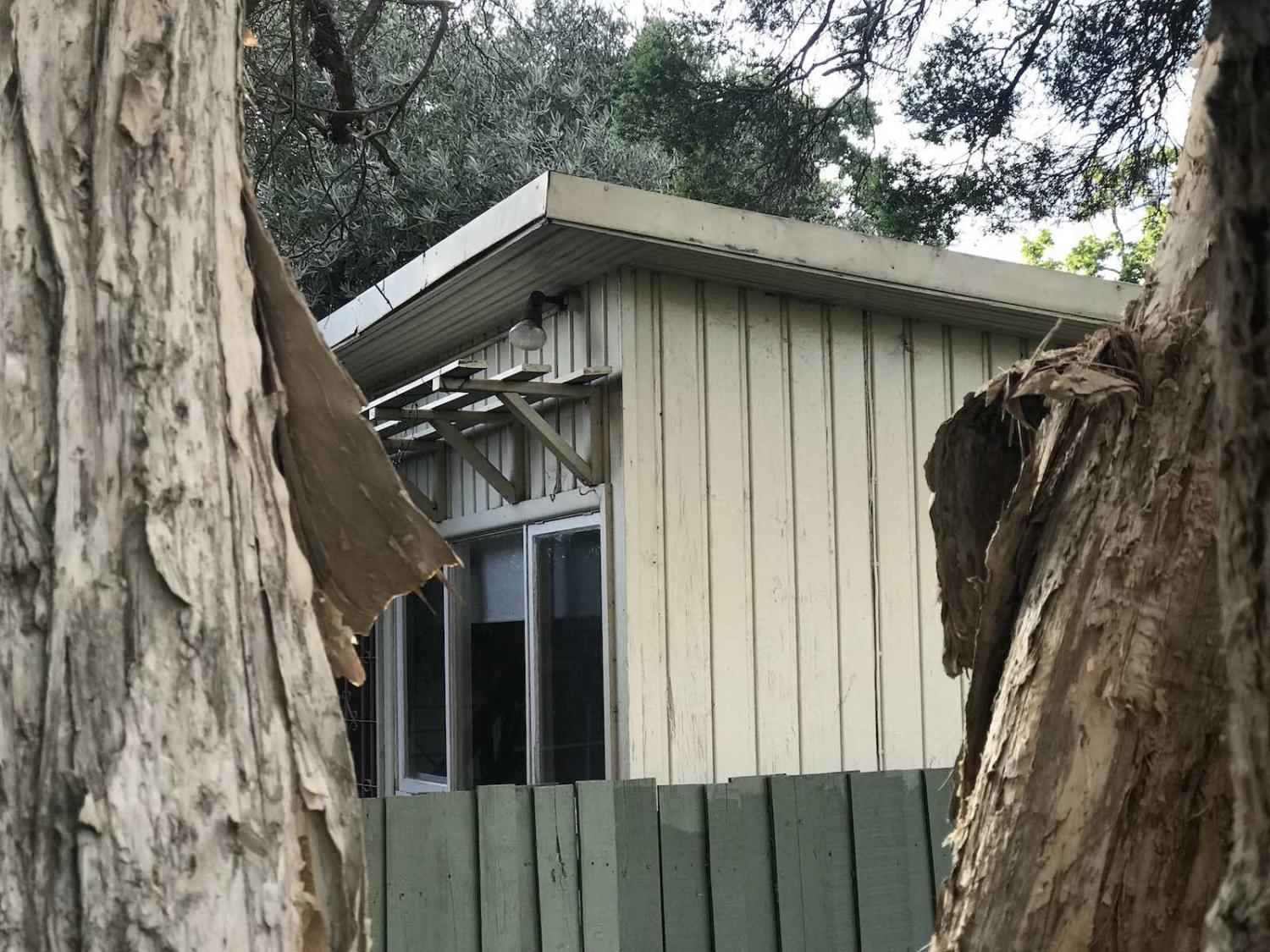 A Bligh St knock-off it’s not: Social distancing in “shed life”, the view across the back fence to Interpreter HQ
Published 23 Mar 2020     Follow @danielflitton

Of course, we never called it “self-isolation” before now. Colleagues would instead joke down the line, “How’s shed life?” in reference to Interpreter HQ. You see, while the Lowy Institute occupies an elegant historic building at 31 Bligh St in Sydney, right in the heart of a hitherto bustling city, hosting prime ministers, important speeches, and foreign delegations, for almost three years now I have edited this magazine from almost a thousand kilometres away, working all by my lonesome in a backyard bungalow in suburban Melbourne.

As I look across my desk, my connection to bring you all the analysis we feature about the great flux in the world is via a single cable, and a fairly precarious setup at that – a wire into an electrical socket that converts to an internet signal, running through an extension lead, out under an olive tree, into the house, another extension lead, then a power board to the broadband box, and eventually the World Wide Web.

The shed – it has carpet, a bright north-facing window, and once boasted an infestation of fleas – is about three metres by five. A hefty commute of eight steps separates the shed from the back door of the house. That’s if I don’t have to dodge the black Labrador, a wannabe Seeing Eye dog judged “too goofy” to help the blind, who instead fancies himself a pretty decent sub-editor (but protests all innocence about the fleas).

I’ve been working this way since finishing as a newspaper journalist in 2017, so I’m used to the routine of regular video conferences, keeping in touch with contacts and co-workers on the phone, and not going stir-crazy. I’ve done live-crosses with international television via webcam – a hasty CNN interview during Scott Morrison’s leadership takeover in 2018 left me scrambling to shove boxes of household junk out of view – and plenty of radio calls, including a 4AM stint on ABC Overnights when a possum dashed across the roof.

And I’ve had to improvise for those things that tend to be taken for granted when working in a central office.

Air conditioning, for example. The shed has none. So when Melbourne’s summers kick in at the 40-degree-plus range, even the dog breaks for shade. My computer has flashed me a sad-looking temperature gauge on several occasions, warning of imminent shutdown, and more than once I’ve resorted to balancing the laptop on ice blocks in a bid to keep it operating.

Or heating. The shed has none of that, either. During Melbourne’s winters, colleagues on video call are treated to the sight of me at the other end of the screen sporting a favourite pair of fingerless gloves and huddled under an Antarctic-rated jacket. I do have an electric heater someplace, the old oil type on wheels, but it turns the shed into such a sauna I feel like I should be running outside and diving into a frozen paddling pool.

All this new territory needs to be charted. What’s said now doesn’t need to be definitive, and won’t be the last word, yet the outlines are important.

But as much as “working from home” can get a bad rap, in these Covid-19 days, those of us lucky enough to be able to do so will have to adapt. Mrs Interpreter is now a co-tenant in the shed, which is bound to annoy the dog.

Advice? I found I actually missed my old commute, at first. Going to and from work is an important time to decompress from the stress of the day, a mental space to process (while swearing at other drivers, or casting wary side-eyes at weirdos on the train). So as much as this might sound self-serving, don’t work too hard while working at home. Remember to pace yourself.

I’m lucky, I have deadlines. The Interpreter aims to put out three to four articles each day, which means getting one set up the day before to appear at 6am Australian Eastern Standard Time, and others around mid-morning, lunchtime, and mid-afternoon, and sometimes extras. These markers help me progress through the day. While not every job will have such a neat structure, breaking up small tasks to be done in a set timeframe is a good habit to stop you from absent-mindedly wandering into the kitchen to grab a handful of peanuts and check if the oven needs a clean.

I spent more than a decade working in a busy newsroom, and another decade before that in the public service and in unversities. Yes, working from home does miss some of the benefits of incidental interaction, an idea from a chat while waiting for the lift, or bumping into someone by the staff fridge. But equally, there is less distraction. I normally make a habit to see someone in the city every week, either for lunch or coffee, just to escape the house a while – that will have to wait for now until quarantine is lifted. That, and what used to be a short one-and-a-half hour flight to Sydney every couple of months for me to check in at the mothership.

These certainly are changed days. For white-collar workers, working life might never go back. With big-city office blocks emptied and people working digitally from home, perhaps companies won’t see the need to pay the expensive overhead of a CBD lease anymore. Courts are rushing to embrace digital options, having sputtered along unwilling to relinquish a centuries-old obsession with paper, and Covid-19 might hasten the demise of cash money, too. Even drive-in cinemas could make a comeback.

And in international politics, the consequences appear momentous. The crisis will affect everything in some way, whether budget assumptions, global supply chains, or the trappings of power. I say this conscious of the post-9/11 prognostications that nothing would ever be the same after the terrorist attacks in 2001, and similar predictions that followed the collapse of the Berlin Wall, or the more recent global financial crisis. And while each of these events presaged drastic change that was later assimilated into a “new normal”, the point was still a major readjustment and far-reaching – and lasting – implications not only for the community, but also for relations between nations. Covid-19, as a political event, feels the same.

So I’m encouraging authors writing in this present crisis to plant a stake, so to speak. All this new territory needs to be charted. What’s said now doesn’t need to be definitive, and won’t be the last word, yet the outlines are important. That’s what we’ve been seeking to do these past few weeks, to see just how far the pandemic will reach across areas of diplomacy, global finance, trade, defence, politics, multilateral governance, and more.

But now that Melbourne is about to be put under quarantine, when will there be time to get a start on these superb reading suggestions we’ve been running? So far, I’m too damn busy to get the chance. And I need to tell the dog no more walks for a while, too. 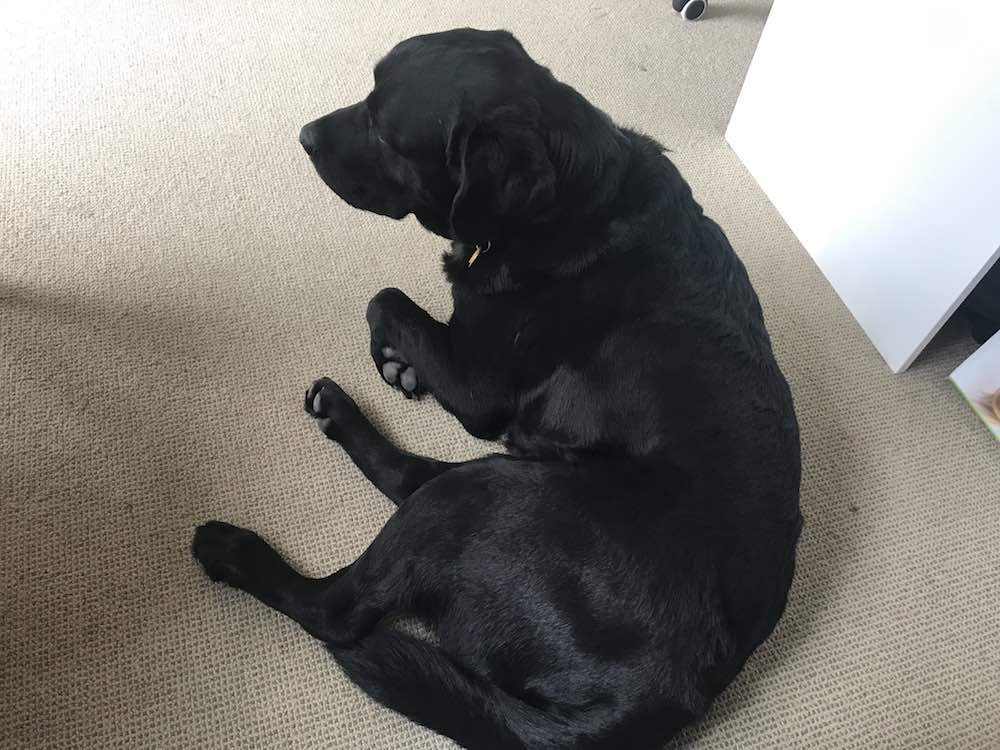 Previous Article
Coronavirus and the Hong Kong protest movement
Next Article
Covid-19 and migration: Europe must resist a populist pill

Progress has been lamentably slow, but a decade on, benefits can be seen in Cambodians learning this terrible history.
Jordan McSwiney, Greta Jasser , Ed Pertwee 1 Jun 2021 06:00

Social media giants may be trying to squelch hate speech and conspiracy mongering, but alt-tech offers them safe space.