China's huge bilateral surplus with the United States - well over $300 billion each year - means it is high on the President's 'to do-over' list. 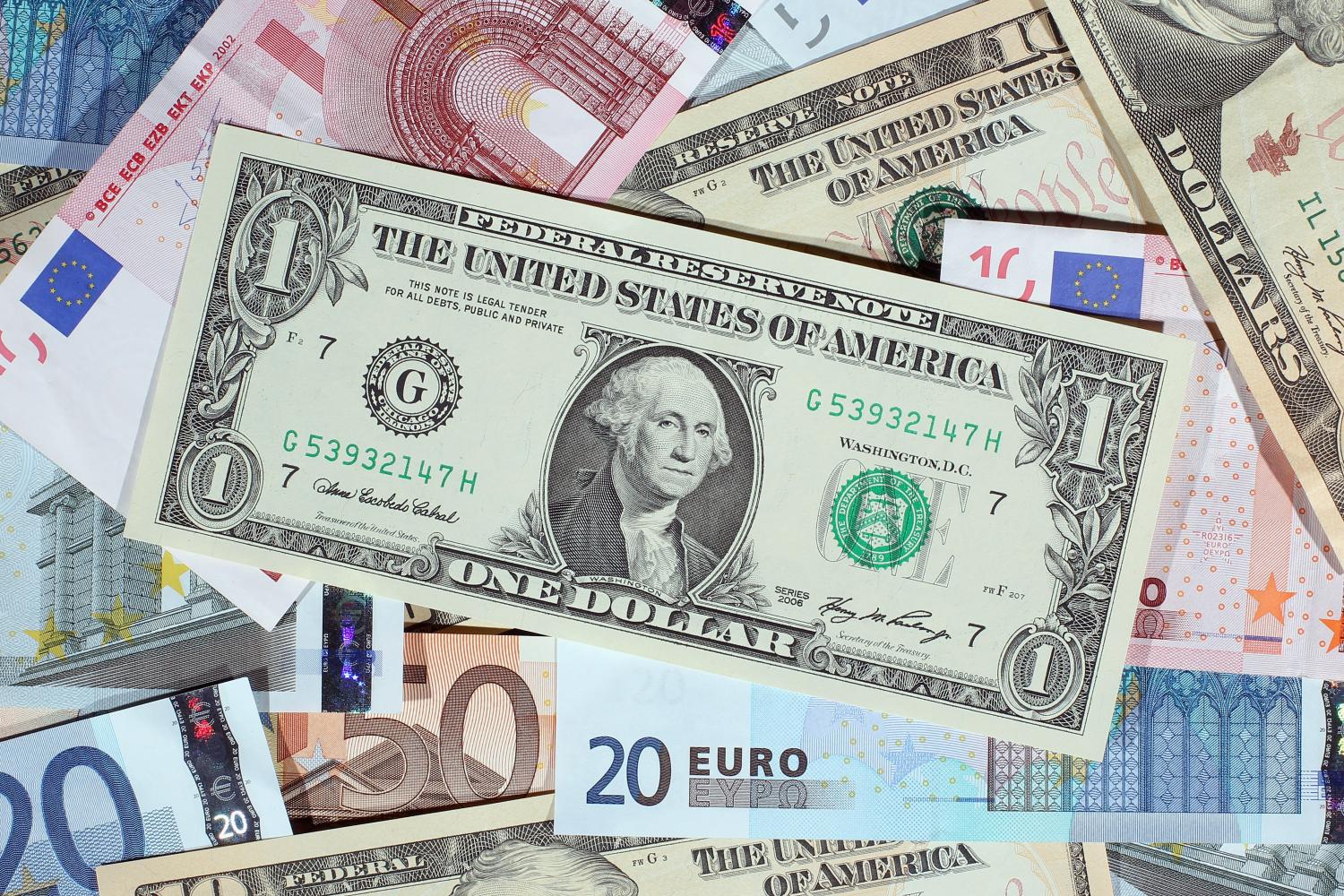 In 2010 Brazilian Finance Minister Guido Mantega warned that a 'currency war' was underway. Europe, the United States and the United Kingdom were attempting to boost their limp post-2008 recoveries through quantitative easing (QE) policies, which not only lowered interest rates but also depreciated exchange rates, giving them extra international competitiveness. This phase of the war petered out quickly enough, but that lull in the currency wars was broken by the election of Donald Trump.

For Donald Trump, world trade is like a zero-sum business deal – if you want more profit, you have to sell more. You should squeeze the benefit of any deal, giving away less than you receive. It is therefore not surprising that he sees the bilateral trade balance with each country – surplus or deficit – as the best measure of a good or bad deal. In order to 'Make America Great Again', bad deals should be corrected. This puts the spotlight on Mexico, China, Germany and Japan that all have substantial bilateral trade surpluses with America. Already, Mexico has been threatened with an import tariff while the currencies of the others have come under critical fire.

The countries involved have been quick to deny that they received any untoward advantage from their currencies. But, as with Trump’s argument about unfair value-added taxes, there is a small germ of truth here. Although none of these countries has used foreign exchange intervention to directly weaken its currency (at least in recent years), Germany and Japan have had extreme settings of monetary policy. The combination of QE with negative interest rates has doubtless helped to depreciate both the yen and the euro.

But isn’t this just the way monetary policy always works, not solely via interest rates, but also via an exchange rate channel? Therefore, the issue is whether these extreme settings of monetary policy – with negative interest rates and QE – were an unacceptable over-use of the instrument, causing too much collateral damage to other countries.

When America was using active QE policies, the then-chair of the Federal Reserve, Ben Bernanke, said these policies were in the global interest. Bernanke argued that the fall in interest rates provided stimulus for the American economy which benefited everyone, including foreigners. Whether this outweighed the exchange rate effect, adverse for foreigners, was a moot point. But with a clear majority of the G7 countries also carrying out QE, Bernanke had little trouble declaring this policy to be in the global interest. The rationale was that if all these countries were competing with each other to implement large QE simultaneously, this easy-money environment should be helpful for the global economy.

Now, however, the US has a president who looks at global trade linkages deal-by-deal, starting with the analytically irrelevant criterion of bilateral trade balances. His main advisor on trade is Professor Peter Navarro, whose books ‘Death by China’ and ‘Crouching China’ are stridently critical of China’s trade policies. He seems ready to impose import tariffs, even selectively against individual countries, even though such tariffs are unanimously judged to be harmful, not only for the target country, but also for country that levies them.

The dangers are compounded because other Trump policies (such as fiscal expansion) are likely to strengthen the dollar, creating more currency-based angst. The dollar will appreciate even further if Trump goes ahead with tariffs.

In fact, China has the smallest case to answer. Currency manipulation would have been an easy charge to make a decade ago, when China was running a current account surplus close to 10% of GDP, building up foreign exchange reserves equal to 50% of GDP, and intervening heavily in foreign exchange markets to stop the yuan from appreciating. But the situation has changed. China's surplus is now less than 2% of GDP and it no longer relies on international trade as the engine of growth. The yuan appreciated by 30% in inflation-adjusted terms, undermining China’s international competitiveness. True, there is still official intervention in China’s foreign exchange market, but now the intention is to stop the yuan from falling too quickly. Even Fred Bergsten accepts that the yuan is no longer 'manipulated'.

This doesn’t mean that China is no longer in President Trump’s sights. It still runs a huge bilateral surplus with America - well over $300 billion each year) - which is enough to keep it high up on the president’s ‘to do-over’ list. But a charge of currency manipulation will be hard to make stick.

Which leaves Germany and Japan.

There can be no doubt that German exporters have benefited from being part of the euro-zone. The inclusion of countries with weak external accounts holds the euro down, and the European Central Bank’s QE and negative interest rates, designed to help the weakest economies in the EU, have pushed the euro down further, making Germany’s exports more competitive. Germany not only runs a bilateral surplus with America, but (analytically more interesting) also runs a huge external surplus equal to 8% of GDP. If Germany had implemented more expansionary fiscal policies during Europe’s long slow recovery from the 2008 crisis, its external surplus would be smaller and the euro higher. Needless to say, Germany doesn’t see things this way.

Like Germany, Japan runs a bilateral surplus with America and its overall current account is in persistent, substantial surplus – currently almost 3% of GDP. There can be no doubt that the introduction of Abenomics depreciated the yen exchange rate by at least 20% in late 2012 and early 2013. The question is whether this policy should be seen as normal and legitimate monetary policy, or whether its negative interest rates and enormous QE suggest that monetary policy is being pushed too hard. At what stage do these monetary policies become beggar-thy-neighbour currency policy?

Will this currency war fade away, as the 2010 episode did? Compared with the uniquely complex task of running a country, trade matters are perhaps closer to Donald Trump’s past experience as master of the deal (even those his book on the subject was ghost-written). He may feel most comfortable in flexing his muscles in this more-familiar territory as he settles into the wider task of the presidency. We have to hope that bluster and bluff are just part of an overall bargaining strategy with a self-serving but not totally irrational objective. After all, even the best deal-makers know that you can push too hard. There is a fair bit of largely symbolic action that could be taken. Declaring a country to be a currency manipulator doesn’t in itself do much harm.  Where China is shifting its excess productive capacity by dumping the surplus on international markets, a response by countries adversely affected is legitimate. Japan and Germany can be issued with stern rebukes. Past trade deals such as NAFTA can be renegotiated without killing their benefit. Skirmishes like this, that would enable declarations of resounding victory, could give President Trump the deal-making satisfaction he seeks without putting world trade on a downward spiral similar to that of the 1930s.

Previous Article
Trump, Russia and renewed fighting in Ukraine
Next Article
The limitations of framing North Korea as a risk

Systemic corruption has allowed the country’s ruling class to act above the law and women are paying the price.
Bill Hayton 9 Oct 2020 06:00

Beijing’s attitude is clearly one that says big countries matter more than small or middle-size ones.
Rena Sasaki 14 Sep 2022 05:00