The key is a vibrant economy that creates new jobs. Trump’s protectionist measures are a distraction from this bigger challenge.

President Trump is off to a flying start on his promised trade protectionism, with executive orders on withdrawal from the Trans-Pacific Partnership and renegotiation of NAFTA, together with his threatened import duty on any US company off-shoring domestic jobs and his promise to make Mexico pay for the border wall by taxing Mexican imports. There is more to come, with likely changes to company tax which will have trade implications. How much harm will all this do?

From Australia’s economic viewpoint, the loss of the TPP is no big deal, although the regional security implications may be important. It doesn’t make any sense to think about a TPP without the US, as the core element of the TPP was concerned with rules that would benefit American companies. To the extent that there were opportunities for enhanced trade access, the big prize was the American market: with that gone, the deal is finished. We should turn our focus to RCEP.

What about the threatened 20% tax on Mexican imports? This might be of some minor benefit to American producers, but is much more likely to benefit other (non-Mexican) import sources. It is a sledgehammer, more use as a bargaining chip to encourage favourable renegotiation of NAFTA rather than to promote American manufacturing. We might expect symbolic changes and some tweaking of the agreement (say, through tightening the 'rules of origin' on inputs so that outsiders don’t benefit). But American production is too integrated with Mexico to abandon the substance of the treaty.

Meanwhile, members of the US Congress have their own tax plans.

These plans may sound a bit like a generalised version of the threatened Mexican tax, but the intention is quite different. The starting point is to restructure corporate tax to clean up the current mess and provide incentive to keep corporate business in America. At present, the US corporate tax rate (federal and state) is set at 39% - well above the OECD average of around 25%. This encourages US companies to shift profits (and sometimes corporate headquarters) to countries with low corporate taxes and accumulate profits overseas. The plan is to reduce corporate tax to 20% and confine it to domestic profits (i.e. a territorial tax instead of a global tax) while replacing the lost revenue with a cash-flow tax on businesses.

In calculating this cash-flow, companies would not be able to deduct expenditure on imports, but they would be able to deduct anything they received from exporting. This certainly seems to benefit exporters and penalise imports, so it seems to achieve Trump’s general aim of encouraging domestic production.

It might seem to break all the WTO rules against protectionism and export subsidisation. But it can be argued that it is not much different from a GST (goods and services tax, also known as value-added tax), which just about all countries have, except the US, where there are some state sales taxes but no national GST. It is a destination tax, based on where the goods are consumed rather than where they are made.

Does it advantage domestic exporters by reducing their tax? It probably does, to some degree (more below). Does it unfairly penalise imports, which will now effectively be taxed at 20%? Not really, because production for domestic sale also gets taxed at 20%.

The caveat here is that this is a micro-level view – looking at the individual transaction. The macro view – what happens in the overall economy - overrides this. If the economy is already at full capacity (and the US unemployment rate is 4.7%, generally regarded as ‘full employment’), then prices, interest rates and, most importantly, the exchange rate will all change in response to the different incentives from the new tax. As a first approximation, the exchange rate will rise to fully offset the tax effect on import and export prices and leave the trade balance unaffected.  In practice there is always some spare capacity; saving might be encouraged; and price changes will depend on the institutional structure of the various markets. The outcome will be less clear-cut, probably with some reduction in the US  trade deficit, some advantage to exporters, and some price increases for those who consume imports (with income distribution effects because import-consumers tend to be poorer). Paul Krugman argues that, by analogy with the Reagan years (when manufacturing jobs fell faster than trend), the combination of Trump policies (with a larger budget deficit) might actually be adverse for manufacturing jobs. Larry Summers believes the Trump taxes would be misguided and counterproductive. Martin Feldstein supports the House Republicans' plan.

This debate has some distance to run (Trump dismisses the Congress proposal as ‘too complicated’). A cash-flow tax is not exactly the same as a GST so this proposal might run into problems with WTO rules (although that might not stop Trump from going ahead). To the extent that it is like a GST, it will run into the long-standing opposition to such a federal GST: Democrats don’t like the lack of progressivity (it harms the poorest) while small-government Republicans dislike the revenue-raising effectiveness of a GST.

All this is, however, largely irrelevant to the deeper debate about loss of blue-collar jobs. There is agreement that the overwhelmingly predominant reasons for the dramatic fall in manufacturing is technology (robots and computers), not trade. To the extent that this issue is still being debated, the question is whether the sort of pro-manufacturing policies of Germany has adopted might have saved some manufacturing jobs. Brad Delong estimates that if America had mimicked Germany’s interventionist policies, manufacturing jobs might have fallen by only (!) 50% since 1971 (as in Germany), instead of 62%. This would have left manufacturing's share of non-farm jobs at 12.2% instead or 8.6%. But (like Krugman) Delong blames the Ronald Reagan and George W H Bush tax cuts (leading to higher budget deficits, stronger dollar, bigger trade deficit) rather than NAFTA or even the more damaging impact of China becoming 'manufacturer to the world' after it entered the WTO in 2001. Dani Rodrik has some muted resistance to this argument.

Superimposed on this debate is the recognition that the pain of job loss was unequally shared, with some regions hard-hit and unable (or unsuited) to adapt. But there is no future in keeping assembly-line jobs going in Detroit or underground coal mines operating. The key is increasing the capacity of the economy to adapt to the opportunities offered by both technology and globalisation to shift resources into more productive employment, not to protect jobs that have been overrun for whatever reason – either technology or trade. History shows many examples of successful adaptation: the shift from agriculture, which used to employ half the population; the post-war demobilisation; more recently, the disappearance of the typing pool; and many others. Labour is mobile, given the right conditions.

The key is a vibrant economy that creates new jobs. Any damage to America from NAFTA or China has been trivial compared with the 2008 financial crisis and the limp recovery since then. If you lose your job when the unemployment rate is 8%, the long-term loss of income (either unemployed or employed at a lower wage) will be twice as high as it would be if you lose your job when unemployment is at 6%. Trump’s protectionist measures are a distraction from this bigger challenge. 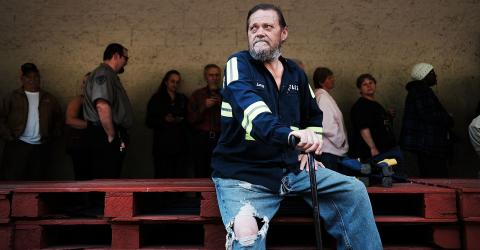 America: Full employment is not enough

Trump ought to offer Kim a grand bargain: give up your ICBM program, and we will withdraw our troops from South Korea.
Olivia Kember 1 Jun 2017 15:53

How Trump may have helped the climate cause

Whether or not President Trump withdraws the United States from the Paris Agreement is less important than how other countries respond to his decision.
Anil Wadhwa 9 Aug 2021 11:00