Most of the most serious consequences have occurred not because of Trump’s actions. But as a result of leaks from within the US intelligence community and the White House. 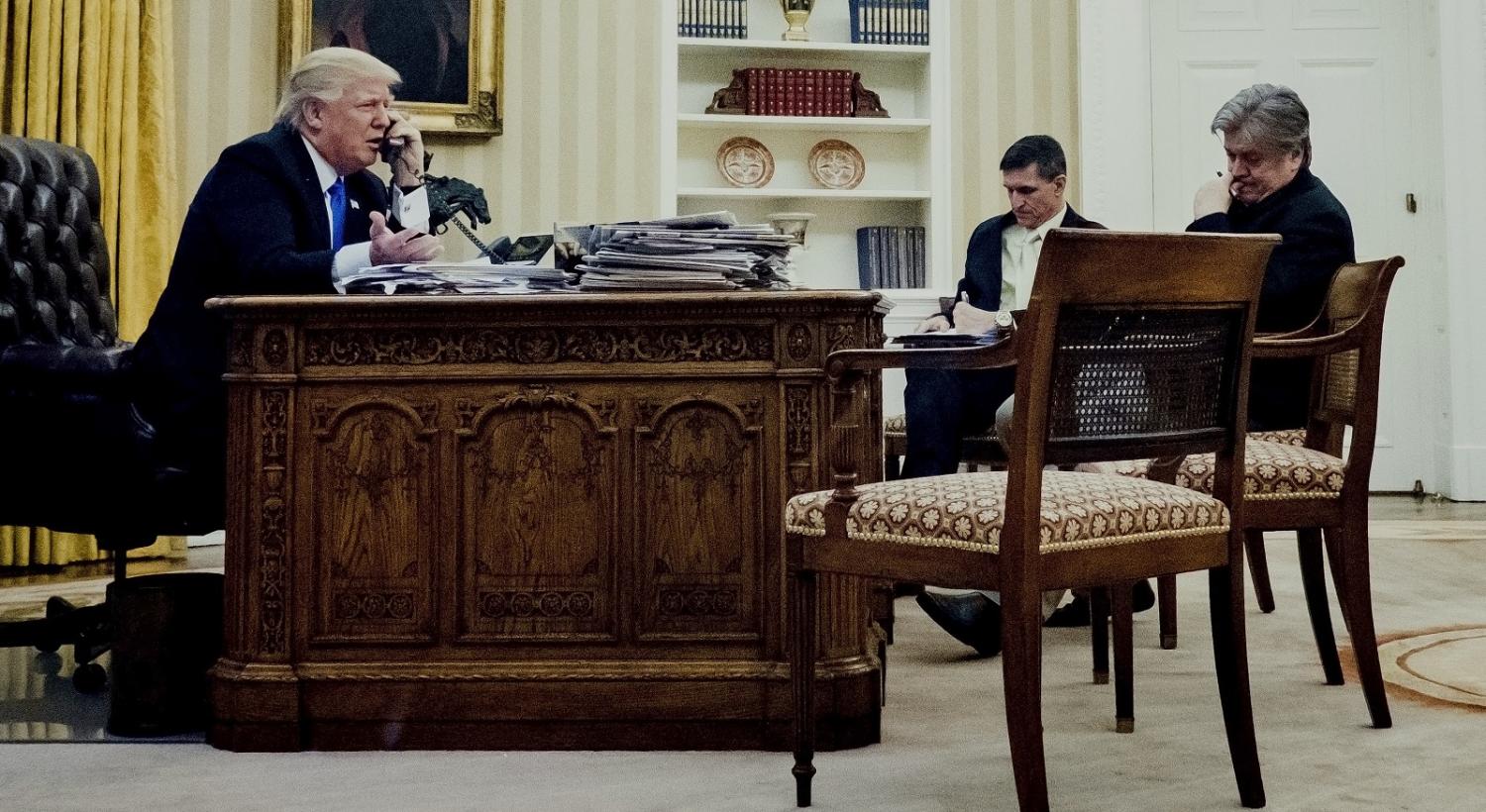 As more details emerge about Donald Trump’s meeting with a Russian delegation last week, it appears that the worst fears of Israel’s intelligence agencies have been realised. While discussing the ISIS threat to aviation, Trump reportedly shared information identifying the source of recent reporting - an Israeli human intelligence asset.

Media reporting suggests that this intelligence had previously been tightly held within US Government circles. And that the full extent of the reporting had been withheld, even from the rest of the Five Eyes partnership.

On the face of it then, blurting out critical details in an attempt to impress Russia, a close ally of Iran, is about as bad as it gets. A former head of the Mossad has already suggested that Israel would think twice before sharing sensitive intelligence with the US in future.

As with all things Trump-related, it can be difficult to cut through the hyperbole. So just how big an issue is this?

There are three broad elements to this. Firstly, the impact on the intelligence asset. Secondly, the impact on future intelligence sharing and inter-agency relationships. And thirdly - and perhaps most importantly - there is the question of whether the exposure of Trump’s indiscretion has exacerbated these impacts.

There is no question that on the first of these, the exposure is bad news. The number of ISIS members with first-hand knowledge of plans to smuggle an explosive device onto a plane is likely to be small. While recent media reporting had alerted the group to the exposure of their plans, the source had remained hidden.

This week’s reporting has removed this uncertainty. Past experience shows that ISIS act quickly and brutally when dealing with spies, or suspected spies. We can only hope that the asset remains undetected. And that in its attempt to identify him, ISIS wastes valuable time and resources.

Whether or not he survives, he is unlikely to retain the same access or ability to report to his handler. Given that he had provided unique intelligence on the biggest threat to aviation since 9/11, this is worrying news indeed.

The outlook for the second element - relations between the US intelligence community and its foreign partners - appears similarly bleak. The issue is not just that Trump shared foreign intelligence outside of agreed channels (although this clearly violated the informal and formal rules of the road). It is that he did so in a haphazard, ill-thought out manner for personal gain, rather than for perceived strategic or security benefit.

This is precisely the scenario that many current and former intelligence officials raised following Trump’s election last November. And as a result, we’re seeing predictions of a shift in intelligence sharing relationships with the US.

But we should be clear that if this happens, it will be a shift in the relationship, not the end. The US has unrivalled intelligence access and capability, and the geopolitical clout to disrupt or counter a range of threats. No intelligence partner can afford to turn off the intelligence sharing tap.

A reduction in the broader context around the intelligence appears more realistic. Will Israel (or other partners) provide critical details around the source of intelligence in future?

This immediately limits the value of the exchange. It is context-free information, not intelligence. In relation to the ISIS aviation threat, the US could not have acted so decisively without meaningful assurances over the sourcing and reliability of the threat intelligence.

Intelligence agencies considering a change in approach have been offered some reassurance. The New York Times quotes multiple sources who describe Trump as ‘a hasty or indifferent reader of his briefing materials’, and suggest that he ‘did not possess the interest or knowledge of granular details of intelligence gathering to leak specific sources or intelligence methods'.

This rings true - we know that Trump’s daily intelligence brief has been shortened and simplified. It is unlikely to have regularly included the level of detail that intelligence agencies worry about.

But even if Trump did deliberately share sensitive information, it’s feasible that without the exposure of Trump’s behaviour in the media, Russia might have struggled to join the dots to identify the intelligence asset.

Which is why the third element, ‘the leak of the leak’, is so serious. In their rush to demonstrate where Trump has erred, there is every chance that US government officials have made the short-term situation worse. Russia potentially being able to identify a spy inside ISIS is bad; but it’s nowhere near as serious as ISIS actually identifying that spy. Or Israel being told its sensitive intelligence has been mishandled.

Indeed, most of the most serious consequences have occurred not because of Trump’s actions. But as a result of leaks from within the US intelligence community and the White House.

This is not a defence of Trump’s behaviour. He has consistently shown blatant disregard for the US intelligence community and their closest partners, Trump needs to realise that failing to protect sensitive intelligence has real life consequences that impact on the safety of the US and countries around the world.

However, those who seek to expose his behaviour by leaking to the media need to consider all the possible consequences of their actions. In seeking to prevent further exposure of sensitive intelligence, they could also be exacerbating Trump’s mistake.

Becoming tangled in power politics can create divisions between – as well as within – nations across the region.
Nick Bisley 28 Jul 2020 12:00