The World Trade Organisation could be in a precarious position in its role of keeping a lid on protectionism. 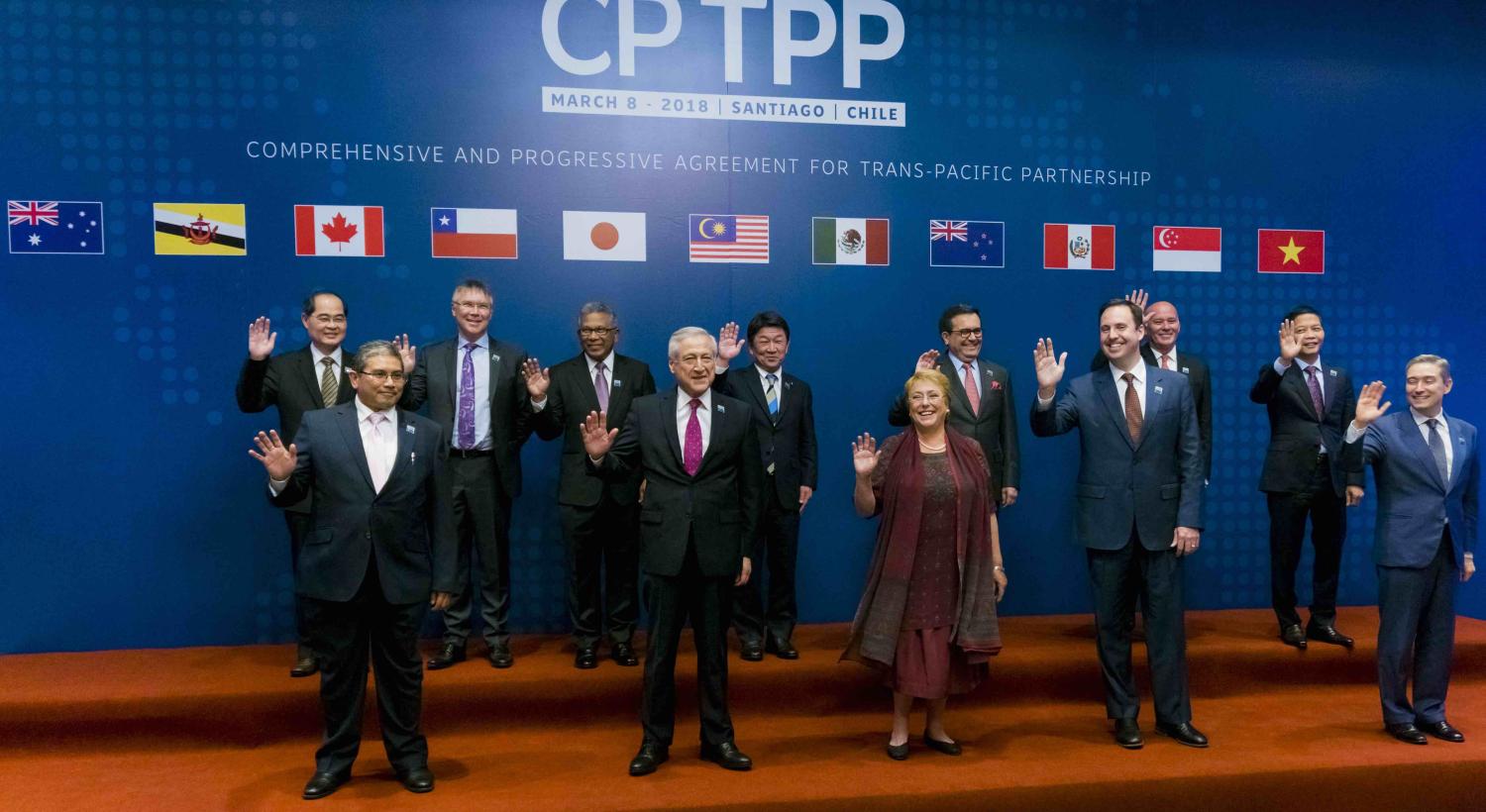 The symbolism of last Thursday for the future of the global trading system was hard to miss. In Washington, Donald Trump authorised new tariffs on steel and aluminium imports of 25% and 10% respectively in one of the clearest signs yet that he plans on following through on his protectionist agenda. In Santiago, eleven countries, including Australia, gathered to sign the Comprehensive and Progressive Partnership for Trans Pacific Partnership (CPTPP or TPP-11), voicing their support for the opposite – a desire to open markets further and work constructively to modernise the rules of international commerce.

Trump’s new tariffs were always poorly conceived (by one estimate it will destroy 146,000 American jobs on net). Ostensibly, the policy is aimed at protecting national security and curbing Chinese imports in particular. In practice, it serves neither purpose well and will instead primarily hit US allies. Canada and Mexico got exemptions and the door was left open for others with a US “security relationship” to also seek exemptions, with Australia already securing this after intense government lobbying.

Yet sighs of relief should still be tempered for now. Although we are still some way from an actual “trade war”, the risks of escalating tit-for-tat protectionism remains high.

After Canada, the EU is the second most important source of US steel and aluminium imports, at about US$7.3 billion a year. The EU is yet to get an exemption and has already drawn up a “hit list” of some US$3.5 billion in US exports for retaliatory measures. Trump said he would retaliate to their retaliation with tariffs of 25% on EU car exports. If this actually happened, it would be a big escalation – these exports are worth some US$40 billion a year.

The EU is of course hoping its status as a close ally will eventually earn it an exemption, though America’s trade deficit with the EU could be a sticking point (the US, by contrast, runs a trade surplus with Australia).

Meanwhile China will be little affected by the latest tariffs, so is likely to be more restrained in response. But the real risk emanates from the ongoing US investigation into technology theft by China. This will soon be completed and could lead to wide-ranging protectionist measures. Risks of a more damaging protectionist cycle following such a move are much higher, especially as China is unlikely to give in easily to US demands. Compromise will need to be found on both sides.

Trump’s antics also risk undermining the ability of the World Trade Organisation to play its role in keeping a lid on protectionism. The claimed national security foundations were always flimsy and risked setting a damaging precedent. But by linking exemptions for Canada and Mexico to a favourable outcome in ongoing North America Free Trade Agreement negotiations (favourable, that is, according to the flawed logic that trade deficits are inherently bad) it is now even more obvious that national security was never anything other than a convenient loophole.

The WTO itself would also be put in a precarious position should the case be referred to it. If it finds in favour of the US, it risks opening the protectionist flood gates on similar flimsy grounds. If it finds against, the WTO risks further aggravating the US, which is already putting significant pressure on its dispute settlement body by blocking the appointment of new appellate judges. Making matters worse, the planned retaliation by the EU may also violate WTO rules.

In this context, what should we make of the signing of the TPP-11 last week?

While the TPP-11 clearly lost the battle for the headlines, it is by far the bigger deal on the pure economics (that is, as long as a full-blown trade war is avoided). Lost exports amongst those affected by Trump’s new tariffs might amount to about US$10 billion a year, compared to around US$300 billion in estimated additional annual exports by 2030 for the TPP-11. Even this comparison overstates the relative importance of Trump’s tariffs, as a large share of lost exports to the US will likely be diverted to other markets.

More important, however, will be what impact the TPP-11 can have in keeping the agenda of open markets, international cooperation and a rules-based system alive, even as Trump’s America pulls back.

At the margins, fear of losing out through trade diversion may give others an incentive to join the pact and/or catalyse “competitive liberalisation”, in particular ongoing negotiations for the Regional Comprehensive Economic Partnership. However, the latter continues to move at a snail’s pace. Meanwhile, a number of countries at various points have said they are interested to join the TPP. But the agreement has also become far less attractive now that better access to the US is not on offer, while the political cost in terms of the deep and wide-ranging reforms required to join remain largely the same.

Without expanding membership and eventually bringing the US back into the fold, it will be difficult for the TPP to fulfil its other strategic objectives. Hopes of using the TPP to write the rules of international commerce for the region and using this to influence broader negotiations at the WTO are, for now, significantly diminished.

There is also little the TPP-11 can do to anchor US economic engagement in Asia and reassure Asian partners of American reliability, key overarching objectives of the original TPP. For that, Washington would need to rethink its protectionist and unilateralist agenda.

Whoever ends up becoming chancellor next, expect the country’s foreign policy to stay on pretty much the same track.
Euan Graham, Shashank Joshi 22 Feb 2018 06:42

Joint freedom of navigation patrols by the UK and France would be more convincing to a regional audience.
Andrew Selth 6 Sep 2018 06:00

There are no obvious signs refugees in squalid camps will turn to international violence – but it would only take a few.