US midterms: How Republican wins (or losses) could shape Asia policy

A form guide to the key races that will determine what role Republicans play in the US approach to regional challenges. 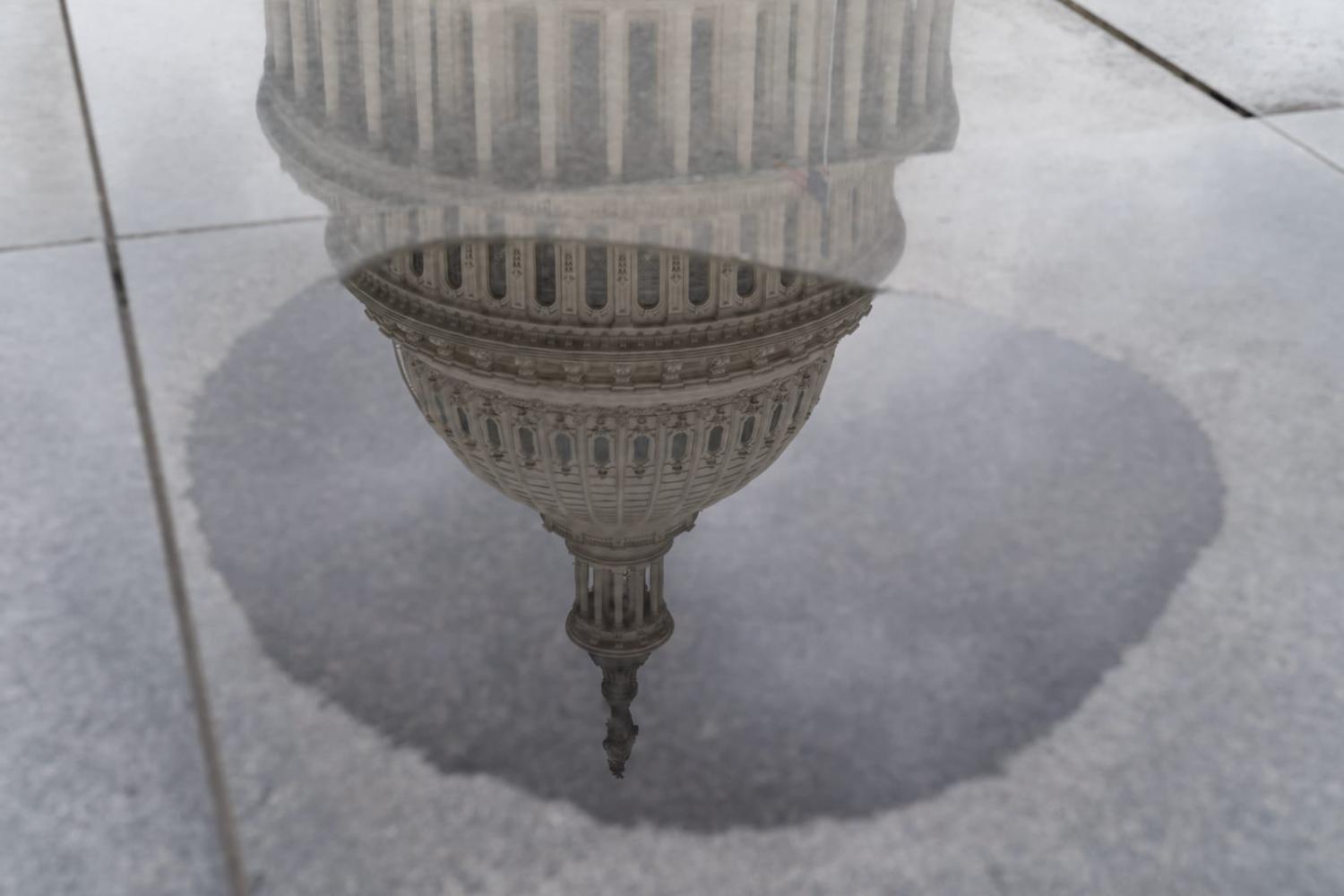 For Republicans in the US midterm elections next month, contests as divergent as Alaska and Florida, districts in California, or senate seats in South Dakota and Idaho will shape the party’s policy towards Asia. More than just Republicans versus Democrats, even the outcome of intra-party races will determine the shape of policies to come.

Alaska’s Senate seat is a political race between the centre and far right. The incumbent, Senator Lisa Murkowski – a moderate Republican who voted to impeach Donald Trump – is squaring off against Kelly Tshibaka, a Trump-endorsed candidate.

If Murkowski is defeated, the party would shift further into the inconsistency of Trump’s foreign policy.

At stake for Asia is a leading voice on America’s historic relationship with Taiwan. Murkowski, a second-generation senator following her father, comes from a political family with a legacy relationship with Taipei. Since becoming Senator in 2002, Murkowski has met with two of Taiwan’s presidents – Chen Shui-bian and Ma Ying-jeou – during their respective tenures. Murkowski has also consistently supported US weapons sales to Taiwan. Her victory in November would mean more stability in the long-standing Republican stance on cross-strait relations.

If Murkowski is defeated, the party would shift further into the inconsistency of Trump’s foreign policy. In August this year, when Democrat Speaker of the House Nancy Pelosi visited Taiwan, Trump posted on social media, “Why is Crazy Nancy Pelosi in Taiwan. Always causing trouble.” But it was the Trump administration, in 2020, that lifted restrictions on meetings between US officials and Taiwanese counterparts. Murkowski, for her part, joined 25 other Republicans in August in signing a statement supporting Pelosi’s Taiwan trip.

Marco Rubio is a classic McCain-esque Republican. Before Trump, Rubio was seen as the next generation of the Republican party: a Cuban American from Florida who was willing to work across the aisle on issues such as immigration. On foreign policy, he spoke out strongly against Vladimir Putin’s annexation of Crimea in 2014, warning what would come if strong actions were not taken, and criticised Barack Obama in 2012 for not holding his red line in Syria.

A Republican majority doesn’t shift the Asia-policy needle much, but it would mean more scrutiny if Biden’s policies needed Senate approval.

In Florida, Rubio will face off against Democrat Val Demings. At stake, the Senate majority. With ten seats this election cycle close enough to go either way, Florida could be the tipping point in the contest. Concerning Asia, a Democrat majority means Biden’s policies related to the Indo-Pacific Economic Framework (IPEF) and tariffs on China would get a near-rubber stamp approval.

A Republican majority doesn’t shift the Asia-policy needle much, but it would mean more scrutiny if Biden’s policies needed Senate approval. If Rubio falls, the loss of another pre-Trump Republican would be a blow to the party’s foreign policy thought-leadership in the Senate.

Young Kim, one of three Korean-American women in Congress (two Republican, one Democrat), is facing off against Asif Mahmood in a race she is heavily favoured to win. Redistricting moved Kim from a tightly contested district – which she lost in 2018 before winning in 2020 – to a solid Republican-leaning district in California’s Orange County.

As a Republican Asian woman in a heavily Democratic state, Kim represents what many hope is the future of the Republican party. She has also been an expert on North Korea policy since her days as a professional staff member to Congressman Ed Royce, a former chairman of the House Foreign Relations Committee. Kim has working-level street cred on radio broadcasting into North Korea, family reunifications, and humanitarian aid delivery. Working with Democrats in March this year, she introduced the bipartisan reauthorisation of the North Korean Human Rights Act, which first passed in 2004.

For North Korea policy, US administrations have swung from Bush’s nuclear negotiations to Obama’s strategic patience, to Trump’s tabloid-style summit events. At a time when the Biden administration has pushed North Korea to the backburner – being occupied first with Afghanistan, then the war in Ukraine – seeing someone of Kim’s experience in Congress can provide a bipartisan way forward for US-North Korea policy.

These two candidates are not running against each other. Instead, what matters for Asia is what might happen to House committee leadership. Steve Chabot is the ranking member on the subcommittee for Asia, the Pacific, Central Asia, and Non-proliferation in the House Foreign Affairs Committee. He also co-chairs the Taiwan Caucus, the largest caucus in the House of Representatives.

If Chabot is out, Scott Perry is next in line for the Asia subcommittee. If his name rings a bell, it might be because the FBI seized his cell phone in connection with the 6 January Capitol riots.

Chabot represents Ohio’s first district, and Perry, Pennsylvania’s 10th. Both are favoured to beat their Democrat rivals, although in a perfect-storm scenario for Democrats, Chabot could lose. With redistricting after the last election, Chabot’s district is slightly more Democratic.

Chabot, a classic free-trader, has voted in favour of five free-trade deals: Peru, Australia, Singapore, Chile, as well as the Dominican Republic–Central America Free Trade Agreement. Perry voted against Trade Promotion Authority, which grants more power to the president for trade agreements, and has stated that “trade deficits are detrimental to the long-term health of our economy”. In 2021, Perry also introduced legislation calling on Biden to abandon the “One China policy” and recognise Taiwan as an independent country.

If Chabot loses in Ohio, being replaced by Perry on the Asia subcommittee would mean a further Republican shift from classic free trade to the neo-isolationist leaning policies of Trump. It would also be poking a finger in the eye of China.

The oddsmaker FiveThirtyEight gives 22 of this year’s 35 contested Senate seats roughly a 99 to 1 chance of winning. This accurately reflects the reality that most incumbents are safe in their seats. Members resting comfortably on a 99 per cent probability of winning can dodge populist policies and enjoy more flexibility in what they can say. Republican Senators John Thune, Michael Crapo and Charles (“Chuck”) Grassley fall solidly into this category.

As voters head to the ballot box, Asia policy may not be on the forefront of most Americans’ minds, but the outcomes will resonate throughout Asia.

In March, Biden’s US Trade Representative Katherine Tai testified before Congress. Thune, Crapo and Grassley drilled her on the IPEF and questioned her on why the Biden administration is not pursuing free-trade deals in Asia. Democratic Senators Maria Cantwell and Bob Menendez joined this charge.

For Asia, this debate matters. Republican Senate leadership has a long history of supporting free-trade agreements, including working with the Obama administration in support of the Trans-Pacific Partnership (TPP), before Trump abandoned it. (Hillary Clinton would have ditched TPP, too) Biden’s IPEF was pitched as an attempt to re-engage Asia while regional trade deals are still unpopular. Keeping stalwarts of free-trade in office – both Republican and Democrat – will maintain the intellectual underpinnings needed until trade deals are politically feasible once again.

On 8 November, as voters head to the ballot box, Asia policy may not be on the forefront of most Americans’ minds, but the outcomes will resonate throughout Asia for years to come.

Previous Article
Waiting for the thaw: the Pacific hopeful on Australia-China reset
Next Article
Australia’s road to Geneva

Republicans in the US House of Representatives have been conspicuously absent in the last two weeks while the rest of Congress has rallied around Australia.
Greg Earl 5 Nov 2020 17:00

The US blocks a consensus candidate at WTO, Australian businesses offloading in Asia and the Ant float banned.
Michael Wesley 28 Oct 2022 11:30

The war in Ukraine: implications for Asia

Win, lose or draw in Russia’s bold attack, the Indo-Pacific may be the new frontier for autocracies to test their limits.