Each month – each week – brings new and alarming developments in US-Russian relations. The only question is: how much worse can things get? 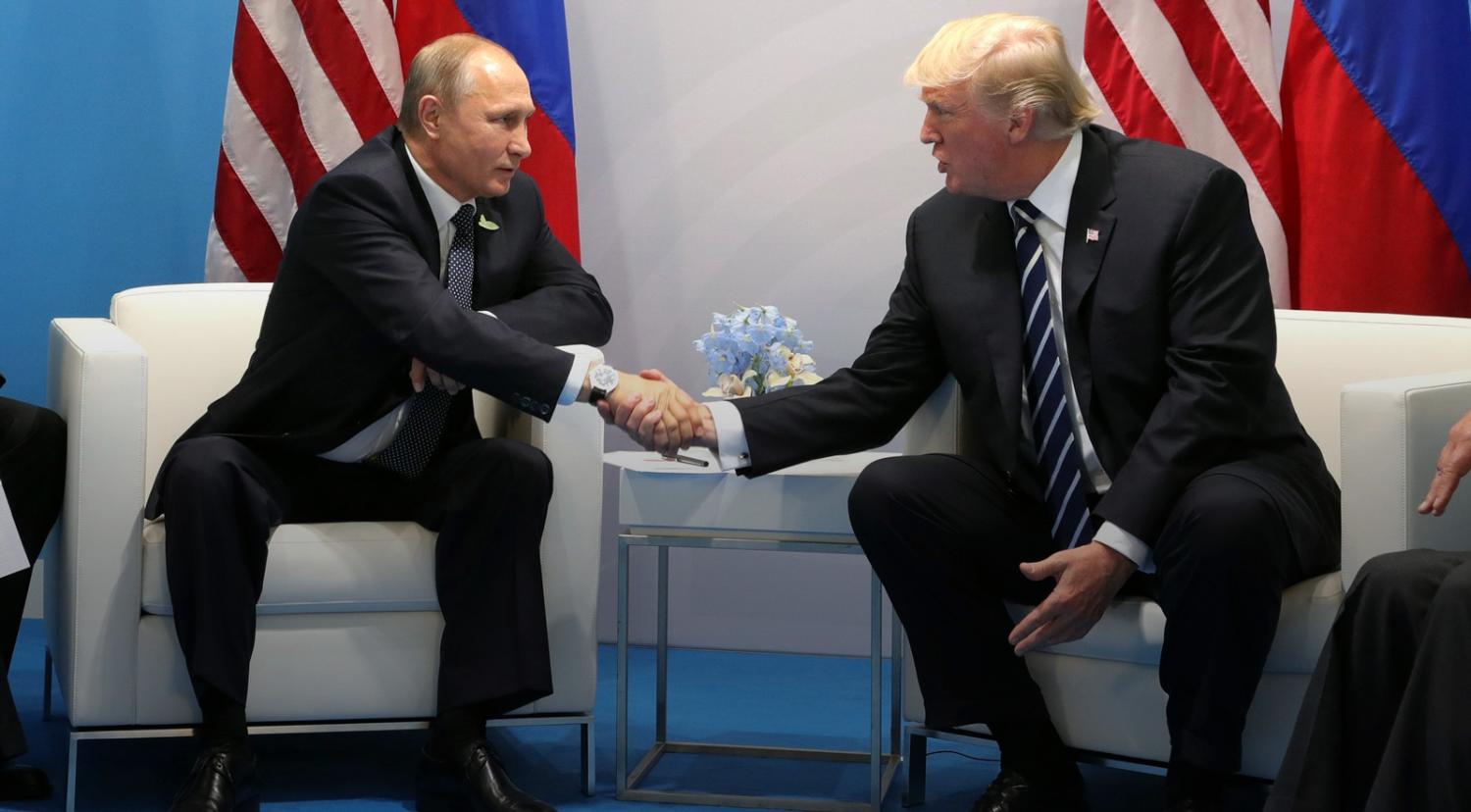 Each month – each week – brings new and alarming developments in US-Russian relations. No one seriously expects any improvement in the near future. The only question is: how much worse can things get?

During the initial period of the Trump presidency, the fear was that Trump would make some sort of deal with Putin – such as lifting sanctions, or recognising Russia’s annexation of Crimea. Trump had consistently praised Putin as a leader, while refraining from criticising his actions. This may have been because of some illicit collusion between the Trump camp and the Kremlin; or it may have simply reflected the fact that Trump and Putin shared disdain for the policies of the Obama Administration and had a common view about how the world works. They both believe every country should look out for itself.

Either way, the idea of a 'grand bargain' crumbled in the face of resolute opposition to Trump – from the US media, from Congress, and from the generals who Trump had appointed to key posts in the White House. Any concessions over Russia would have provided more ammunition to Trump’s numerous critics. In any event, the US stood to gain little from such a bargain.

Russian political analyst Vitaly Kozyrev observed that: 'Trump is both a relief and a headache for Russia and China. There will be less pressure from the neoliberal globalisers but more geopolitical uncertainty.' (He was speaking at the National University of Singapore on 18 July).

It was not until the G20 meeting in Hamburg on 8 July that Trump and Putin finally met in person. They seemed to hit it off. A bilateral meeting planned for one hour ran for two hours 15 minutes. Ten days later, it was revealed that at dinner Trump pulled Putin aside for another tête-à-tête attended only by the Russian interpreter. In Hamburg Trump announced a plan for a joint program with Russia to counter cyberwarfare. This ridiculous idea had obviously not been cleared with his security staff, and it was officially dropped a day later.

Meanwhile, Russia’s numerous foes in Congress pushed through tough new sanctions on Russia, which Trump reluctantly signed into law on 2 August. The law expands the list of Russian projects under embargo – including the plan to double the capacity of the North Stream gas pipeline across the Baltic Sea, much to the annoyance of the Germans. It also ties Trump’s hands by requiring him to go back to Congress for approval before any of the sanctions can be lifted.

In retaliation, Putin ordered the US to cut 755 of its 1200 staff from its embassy and consulates in Russia. Back in December 2016, Putin had refrained from responding when Obama had expelled 35 Russian diplomats (and seized two compounds) as punishment for Russian hacking of the 2016 election. He has now made up for that earlier restraint.

Still, it is unclear where Putin goes from here. Putin has been reserved in his criticism of Trump. But it seems unlikely that Putin is willing to make any serious concessions to get the US-Russia relationship back on track, such as implementing the Minsk accords by allowing the Ukrainian government to re-establish control over the border between Donbas and Russia. Arguably, the current situation is untenable. In the face of a stagnant economy Putin needs to chalk up some more wins to reassure Russian elites that he is still the best bet for assuring their wealth and security. Andrei Piontkowski, one of the Kremlin’s harshest critics, argues that the Russian oligarchs’ greatest fear is a serious US attack on their personal assets, scattered around the globe but vulnerable to the long arm of US anti-corruption legislation. So, some escalatory moves by Putin cannot be ruled out. On the other hand, Dmitry Gorenburg argues that Russia’s upcoming military exercises in the Baltic are part of a routine training cycle and not evidence of aggressive sabre-rattling.

While Trump flounders, the Beijing-Moscow axis grows more solid. In July, Russia and China conducted joint naval exercises in the Baltic. At the G20 in Hamburg, Russia and China jointly rejected a proposal by Donald Tusk to impose UN-level travel bans and asset freezes on human smugglers in the Mediterranean.

The Trump administration was able to persuade Russia and China to support a resolution in the UN Security Council on 5 August imposing new sanctions on North Korean exports, in response to their testing two missiles with inter-continental range on 4 July and 28 July. However, the sanctions, which stop short of say blocking oil imports to North Korea, are unlikely to deter Kim Jong-un from continuing his nuclear weapons program – which now seems close to fruition.

We are repeatedly assured that Kim Jong-un’s motives are primarily defensive, that his goal is simply to stay in power. However, nuclear missiles are not necessary for that purpose. Kim Myong-chol, seen as an unofficial spokesman for Kim, suggests that: 'What makes him different from the [preceding] two Kims, is that he will succeed in getting what he wants. The reunification of Korea, without foreign interference'. Likewise B R Myers, author of The Cleanest Race; How North Koreans See Themselves, argues that the goal is not regime survival, but unification. Myers suggests that the proximate goal 'is to force the withdrawal of American troops,' which would clear the path for coercive destabilisation of the Republic of Korea.

Such a scenario is not appealing to either Russia or China, but it is not clear how far they are willing to go to prevent it from happening. Meanwhile Trump’s undiplomatic blundering is helping to bring such a nightmare scenario from the hypothetical to the realm of the possible.

So at some point Washington and Moscow will start talking again to tackle the unresolved crises in Ukraine, Syria and Korea. Unfortunately the investigations into Trump's troubling ties to Russia may make it impossible, for political reasons, for direct bargaining between Moscow and Washington to resume anytime soon.

*Editor's note: Some minor edits made after publication

The legacy of a complex nuclear history weighs heavily on a country torn between deterrence and disarmament.
Bruce Hill 28 Feb 2019 06:00

You can’t eat sovereignty, you can’t drink independence, and you can’t build a house in the middle of the ocean.