The ineptitude of the UK’s Covid response is on full display the moment you arrive in the country. 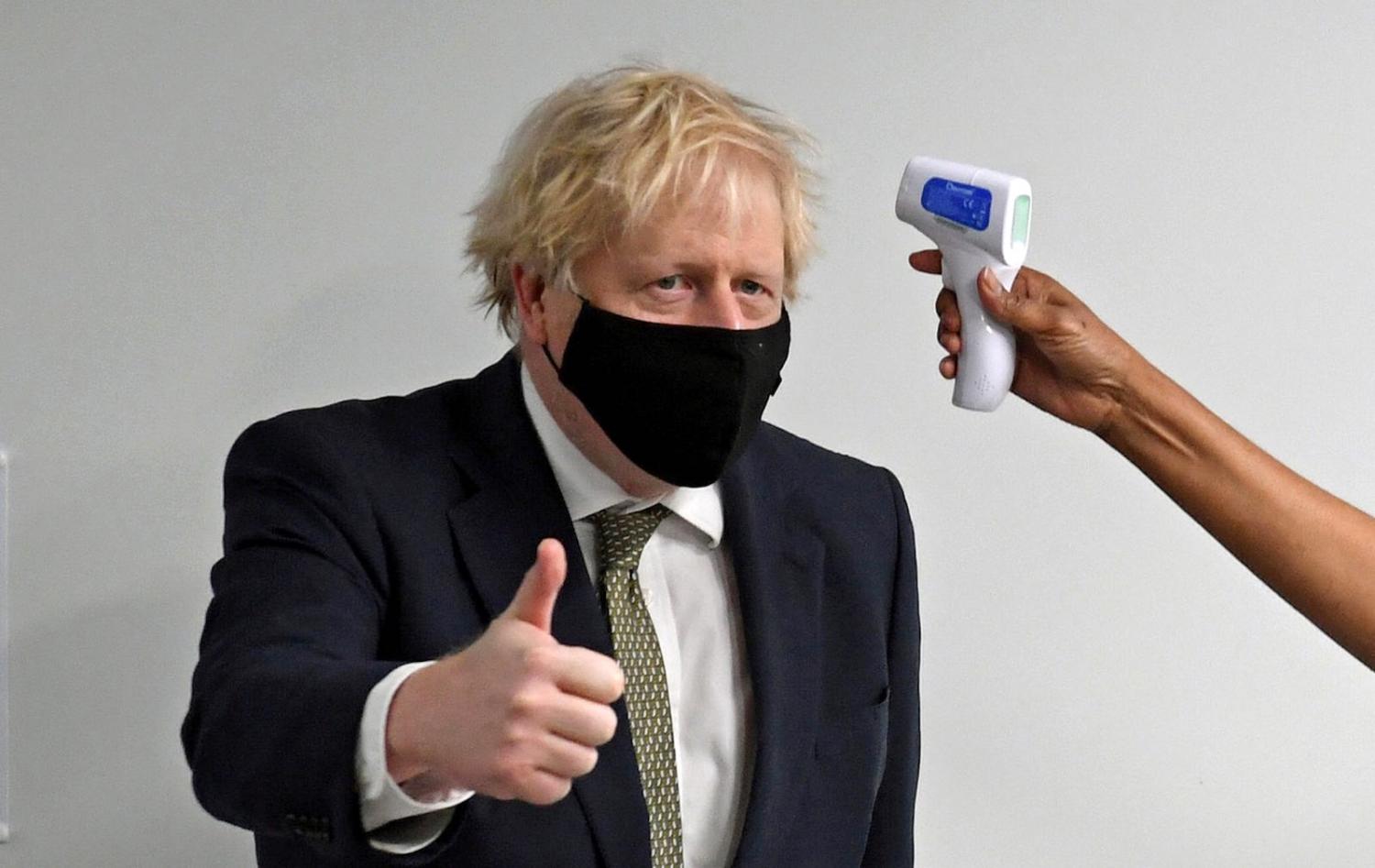 Returning to the country of one’s birth is a common experience for many Australians. In the more than 45 years since I first arrived in Australia, though, I have never been more astounded and appalled by what has happened to Britain in my absence, or more grateful that I no longer live there.

I’ve made the pilgrimage to this increasingly disunited kingdom many times over the years, but it’s now one I hope never to repeat. The way things are going in this plague-ridden country, I may not have the luxury of choice, however. Coronavirus infection levels and death rates are the highest they have ever been and show few signs of abating. Britain’s 60,000 infections a day put Australia’s problems – and its unambiguous achievements – in perspective.

According to the British government, the blame for this astounding statistic can be laid at the feet – or more accurately, perhaps, the spike proteins – of the “new variant” of the virus. It is, we are continually assured, the increased transmissibility of the new variant that is responsible for Britain’s problems – not the political leaders charged with dealing with crises. This implausible claim is not supported by either the historical record or the scientific community, for that matter, even if some of them are reluctant to say so unambiguously.

Endless U-turns, prevarication and indecision from the UK’s central government have made it difficult for the public to know quite how to behave.

Who could possibly have foreseen that allowing people to get together at Christmas and the egregious failure to enforce the “urgings” (rather than rules) promoted by the government would result in a huge spike in infections? Quite a lot of people, actually, but none of them seem to have much influence over an administration that seems extraordinarily averse to making difficult decisions or enacting complex policy.

The ineptitude of the British response is on full display the moment you arrive in the country. When I landed in Birmingham a month ago, all I had to do was place my passport in an unsupervised machine, pass through an unmanned customs point, and go about my business. No form-filling, no health checks and certainly no quarantine in proudly independent Britain. Certainly “efficient”, but not quite what I expected reclaiming control over national borders would actually look like – especially at the height of the greatest public health crisis in living memory.

The new mantra of governmental exculpation is that Britain has vaccinated more people than the whole of the rest of Europe. If so, well done, indeed. Let’s hope it proves the proverbial magic bullet for Britain’s inept government and a disillusioned public who are increasingly unwilling to follow even the most undemanding injunctions about wearing face masks in public.

Yet who can really blame them for such shortsighted behaviour? After all, during the previous lockdown, the rules, such as they are, were only seen to apply to the “little people”. The self-indulgent behaviour of Dominic Cummings, Prime Minister Boris Johnson’s notorious rule-breaking former consigliere, did more to undermine public belief in shared responsibility and collective action than anyone else. Johnson seems incapable of learning even this simplest of lessons.

Endless U-turns, prevarication and indecision from the UK’s central government have made it difficult for the public to know quite how to behave, even in the unlikely event that some of them have actually wanted to. Remarkably, mandatory mask-wearing in shops remains controversial, despite the epic rates of infection. Rather fittingly, perhaps, the police have washed their hands of any responsibility for ensuring people comply.

Johnson seems congenitally unable to provide the sort of consistent leadership and messaging that the likes of state premiers Dan Andrews in Victoria and Mark McGowan in Western Australia have in Australia. Party politics aside, the results and the efficacy of the policies speak for themselves. Australia’s response has also been a surprisingly good advertisement for its otherwise anachronistic-looking federal system, too. In the UK, by contrast, the health crisis, especially alongside the entirely needless impact of Brexit, will give further momentum to the Scottish push for independence.

Far from making Britain great again, Johnson may preside over the breakup of the UK, the further contraction of its economy and a drift into geopolitical irrelevance. The only parallel with Britain’s finest hour, so frequently invoked by Brexiteers, is the highest rate of additional deaths since 1940. Johnson’s buffoonish public persona and lack of discipline make him seemingly incapable of grasping the magnitude of the simultaneous crises the country faces, much less dealing with them.

To be fair, there aren’t many countries that have passed the coronavirus stress test with colours flying. But there aren’t many countries that labour under the delusions of grandeur that the leadership of Britain still does, either. Any recent migrant still wondering whether they made the right decision about moving to Australia need fret no longer. As Thomas Wolfe famously warned: You can’t go home again.

In Britain’s case, you probably wouldn’t want to.

Previous Article
Indonesia lags on renewable energy, and pays the price
Next Article
America’s troubles ahead in the Asia-Pacific

The key question is whether Kim Jung-un is developing nuclear weapons and missiles for deterrence, primarily against the US, or for aggression.
Stephen Grenville 28 Feb 2017 07:10

A successful UBI program in a Kenyan village will not provide insights relevant to the challenge posed by fast-changing technology in advanced economies.
28 Mar 2018 11:30