Where the buck stops: aid in Fiji

The development funding arena in the Pacific is a crowded space. But local actors are often forced to take back seat. 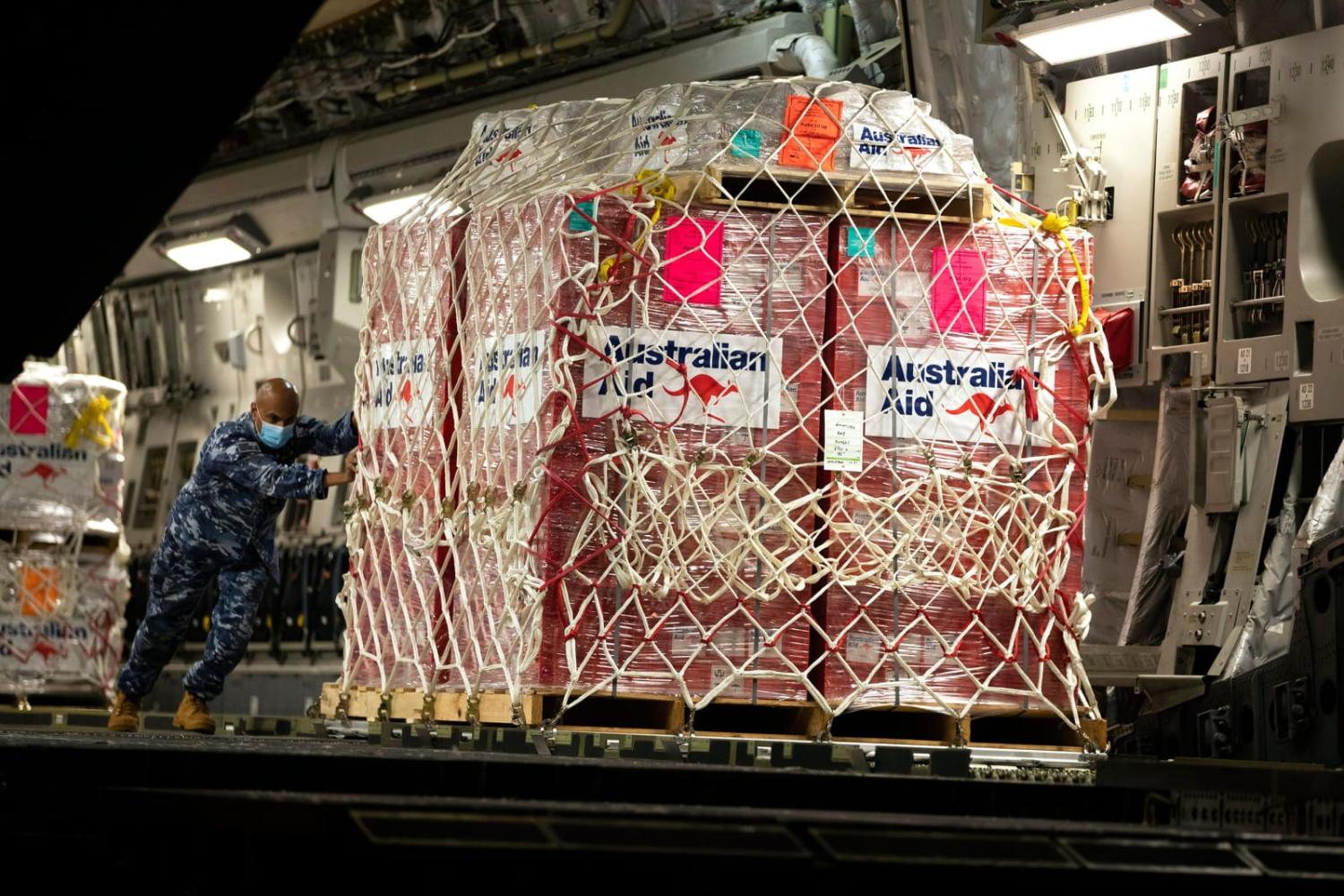 Deeper thinking is required about the nature of aid and whether Fiji will further distance itself from the international aid dollar. Multinational contractors, the expatriate-heavy consultant cohort, an enduring but marginalised civil society, and a recipient government steering its way out of a crippling pandemic into general elections are all significant actors in Fiji’s aid landscape.

In the most aid-dependent region in the world, Fiji ranks consistently among the Pacific’s top five recipients of development financing.

According to the newly released 2022 edition of the Lowy Institute Pacific Aid Map, between 2008 and 2020, Australia remained the single most significant development partner to Fiji, with 27 per cent of all its development financing directed to the country (US$855.6 million), followed by the Asian Development Bank (US$459 million) and China (US$378.8 million).

The ADB’s contribution is notably skewed by a hefty tranche of funds disbursed in 2020 under the Covid-19: Sustained Private Sector-Led Growth Reform Program. Over the same period, government and civil society expenditure ranked highest in allocations, followed by the transport and education sectors.

Local stakeholders have called for more equitable partnerships that do not underestimate local knowledge and skills or crowd out local actors’ contributions.

Development flows into Fiji have varied over time. For instance, humanitarian aid spiked post-Tropical Cyclone Winston in 2016, peaked in response to the pandemic in 2020, and has since remained above 2008 levels. More recently, international development support to government has included direct budget injections and concessionary loans, features that were disbursed in only a limited fashion in the previous year. Emerging from the pandemic, Fiji is gearing up for a general election on 14 December following the COP27 climate talks in Egypt next month in which loss and damage are expected to dominate the agenda.

In this environment, now is the time to spend big in line with the Fijian government’s priorities for reducing climate vulnerability, which include: (i) better approaches to urban planning; (ii) upgrading infrastructure services; (iii) strengthening agriculture and fisheries sectors; (iv) conserving ecosystems; and (v) building socioeconomic resilience.

It is also time for the Fijian government to save big. Investing in productive infrastructure bodes well for economic recovery, with benefits including a favourable fiscal multiplier effect. This approach could lead to a reduction in government expenditure in favour of productive sectors such as agriculture, with these forms of support disbursed through civil society actors.

Even the most affluent governments are learning painful lessons about prioritising operational expenditures post-Covid. With its official development assistance budget bolstered over the past decade, the Fijian government could do better with tightening its procurement and executing its projects, self-funded or otherwise. An abundance of aid-funded parliamentary training has not prevented oppressive legislation and the diminishing transparency of parliamentary procedures in Fiji. Some governance challenges lie beyond the scope of aid, and a recipient government is ultimately accountable for creating an environment in which the benefits of aid can flourish.

Development partners, geopolitically pressured to exhibit impactful generosity in the region, might benefit from honest introspection about whether aid is working for Fiji, the region’s second least aid-dependent country after Papua New Guinea.

Despite Fiji ranking second among Pacific Island countries in the 2019 human development index rating, its poverty rate had been rising pre-pandemic. Post-Covid, economic growth rates (averaging 3.1 per cent from 2015–19) are modest compared to its poverty rate of 29.9 per cent in 2019–20 (later revised by the World Bank to 24.1 per cent), and Fiji is deemed unlikely to meet its 2030 Sustainable Development Goals poverty reduction target.

So, the question remains, who is the aid ultimately working for? Its structural impact seems negligible at best, with large disbursements landing with multinational contractors and implementation marred by failed localisation attempts, inadequate aid flows to national and local actors, and a consultancy landscape that favours expatriates, remunerating them considerably more than local peers.

Developed countries, particularly Australia, Canada, and the United States, continue to fall short of their international climate finance pledges of some $100 billion annually between 2020 and 2025. This has become an important yardstick to measure the overall commitment to climate action by developed countries. Small island nations have sounded the call for decades, this year demanding that developed countries deliver on financing for climate-related loss and damage.

The growing discourse around the region's structural failings in aid implementation is worth considering. Civil society actors have been vital in addressing market failures in Fiji, supporting community social safety nets against rising poverty levels, and proving a familiar frontline in times of crisis.

Local stakeholders have called for more equitable partnerships that do not underestimate local knowledge and skills or crowd out local actors’ contributions and narratives with “intrusive logos and acknowledgments”. All too often, those voices are left out of the prioritisation and resourcing of aid projects. With aid negotiations dominated by the government and development partners, there are few spaces for genuine dialogue and consultation with smaller and less powerful organisations that lack strong government connections.

Deeper thinking is required about the nature of aid and whether Fiji will further distance itself from the aid dollar. Multinational contractors, the expatriate-heavy consultant cohort, an enduring but marginalised civil society, and a recipient government steering its way out of a crippling pandemic into general elections are all significant actors in Fiji’s aid landscape.

Previous Article
The war in Ukraine: implications for Asia
Next Article
Overcoming suspicion: reconciliation for Australia and Bougainville

As in-person meetings restart after Covid, it’s time to assess what resources support the many strategic groupings.
David Kelly 6 Jul 2017 17:29

Early tensions over the China Solution cropped in a debate on the ‘Kindle­berger Trap’, a theme initiated by political scientist Joseph Nye.
Erin Harris 25 Jan 2018 14:00