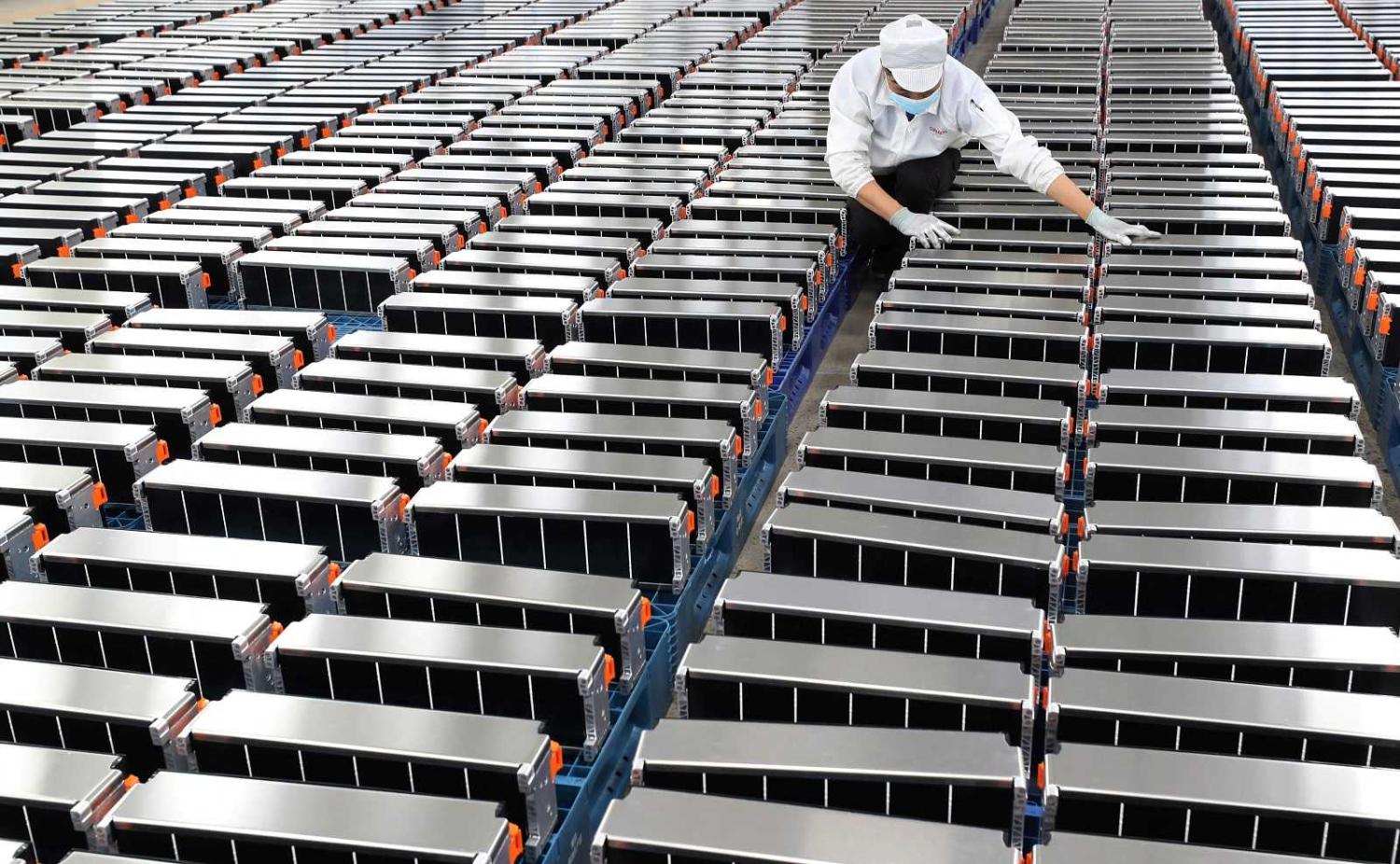 In the science-fiction classic Dune, the natural resource of “spice” represents the most valuable commodity in the universe, found only on the desert planet of Arrakis. Spice serves various purposes in Dune, but in both movie adaptations of the novel, Baron Harkonnen, former ruler of Arrakis, summarises its importance with the line: “He who controls the spice, controls the universe.”

While Dune has its share of spice, Earth contains its own spice rack, stocked with resources and commodities offering opportunities for those who control them and threats for those who do not. One state that has perhaps taken the words of Baron Harkonnen as encouragement in its resource strategy is China.

Beijing has implemented a long-term strategic plan for maximising the nation’s control over exploration, production, pricing and exports of natural resources that began with the creation of its first Five-Year Plan in 1953 and has allowed the state to “win without fighting”. This strategy still guides Chinese actions in regard to exploiting natural resources, one example being the acquisition of rare earth elements in regions around the world.

Latest figures show the United States relies on China for at least 80 per cent of its rare earths.

China is estimated to mine more than 70 per cent of the world’s rare earths, and is responsible for over 90 per cent of its refining and production. These elements are essential components in myriad forms of technology, including military equipment such as jet engines, missile guidance systems, anti-missile defence systems and satellites. Latest figures show the United States relies on China for at least 80 per cent of its rare earths, with China supplying 81 per cent of the world with its rare earth elements in 2017. China further holds a dominant position in supplying the United States with 21 of the 35 mineral commodities that Washington deems critical for its national security and economy. The United States is still attempting to extricate itself from this dependence on Beijing for critical commodities, a reliance that has led to vulnerabilities for the country and others in the past.

In 2010, Beijing halted rare earth exports to Japan for two months in response to Tokyo’s detainment of a Chinese fishing captain found near disputed East China Sea Islands. In 2021, China suggested halting exports to the United States as a test of how the country would produce fighter jets without rare earth supply and where the supply chain may shift as a result. Australia is relatively insulated from rare earth coercion, holding the sixth-largest reserves of rare earths in the world, much of which is untapped. That doesn’t mean that Australia’s military can’t be affected by poor quality Chinese metal or its reliance on other Beijing resources, such as the 2021 shortage of urea, another form of spice and an ingredient in the fluid needed by diesel trucks and agricultural machines.

China also has a history of creative forms of coercion, such as cutting tourism to certain countries, weaponising trade tariffs, and even halting trash processing. Attempts to diversify supply chains have run into further obstacles. Africa represents an opportunity for the supply of rare earth metals, but Beijing has already multiplied mining investment by Chinese entities on the continent 25 times in the period 2005–15. Much of this access to resources is tied to investment in infrastructure, which in turn links up with China’s ambitious Belt and Road Initiative.

A Chinese firm has a 51 per cent stake in the world’s largest lithium mine in Australia, which is all on top of China’s own large lithium reserves.

As the world moves towards generating sources of renewable energy and combatting climate change, Beijing is one step ahead. In the Democratic Republic of Congo, China has gained access to the largest untapped reserves of the key metal cobalt, an essential component in electric car batteries. Chinese companies have taken ownership of eight of the 14 largest cobalt mines in the country. Similar moves have been made in South America in an area known as the “Lithium Triangle”. The region rests on the borders of three countries into which Beijing has invested billions for the rights to mine lithium: Chile, Argentina and Bolivia, a nation described as the “new Saudi Arabia” for its potential in this component of electric car batteries.

Afghanistan offers a similar treasure trove of lithium, with Chinese firms seeking to take advantage of what may be the world’s largest lithium reserves worth an estimated $1 trillion or more. A Chinese firm has a 51 per cent stake in the world’s largest lithium mine in Australia, which is all on top of China’s own large lithium reserves. This domination of resources has come at the cost of the health of local workers, communities and environments around which their mining operations take place, as well as accusations of widespread graft.

Dependence on supply chains with Beijing at the on/off switch is a dangerous position and one that nations will need to adapt to in order to avoid the vulnerability of coercion. China has put itself ahead of the game in a natural resource strategy that brings to mind words from another classic of science fiction: “intellects vast and cool and unsympathetic, regarded this earth with envious eyes, and slowly and surely drew their plans against us.”

COVIDcast Episode 6: Geopolitics and the pandemic

The latest episode in a podcast to discuss the implications of coronavirus for Australia, the region, and the world.
Mercedes Page 2 Sep 2022 15:15

A tragedy in Xinjiang, a tragedy for the UN

A long-delayed report finding human rights abuses – though damning – is a sign of China’s level of influence at the United Nations.