Far from trashing its reputation, Beijing did the world a favour by swinging the sword. 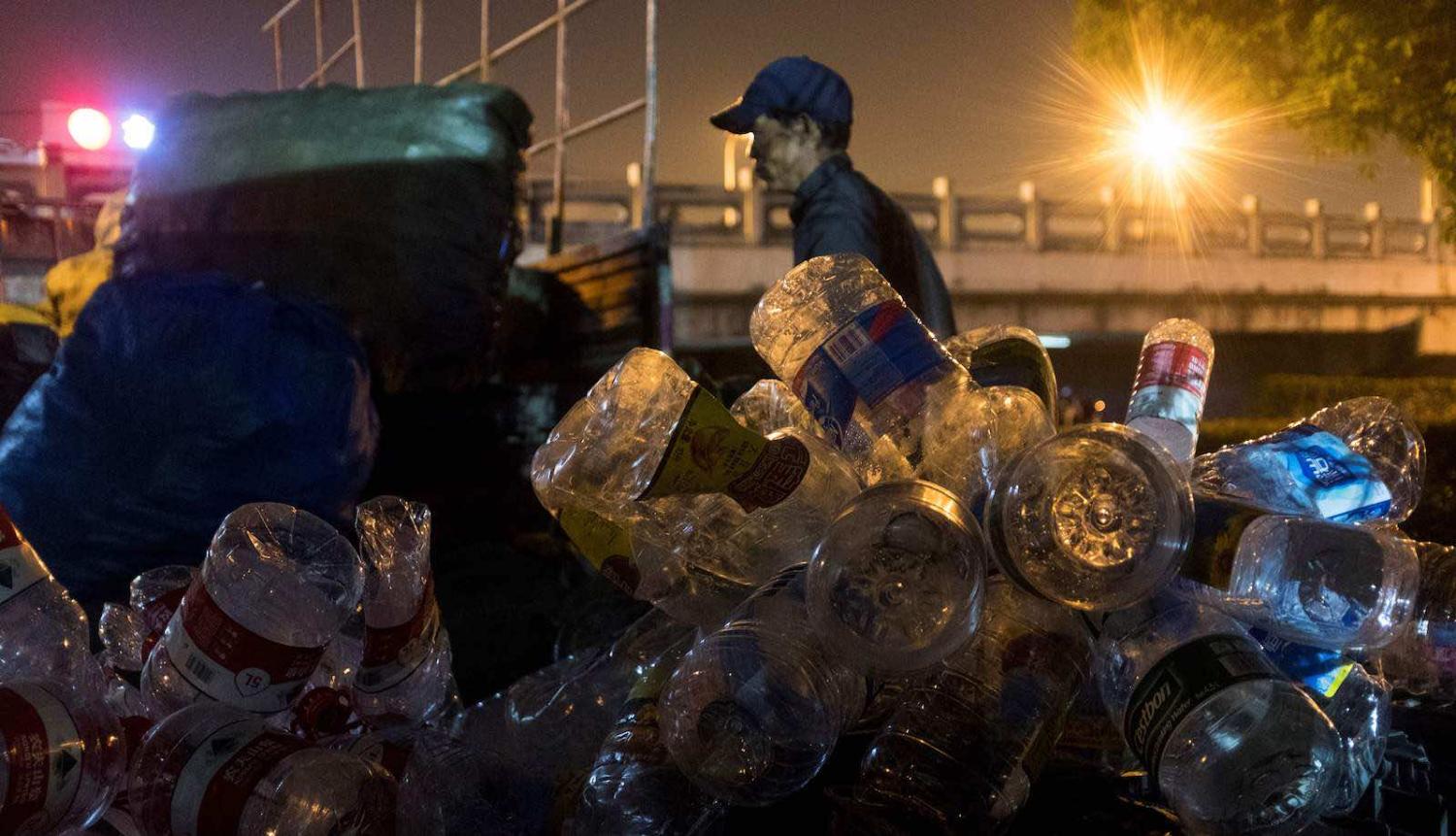 On hearing Beijing had instituted the ominously named “Operation National Sword” it would have been easy to imagine Chinese warships crashing across the Taiwan Strait or perhaps submarines emerging from the depths of the South China Sea. But this “sword” had a different edge. On 31 December 2017, China suddenly declared that from the very next day it would stop acting as the world’s rubbish bin.

The story was a remarkable (pre-pandemic) illustration of the interconnected world and the often-unrecognised threads of global connection. Since 1980, China had been the world’s largest importer of recycled paper and plastics ­– and from 2007 recyclables had been one of its largest import categories. By 2017, around 56 per cent of the world’s plastics were sent to China for recycling in what had been regarded as a mutually beneficial trade. Global exporters earned a reliable return for their waste, and Chinese firms had a steady supply of recyclable materials to turn into sellable goods for export, often at a cheaper and less-energy intensive rate than production from raw materials sourced domestically.

But in July 2017, Beijing informed the World Trade Organisation that it would no longer be accepting “foreign garbage”. The year before an estimated 45 million tonnes of scrap metal, waste paper, and plastic had shipped to China in a trade worth $18 billion. It all ended when the sword fell.

How could China be a superpower and engage in great power rivalry with the United States when it was still collecting “foreign garbage” from around the world?

Beijing’s policy banned the importation of 24 types of solid waste and set a contamination threshold of 0.5 per cent on what could be delivered. Worldwide shipments of plastic to China fell by 99 per cent  in one year, while paper imports reduced by a third. G7 nations who had sold 60 per cent of their plastic waste to China in 2017, now found only 10 per cent was being accepted. Australia itself sent 1.25 million tonnes of recycled material from 2016­–17, a figure making up 60 per cent of its recovered paper fibre and 20 per cent of its plastics. The United States historically exported 60 per cent of its own recyclable goods to China, and then found itself with nowhere to export nearly 4,000 shipping containers daily of recycling waste.

When Operation National Sword was first announced, the changes suggested were so drastic that the recycling industry did not believe it would come to pass. The policy resulted in a crisis for the waste management industry, which now had nowhere to send materials other than landfills, incinerators, or dispersing it wherever they could.

Europe incinerated its plastic at unhealthy levels, the United Kingdom burned more than half-a-million more tonnes of waste in 2018 than it did in 2017, and recycling firms in Australia and the United States curtailed or halted their programs entirely, culminating in the first Australian National Waste Policy in nine years.

Beijing’s ostensive motivation for Operation National Sword was the protection of its natural environment and citizen’s health by rejecting the significant amounts of “dirty” and hazardous materials that had been mixed with the other waste imported into the country.

Although the implementation of the policy without stakeholder engagement likely spread the environmental ill-effects around, China had indeed been taking measures since at least 2011 to reduce contamination in imported recyclables and the negative effects processing them had on the environment. The earlier “Operation Green Fence” had applied stringent limits on contamination levels with inspections and the prosecution of domestic firms that broke the rules. The United Nations Environment Program, even praised China in 2017 for its actions on reducing plastic waste.

Operation National Sword was the catalyst for a significant change in global waste management.

What was left unsaid was another likely motivator for the policy: Beijing’s image. How could China be a superpower and engage in great power rivalry with the United States when it was still collecting “foreign garbage” from around the world? The move to ban imported waste coincided with steps to advance Chinese power and ambitions. In 2017 the Belt and Road Initiative and the “Xi Jinping Thought on Socialism with Chinese Characteristics for a New Era” were enshrined into the Chinese Constitution, and the 19th meeting of the National Congress of the Chinese National Party took place in October of that year. On the table were goals for building a world-class military and reintegrating Taiwan and Hong Kong into the mainland. Rubbish collection made for an awkward fit.

The following year after Operation National Sword had taken effect, Beijing took an assertive stance in dealing with the US trade demands, landed a bomber on a Chinese-constructed South China Sea island for the first time, and pushed back on freedom of navigation exercises by a US warship in the region. Rejecting rubbish as strategy is unlikely to be found in any Defence or Foreign Policy White Papers, but the move should have been seen to signal a shift in Beijing’s assertiveness for the coming years.

Despite initial upheaval for global waste exports, Southeast Asian firms stepped into the vacuum, only to six months later implement their own restrictions or outright bans on imported waste. From 2018, Western nations had to reassess waste management practices. Programs educating the public on proper recycling habits proliferated in the United States, as well as the development of better recycling operations and infrastructure. Similar measures were taken in Australia and Europe.

Operation National Sword was the catalyst for a significant change in global waste management, raising the purity on exported waste materials and despite the initial upheaval reinvigorating the recycling industry. The world began to move on from single-use plastics, such as plastic bags and straws, and has a renewed focus on the effects of pollution and climate change and how to combat it. China’s economic rise has made it the world’s leading greenhouse gas emitter, but on waste management it appears that the West can thank Beijing for pushing it towards a better future for the environment.

Previous Article
India’s answer to China’s ports in Sri Lanka
Next Article
The forest for the trees: trouble at the Poland-Belarus border

If the Morrison government is on board with reducing emissions, as it seems to claim, it needs to step up its policies.
Syed Fazl-e-Haider 18 Nov 2019 14:00