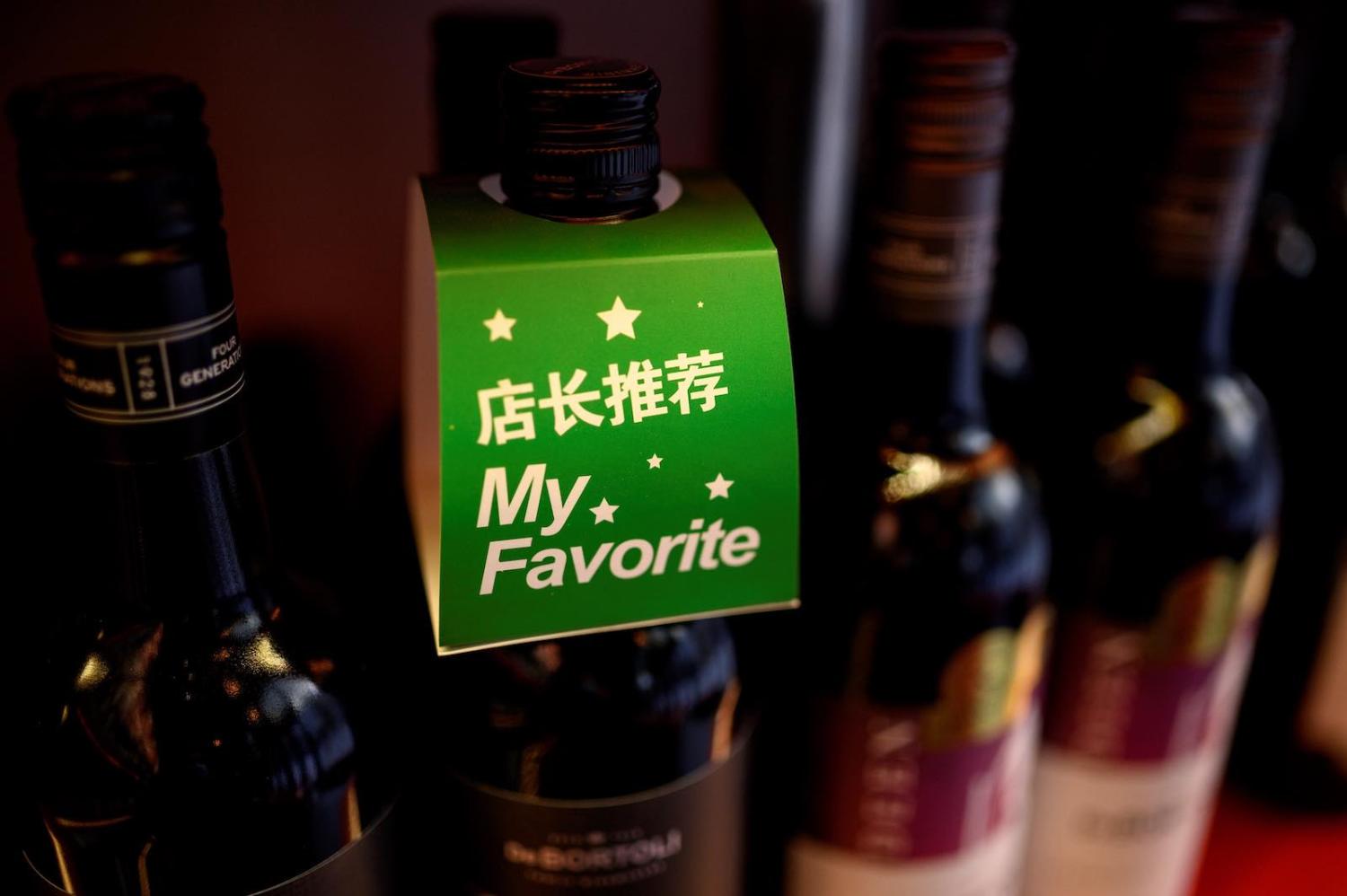 When the China trade numbers were released on Tuesday, you could hardly blame Australia’s 2500 winemakers if they locked themselves in the cellar with a nice bottle of red.

They certainly have plenty to drink. Only three months ago, Chinese customers drank 50% of Australian red wine exports. But by January, that was down to 1%, thanks to China’s tariffs of 200% or more on Australian wine.

So, this month’s wine salesman of the month award must surely go to Tim Ford, the chief executive of the biggest Australian wine exporter to China – Treasury Wine Estates.

A couple of audaciously creative ideas: export wine to China from Treasury’s US arm, and even make some from scratch in China.

Two weeks ago, amid the doom and gloom that has descended on the bilateral relationship, Ford declared he had not given up on China. Indeed, he has even decided to leave the head of his new premium Penfolds division (that’s the iconic Grange) in Shanghai.

And amid much advice about diversification, Ford outlined a couple of audaciously creative ideas: export wine to China from Treasury’s US arm and even make some from scratch in China.

Two studies released this week on the Australia’s various China trade challenges suggest that Ford might not have just been brainstorming in a locked cellar.

All politics (and tariffs) are local

Most of the discussion about the China trade problems has focused on Australia being punished for geostrategic decisions ranging from the Huawei ban to the Covid-19 inquiry.

But University of Queensland economist Scott Waldron has been making a strong case that to understand what is really going on politicians and exporters have to understand China’s drive towards domestic food security and import diversification.

So, while Australia is still the victim of unjustified dumping claims against products like wine and barley, China’s long-running desire to develop domestic food and other industries should not be such a surprise to Australian exporters or officials. Waldron writes in a paper with Zhang Jing for Perth’s Future Directions International that:

In the case of wine, Chinese planners see the development of a domestic industry as promoting higher farmer incomes in some underdeveloped rural areas and contributing to more ecological land use.

But despite this, domestic production appears to have been falling just as Australian imported product has been booming on the back of the bilateral free trade agreement, sparking the tariffs.

Waldron and Zhang say China could ultimately abandon the dumping case because it is not strong. But that doesn’t mean other successful Australian exports won’t get caught out by Chinese industry development policy.

While it is still early days in the search for new wine buyers in places such as Vietnam, they suggest ominously that specialised food products such as wine may find it harder to secure new buyers than more globally traded commodity products such as beef.

China’s coercive actions may be the biggest issue in economic diplomacy right now, but three former Department of Foreign Affairs and Trade economists are warning that the Morrison government needs to keep a close eye on what the new Biden administration does with Donald Trump’s trade deal with China.

They suggest that despite their high-profile differences, the new administration and China may find they have a Faustian bargain in Trump’s deal, which is delivering benefits to the US and giving China valuable guaranteed access to the US market.

Below the surface of the deterioration in Australia-China relations and the furious US election campaign attacks on China, these authors argue US products made inroads into the Chinese markets last year, and this resulted in displacement of Australian exports such as cotton, beef and wheat. Mike Adams, Ron Wickes and Nicholas Brown write in a paper for Adelaide’s Institute for International Trade that:

Any evolution of the Phase One Agreement or negotiations for new US-China trade agreements will, understandably, promote US national interests and cannot be expected to do Australia any favours. This needs careful watching.

Given the US-China deal covers products which represent two thirds of Chinese goods imports from Australia (other than iron ore), they are urging a more nuanced approach to trade policy than the China shock which has tended to prevail in recent months.

This would involve both clarifying with the Biden administration what its plans are for evolving the Trump China deal and being clear with China that Australia still wants to develop the bilateral economic relationship.

This is a useful contribution to the current China relations crisis because, like Waldron and Zhang, it acknowledges that there are domestic China considerations are work here; then there are retaliatory or coercive practices; and then there is the risk that the US will do its own opportunistic China trade deal while talking to Australia about shared security concerns.

Not surprisingly, given their DFAT background, Adams, Wickes and Brown argue that smarter thinking from universities and the public service along with cooperation with like-minded countries is the way through this superpower trade chicanery.

Waldron and Zhang, more prosaically, simply say that like Australia’s other highly globally exposed farm exporters over time, the innovative wine industry will just have to suck it up and adapt.

In the first instance, the company says offloading all that product intended to China in other Asian countries from Japan to Thailand could take two to three years.

Next it plans to direct wine from its non-Australian operations mainly in the US back to China, perhaps cleverly coat-tailing on the mercantilist sentiment of the Trump deal.

The former DFAT economists point out that wine was not a particular beneficiary of the Phase One US-China deal but that US product has a good prospect of filling the void left by the punitive tariffs on Australian wine.

Finally, Treasury seems to be taking Waldron’s warning about Beijing’s food security concerns to heart and looking at making wine from Chinese grapes after experimenting with a red grape/rice wine blend a few years ago.

“There’s absolutely a long-term ambition of having a China-sourced Penfolds portfolio,” Ford told The Australian Financial Review. “We’re not giving up on China at this point.”