China, India and Australia are all dealing with the costs and risks of reshoring. 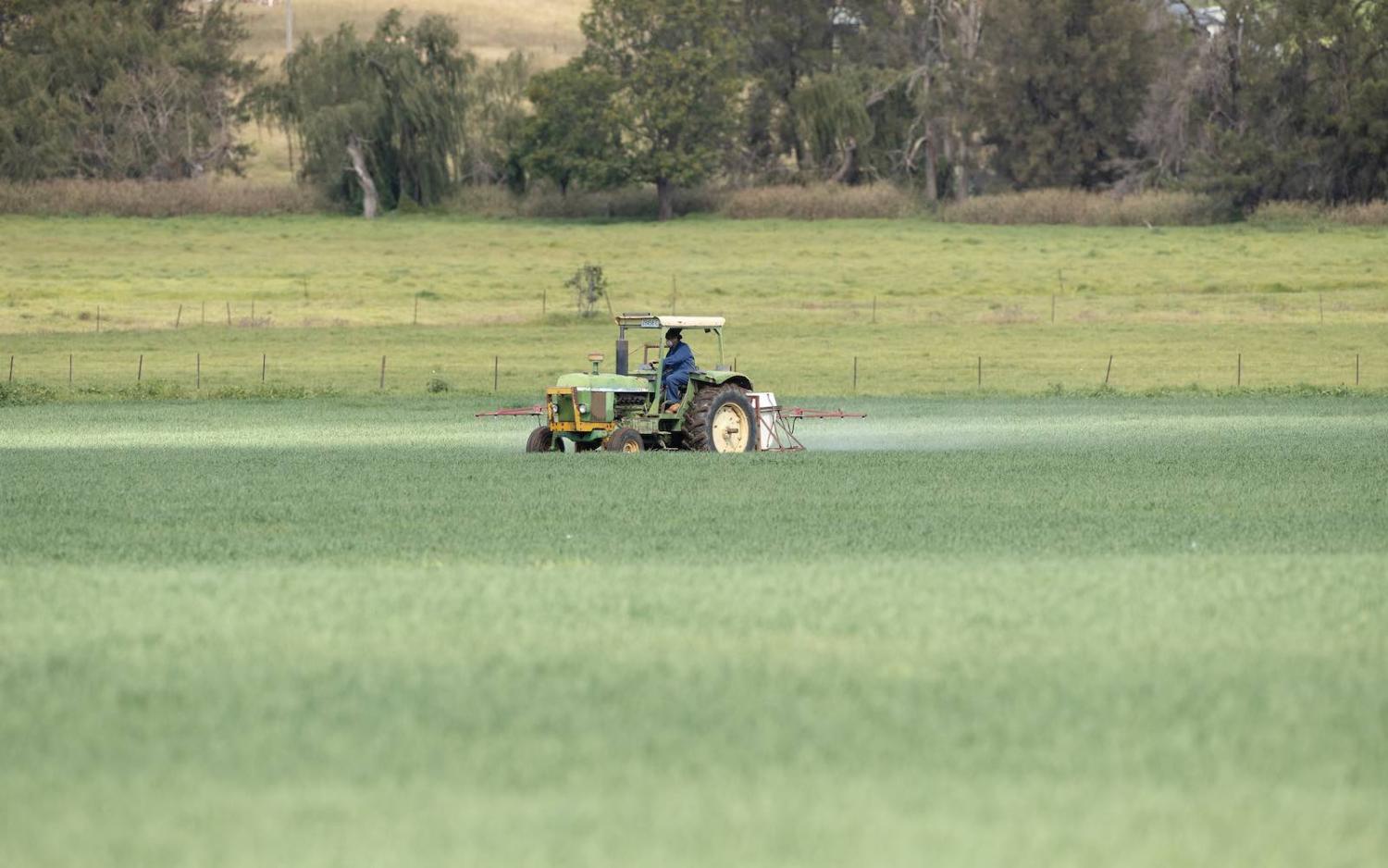 Diversification might be the word of the moment in the lexicon of Australian trade debate, even though few advocates make much attempt to explain how it will actually work.

But now we have two interesting efforts to quantify just how selected reductions in trade with China in different sectors might actually play out in terms of overall costs to Australian – and, for that matter, Chinese – living standards.

There are a lot of assumptions here, and these sub-sectoral studies don’t really grapple with the bigger reality that China accounts for at least one third of exports. But this is the sort of analysis that will be needed if the country is going to be able to make hard-headed decisions about future trade restraints.

The Australian Bureau of Agricultural and Resource Economics and Sciences (ABARES) and, separately, University of Queensland economist Scott Waldron have now tried to quantify how the recent Chinese barley and beef export restrictions will play out. And they both provide interesting insights into the double-edged impact and the diversification opportunities.

Both these studies follow some ground-breaking work last year by the Victoria University Centre of Policy Studies (CPS) on the impact of a 25% cut in Chinese coal imports from Australia which followed the unexplained slowdown in processing of coal exports by China earlier in the year. That research found that the annual cost in terms of lost consumption would be about $31 per head for Australians, whereas there would be a much smaller loss for China.

Waldron’s broader point is that if the net public costs of trade diversification moves were better known, the government and community would be better able to make decisions about them.

Last week, ABARES released parallel research about the Chinese barley tariffs, which finds that gross exports to China of about $1.2 billion a year will probably be lost. But after adjusting for barley export redirection, alternative use of farmland for other crops, new grain exports and alternative use of cheaper barley in Australia, the worst-case loss of agriculture output would be only about $250 million.

But remarkably, ABARES finds that the tariff might cost China $3.6 billion due to its barley users such as brewers having to shift to other inputs, resulting in higher costs and less efficient domestic grain production.

Waldron takes this sort of analysis further by arguing, on one hand, that Australian exporters need to better understand what drives these Chinese decisions – for example, the way China is focused on ensuring food security with diverse supply chains. On the other hand, he warns that these interventions will recur, and so Australian producers need to both maintain alternative markets and to understand the real – rather than headline – flow-through costs, as ABARES has done.

Australian farmers and agribusiness firms have benefited enormously from the trade due to the underlying drivers of supply and demand and complementarities that thrive under stable conditions. However, the risks of dealing with China are considerable and increasing and many Australian agricultural industries are heavily exposed to the risks.

Drawing on the CPS modelling approach, he broadly estimates that the combined costs of the latest Chinese barriers to barley and beef might only be about $1 a head for Australians.

Waldron’s paper contains more specific suggestions about how Australia should deal with Chinese farm trade tensions. But his broader point is that if the net public costs of trade diversification moves were better known, the government and community would be better able to make decisions about them.

World Bank economists have taken up this subject from a different angle in their latest Global Economic Prospects report, which raises concerns about the downside costs of the now widely forecast winding back of global value chains (GVCs) towards more localised manufacturing as a result of Covid-19.

Australia is taking tentative steps down this path under the government’s “economic sovereignty” strategy, although as noted here before, Industry Minister Karen Andrews has emphasised consumer nationalism as the driving force over government intervention.

While the World Bank economists note GVCs were already being wound back before the pandemic and more shrinkage will occur, they counterintuitively warn:

During the crisis, offshore sourcing has posed less risk to supply in several key sectors than has concentration of production in a few large facilities (eg. meat packing, medicines) – a reduced reliance on foreign inputs often results in an increased reliance on domestic inputs, which are also vulnerable to disruption from the pandemic.

The Bank’s East Asian regional economist Aaditya Mattoo made the point more bluntly in an Asia Society Policy Institute webinar this week, where he said that state support for reshoring – or what he calls “dependence diversion” – could quickly turn into a slippery slope towards protectionism.

And when Australia is specifically turning to varied trade deals with India and Indonesia to diversify from risks in China, Mattoo noted that those two countries, in particular, were prone to the lure of self-sufficiency, which would likely only increase due to the global reshoring push.

Remarkably, India has now put itself at the front line of the economic diplomacy manoeuvring to reduce dependence on China, driven by the deadly border clash between the two countries in mid-June. It has banned popular Chinese online platforms including Tik Tok, imposed Australian-style de facto reviews of new Chinese investment, embraced Chinese-style informal import restrictions on Chinese goods and is considering a ban on telecommunications company Huawei.

This is remarkable because only last October at their Chennai summit, Indian Prime Minister Narendra Modi and Chinese President Xi Jinping appeared to lay the groundwork for continued economic engagement, despite their strategic rivalry.

Chinese investment in India’s e-commerce and consumer products sectors has gone from negligible to about US$26 billion in the past five years, in a faster-paced mirror of what has also happened in Australia. But while India is only about half as dependent on China for two-way trade compared with Australia, it has a large trade deficit with China – unlike Australia.

Chinese investment in consumer products factories did seem to be paying off for India by reducing the Chinese trade deficit with greater local production and underpinning Modi’s “Make in India” manufacturing revitalisation scheme.

But cutting the economic sinews with China just when the Indian economy is undergoing one of the world’s larger Covid-19 slumps runs the risk of higher prices, component shortages and perhaps lower manufacturing quality, which would hurt any export push.

This seems to be a real “Make in India” moment, where the country can slide back towards Mattoo’s warning about traditional Hindu nationalist self-reliance or perhaps rethink its recent aversion to trade liberalisation via the Regional Comprehensive Economic Partnership and the moribund Australian bilateral deal.

Down on the farm

Meanwhile, the decision by chemical company Nufarm this week to stop manufacturing crop protection products in Australia is exquisitely poor timing for the government’s national sovereignty campaign. Only two months ago, the company was warning that Australia needed to boost local manufacturing to reduce its reliance on China.

This will likely make Australian farmers – who spend about $500 million a year on Chinese agricultural machinery and inputs – even more dependent on Chinese supplies, just when Chinese demand for their products such as barley and beef is in question.

But this is an area where some of Waldron’s careful diversification and risk-analysis thinking needs to apply.

While farmers do spend about $500 million a year on Chinese imports, they also sell China products valued at about $13 billion. And as ABARES has previously shown, China needs about $2 billion of those Australian commodity exports as inputs to manufacture its own food exports.

Australia might worry about opportunistic takeover bids at home, but investment restrictions will hit the region more.
Olesya Dovgalyuk 14 Nov 2019 10:30

The Shanghai Cooperation Organisation efforts to rebrand itself as an economic forum deserve a second look.
Greg Earl 16 Nov 2017 18:04

A strongman song and dance as the region puts on a summit season show.