Why Vietnam embraces multilateralism at this uncertain time

Communities might be locked in isolation for Covid-19, but Hanoi has faith in the way the world can work together. 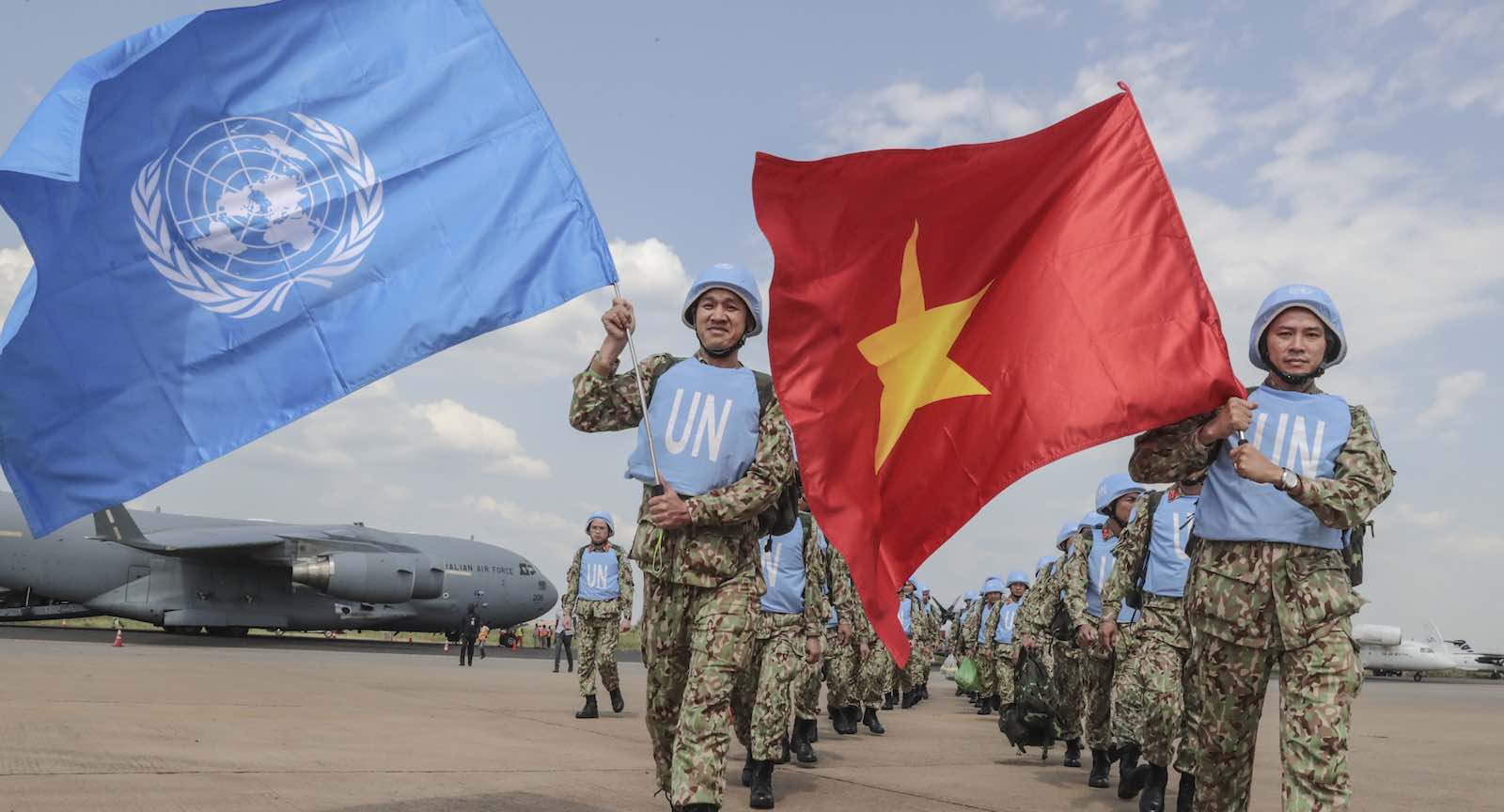 A team of 30 medical doctors from Vietnam arrives in Juba, South Sudan, in 2018 to begin their service with the United Nations mission in the country (Isaac Billy/UN Photo)
Published 18 May 2020 06:00   0 Comments       Follow @TinhDinhLe

Today the mere mention of multilateralism leaves many jeering that the heyday of international cooperation has past. Isolationist politics appear preferred. Yet Vietnam’s recent activism in multilateral forums appears to demonstrate that Hanoi does not believe that cooperation is a faded luxury. Support from Vietnam for institutions such as the United Nations, the World Health Organisation, and Association of Southeast Asian Nations continues to increase.

It is alarming that narrowly interpreted national interests are chosen over common values, big power politics, coercion, competition and confrontation are favoured over cooperation, dialogue and respect for international law.

Hanoi has distinct reasons for believing in multilateralism.

First, during Vietnam’s deadly fight for national independence, recognition and support by the wider regional and international community was critical. One can look back to Nguyen Ai Quoc, later known as Ho Chi Minh, who on behalf of his fellow patriots then living in Paris sent a letter to the League of Nations in 1919 to ask for self-determination for Vietnam. Vietnam finally became a member of what by then had become the United Nations in 1977 marking a beginning of renewed confidence in multilateralism among the country’s leadership.

The hard-fought membership of Vietnam in ASEAN presents another compelling case of historical faith in multilateralism – ASEAN was formed, in part, with a view to containing the spread of communism. Anti-Vietnam sentiment lingered in ASEAN until the mid-1990s when Vietnam was eventually welcomed. The country has played an active role ever since.

Second, as a developing country, Vietnam needs and appreciates assistance from international organisations. From Food and Agriculture Organisation to UN Development Program, the World Bank to International Monetary Fund, Vietnam could not have achieved its lower-middle income status without working with these institutions. Indeed, with the support of these institutions, doi moi, a pivotal economic reform, has lifted millions out of poverty and turned the country into a hub of business in the region. Also, being one of the most open economies in Asia with trade value two times larger than the GDP, Vietnam is now party to 16 free trade agreements of high standards such as the Comprehensive and Progressive Agreement for Trans-Pacific Partnership (CPTPP) and EU-Vietnam Free Trade Agreement (EVFTA).

Multilateralism is more than just a collection of individual issues.

Policy makers in Hanoi acknowledge that while internal strengths matter the most, outside support is important. A guiding principle in Vietnam’s foreign policy is to combine national power with that generated by world trends. Notably, Vietnam has switched from being a recipient of funds to being both a recipient and donor. A recent example is Vietnam’s donation of $US50,000 to the WHO amid the fight against Covid-19 – Vietnam itself has achieved initial but encouraging outcomes in containing Covid-19.

Third, like many other nations, Vietnam engages in a wide array of cross-border actions to support the global and regional good. Indeed, it recognises the imperative of tackling these issues in a multilateral manner. Take climate change. As one of the countries hit the hardest by climate change, Vietnam has brought this topic to multiple forums. Also on environmental themes, the water security of the Mekong is a multinational issues, involving China as the upstream country and five other lower countries, namely Myanmar, Laos, Cambodia, Thailand, and Vietnam. This demands an integrated and collaborative approach to resolve challenges, such as equitable and sustainable use of the water resources to support the long-term health of the river and the 70 million people that depend on it.

Another cross-border issue involves the South China Sea. As one of Vietnam’s top security concerns, it consists not only of disputes over sovereignty and rights, but also transboundary problems such as protection of the marine environment, illegal, unreported and unregulated fishing (IUU), and piracy, to name just a few. A resolution to these problems requires cooperative actions to benefit long-term regional peace, stability and prosperity.

But multilateralism is more than just a collection of individual issues. It has to do with the nature of international relations – that is, the ever-lasting conundrum of self-interest versus a universal-oriented approach in an anarchic world. An ideal scenario is perhaps a sound balance between those two extremes. Vietnam aspires to that equilibrium, now more than ever. Compared to the Vietnam of 1995 when it became a member of ASEAN, Hanoi has taken a more proactive posture to multilateral engagements in the years since. This has included engagement at the highest levels, including twice sitting on the UN Security Council in the last 10 years.

Small and medium-sized countries prefer multilateralism when dealing with complex issues that involve more than two parties. Indeed, small and middle powers may be, under certain circumstances, more serious than their larger counterparts in achieving equitable and sustainable solutions to global and regional problems. The world should tap into this dynamism to reduce its current level of unpredictability and unpreparedness. Moreover, the on-going fight against Covid-19 shows that a country like Vietnam has much to contribute to the betterment of the common good.