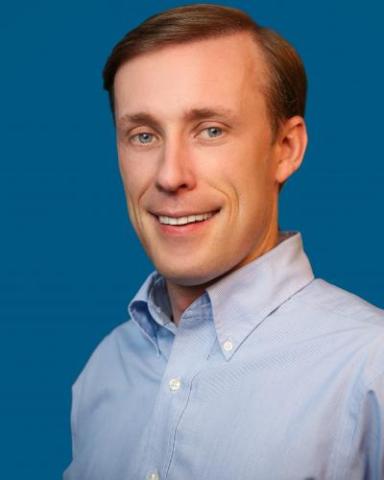 Jake was senior foreign policy adviser to Hillary Clinton's 2016 election campaign, having ‘quietly catapulted through the ranks of the Democratic foreign policy establishment’, as Vox magazine put it. Sullivan had earlier served as senior aide to President Obama, national security adviser to Vice President Joe Biden and Director of Policy Planning at the US Department of State, as well as deputy chief of staff to Secretary of State Hillary Clinton. In 2013 Sullivan launched and co-led the secret negotiations with Iran about its nuclear program, paving the way for the November 2013 nuclear agreement.