An agenda for aid and development in the 2022 federal election

Australia needs a debate about strategy, budget and capability to best use all aspects of national power – aid included. 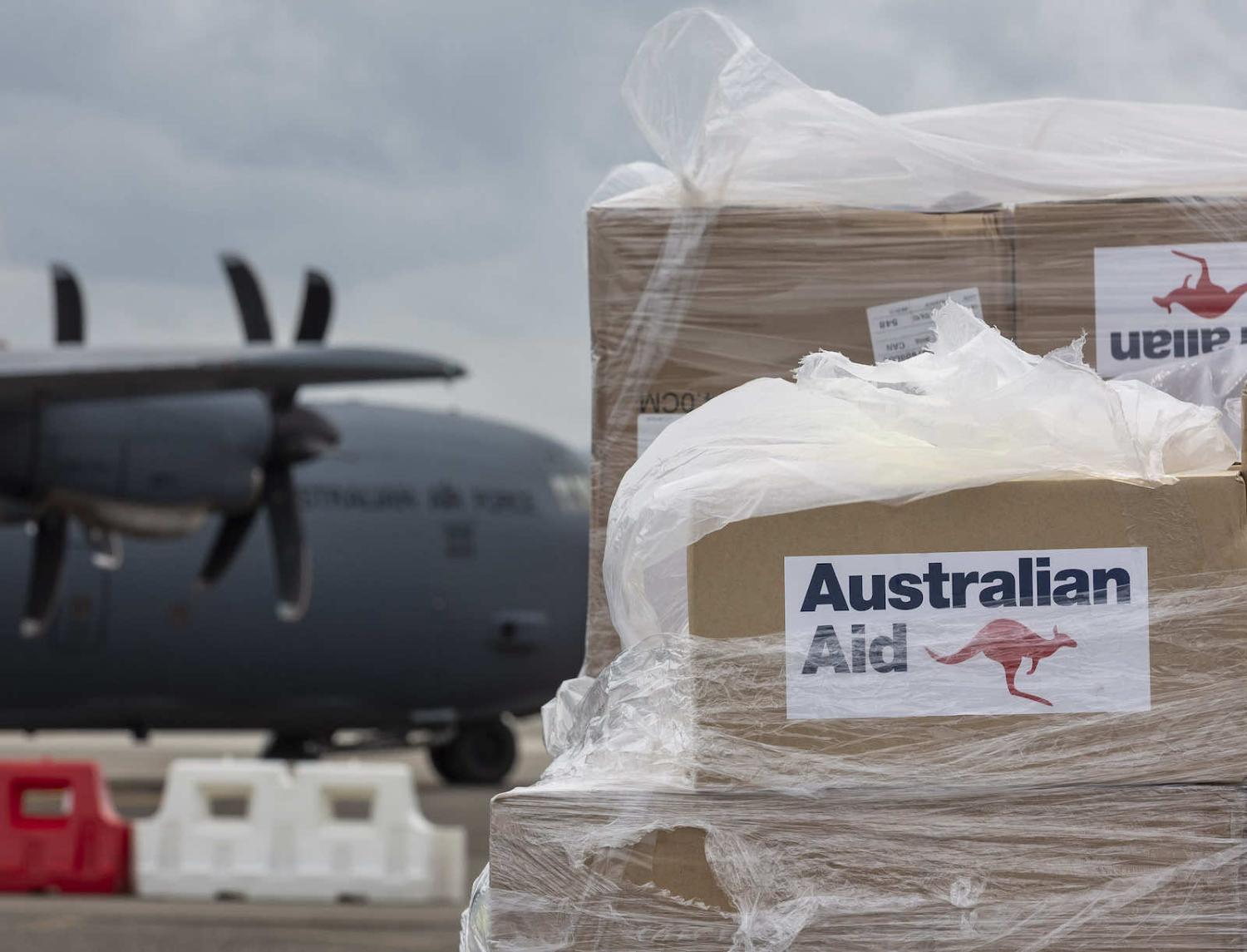 With the postwar global order facing its most profound set of challenges in almost 80 years, Prime Minister Scott Morrison has highlighted  the importance of “using all the elements of statecraft to shape the world we want to see”. Labor’s Foreign Affairs spokesperson, Penny Wong, appears to agree, saying “we need to deploy all aspects of state power – strategic, diplomatic, social, economic”.

Alongside defence and diplomacy, the upcoming federal election provides an opportunity to articulate the important role of aid and development in advancing Australia’s foreign policy goals. Recent polling shows that public support for foreign aid has increased significantly during the Covid-19 pandemic. But if the parties are to have a fulsome public debate on priorities for aid and development in the upcoming campaign, core issues of strategy, budget and capability need to be at the fore.

Just as defence and diplomatic responses to Australia's changed strategic circumstances will require decades-long investments, so too will its development engagement.

One of the first tasks of the next government will be to establish a process for long-term development policy that articulates Australia’s goals and priorities, how the program will work with its various partners, and accompanying performance measures. Just as defence and diplomatic responses to Australia’s changed strategic circumstances will require decades-long investments, so too will its development engagement.

It has been more than 10 years since there has been an independent review of the effectiveness of Australia’s development cooperation program, and more than four years since the publication the 2017 Foreign Policy White Paper. In December 2019, the Morrison Government committed to a new development policy and initiated an expert-led process to support this. Covid-19 put this on hold and an interim two-year strategy, “Partnerships for Recovery”, was announced in mid-2020 and is due to expire in mid-2022.

A future development policy should encompass all forms of finance – grants, loans, as well as blended finance – to ensure strategic coherence, reduce fragmentation and drive human development impact. The humanitarian funding commitment of $500 million – set out in the 2017 White Paper* – will need to be revisited in light of contemporary assessments of Australia’s “fair share” of global efforts to tackle increased fragility and conflict, climate-related disasters, displacement and food insecurity. A new development policy should also address the role of civil society as a key pillar of effective, inclusive institutions and centre gender equality, disability inclusion and inter-generational voice.

A new development policy will also need to address questions of future geographic focus and priorities, including the implications of the bipartisan “Indo-Pacific” frame. For example, under any reasonable definition South and West Asia are clearly part of the Indo-Pacific. But Australia’s bilateral development assistance to countries such as Bangladesh, Pakistan and Sri Lanka has been in free fall for a decade. It should also provide a vision for strengthened Australian engagement in Southeast Asia, along the lines recently set out by experts through the Asia Pacific Development, Diplomacy and Defence Dialogue.

The Pacific “Step Up” should also be refreshed in a manner that puts development aspirations and ambitions of Australia’s neighbours at the forefront. For example, Australia’s development cooperation program represents the most practical tool for addressing both the causes and consequences of climate change with its neighbours, including ensuring the integrity of regional carbon markets.

Second, the political parties should set out their respective plans for the development budget. Several of the government’s temporary and targeted measures to address the humanitarian, health and economic consequences of the pandemic will lapse in 2022 and 2023. This raises the prospect of decreased aid just as regional poverty is rising and as some of the worst health and economic impacts of “long Covid” in the Pacific and Southeast Asia become apparent.

While its national platform commits Labor to reaching a funding target of 0.5 per cent Official Development Assistance (ODA) as a proportion of Gross National Income (GNI), Labor has neither set a date for reaching this target, nor defined a process for getting there within the next decade. With ODA/GNI currently estimated at just 0.21 per cent, more than doubling the aid budget would presumably require a staged, stepped process linked to the objectives of a new long-term development policy.

Finally, an election debate needs to address how an incoming government would restore the Department of Foreign Affairs and Trade’s development and aid management capability. The abolition of DFAT’s Office of Development Effectiveness in 2020, the fragmentation of development strategy across multiple geographic and sectoral policy areas and the ongoing reduction in specialist development positions has reduced coherence and effectiveness and undermined clear accountabilities. This is despite the development program constituting the largest single component of DFAT’s expenditure. Transparency has also been patchy.

Development may not feature heavily in the 2022 election campaign. But the importance and urgency of an election debate that includes development has never been clearer. The issues of strategy, budget and capability raised will be critical to Australia’s ability to pursue its interests and work with its neighbours, partners and allies in a more uncertain and competitive world.

* This article was corrected on 23 March to reflect the fact that according to 2020–21 reporting, Australia has meet the $500 million humanitarian commitment set out in the 2017 Foreign Policy White Paper.

Whoever ends up Prime Minister after Saturday’s contest will occupy the apex of a different New Zealand political landscape.
Sam Roggeveen 4 Nov 2022 11:00

Given distances and demands on crew and aircraft, a US bomber fleet near Darwin amounts to only modest change.
Purnendra Jain 3 Jul 2020 16:04