Aiding the Pacific during Covid: An update

While the money is flowing, the outlook for the region has also darkened considerably. 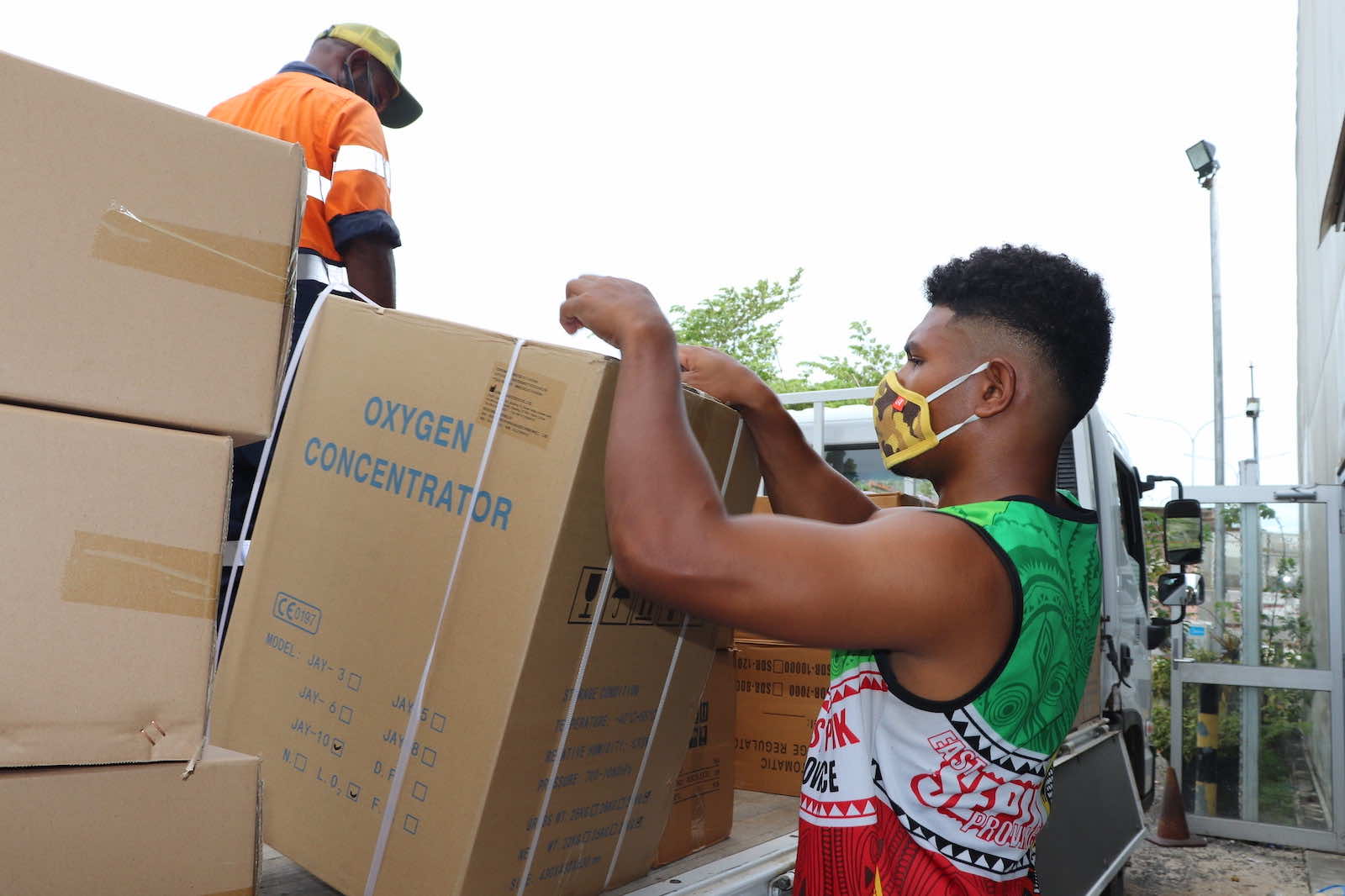 More than a year into the Covid-19 pandemic, how much outside financial support is the Pacific receiving and how far does this go in helping the region weather the crisis?

This time last year in The Interpreter we took stock of the provision of Covid-19 related external financial assistance to the Pacific. Back then, the pandemic was rapidly taking hold but the international community’s response was only just getting started. Announced support had reached US$570 million or 1.7% of the region’s GDP – far below what was needed given the scale of the pandemic shock to the Pacific’s small and vulnerable economies. Additional support was also available from the International Monetary Fund via its expanded rapid financing windows. But only Samoa and Solomon Islands had been able to access this at the time.

After avoiding the worst for many months, Covid-19 outbreaks are now underway in a number of Pacific countries. So where do things stand in terms of the provision of international financial assistance?

The multilateral development banks have scaled up their support significantly over the past year, with over $1 billion in Covid-19 related support. Bilateral donors have also responded with about $700 million, mostly in the form of cheap loans from Japan and Australia. The G20 Debt Service Suspension Initiative (DSSI) first announced in April last year has now been extended by a year to the end of 2021, allowing Pacific governments to in total defer $480 million (1.5% of regional GDP) otherwise due to bilateral creditors. Curiously, however, there has been limited uptake of the expanded IMF rapid financing windows despite their large potential scale. Only PNG and Tonga have also turned to the IMF since our last stocktake, with Tonga accessing half of its annual quota.

The big recent news is the expected allocation of $650 billion in new IMF Special Drawing Rights (SDRs). SDRs come with no conditionality and can be readily exchanged for hard currency. Calls for a new SDR allocation have been made since the start of the pandemic but were blocked by the Trump administration, a position the Biden administration has now reversed.

The new SDR allocation is expected to be completed by late August. The Pacific should be among the biggest beneficiaries relative to economic size, receiving around $700 million in new SDRs – equal to about 2% of regional GDP. The Pacific might also benefit substantially further depending on what happens with plans for richer countries to channel their own new SDRs to poorer and more vulnerable countries that need them more.

Overall, the scale of external financial assistance to the Pacific now looks very sizeable, as shown on the chart below. Including the expected allocation of new SDRs, and only including IMF rapid financing amounts that have actually been accessed, the total scale of external financial support to the Pacific now amounts to $3.3 billion or around 10 per cent of the region’s annual GDP. And, unlike at the time of our previous stocktake, the majority of this constitutes new money in response to the pandemic, rather than reprioritised or frontloaded financing that the Pacific was going to get anyway before Covid-19 struck.

There is, however, a lot of important variation across countries. The scale of support is very large in many of the smaller Pacific economies but relatively low in PNG, the largest country in the Pacific by a wide margin.

How far does all this go towards meeting the Pacific’s financing needs?

In December last year we published a Lowy Institute Policy Brief estimating that the Pacific required at least $3.5 billion in additional recovery financing over the next three years in order to avoid a lost decade due to the pandemic. Crucially, this additional financing needed to be above and beyond that which the Pacific had either already received or was otherwise expected to receive in our baseline scenario. Although total Covid-19 related external assistance has now reached $3.3 billion, most of this was already incorporated into our baseline at the time. That largely leaves only the expected $700 million allocation of new SDRs as true additional financing for the Pacific that should be counted towards our estimate of the required amount.

Nonetheless, the new SDR allocation will be significant – on its own taking the Pacific about a fifth of the way towards the $3.5 billion figure we estimated was needed over the next three years for the region’s recovery. There is also the potential that sizeable additional amounts might be made available if richer countries follow through on plans to channel their own new SDRs to poorer countries.

After having avoided the worst of the virus for so long, widespread vaccination is critical, but progress is mixed and most countries in the region are struggling.

How much the new SDRs do to lift the Pacific’s outlook will depend on whether and how effectively countries are able to capitalise on this to expand government spending on healthcare (including vaccine rollouts) and support to households, firms, and the economy in general – rather than mostly use the new SDRs to bolster central bank reserves (though in some cases this may be necessary).

Unfortunately, it is important to recognise that the outlook in the Pacific has also darkened considerably since we estimated the region’s recovery financing requirements late last year.

After having avoided the worst of the virus for so long, widespread vaccination is critical, but progress is mixed and most countries in the region are struggling. Vaccine supply and access now seem much more uncertain and difficult than what we assumed last year. And vaccine rollouts in Australia and New Zealand are also moving slower than expected – pushing back when the region’s vital tourism industry can hope to restart.

All of this bodes ill for the Pacific’s outlook and consequently how much external financial help it will need.

The bottom line? A lot of financial help is flowing to the Pacific and more is on its way. The scale up in international support to the region has so far been substantial. But there is no question vastly more is needed.

Main photo used with permission from United Nations in PNG via Flickr.