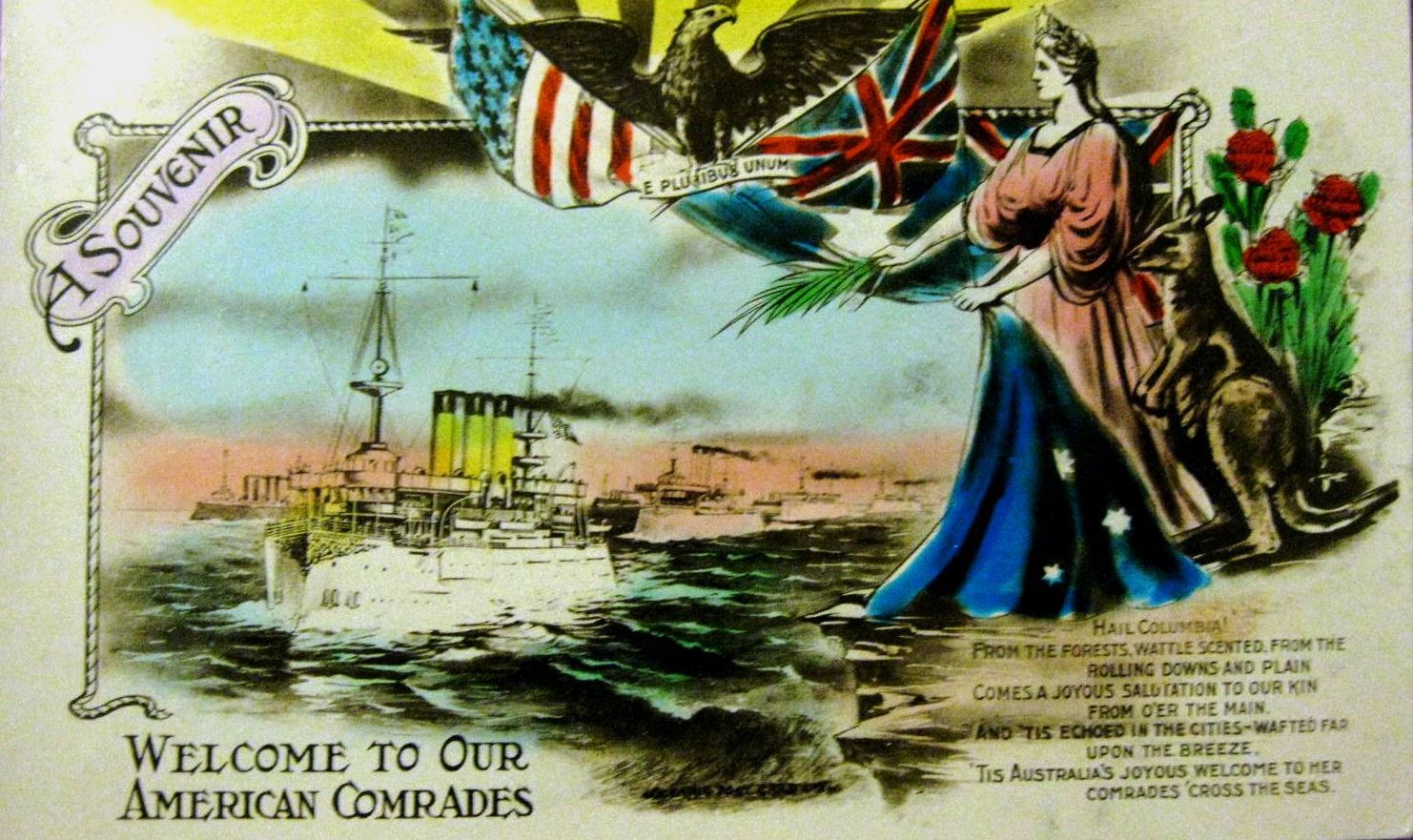 The fault line in Australia’s relations with Great Britain did not fracture until World War II when John Curtin confronted Churchill over the diversion of the 7th Division of the Australian Imperial Force*. But to Alfred Deakin, Australia’s second Prime Minister and a father of federation, the potential breach was apparent as early as the 1880s. It shaped his strategic thinking when he became prime minister, informed his determination to develop Australia’s naval capacity and to claim some ‘unofficial’ independence of action in dealing with foreign powers in Australia’s part of the world, and set Australia on a path towards its alliance with the US.

For the first eight years of the Australian Commonwealth, the prime minister took responsibility for external affairs, which at the time meant relations with London on matters of imperial foreign policy on which Australia might have an interest. This was Deakin’s suggestion. He was already aware of the tensions that could develop between imperial strategic interests as seen from the British Foreign Office and the view from a nation on the edge of the Pacific, and presumably thought a prime minister would have more authority in dealing with London.

The origins of his awareness lie in the early 1880s when Australian colonists were pushing Britain to annex the New Hebrides to forestall the French and the eastern half of New Guinea to forestall the Germans. Australia was nervous about foreign powers in its region, and opposed to France’s use of New Caledonia as a penal colony, from which convicts occasionally escaped to Australia.

In neither case was Britain interested in acquiring new territory in the Pacific. Given the Australians' record with the Aborigines, British Prime Minister William Gladstone was not prepared to give them any more natives to govern. Nor would he jeopardise delicate negotiations with France over possessions in North Africa for the sake of a few islands in the Pacific.

When in April 1883 a frustrated Queensland premier, Thomas McIlwraith, took possession of eastern New Guinea and its offshore islands in the name of Queen Victoria, Gladstone’s government disallowed it, to howls of Australian protest. After Germany formally annexed the top half of eastern New Guinea at the end of 1884, Britain did establish a protectorate in the south eastern part, but aggrieved Australian colonists believed that swifter, more resolute action by Britain would have forestalled the Germans.

Deakin was a young member of parliament during these crises, and he took from his mentor, the Victorian premier James Service, the dream of an Australian imperial presence in the Pacific. He had already visited Fiji and in 1885 he visited North America to investigate the irrigation schemes of California and Mexico. Sailing twice into the Pacific before he took the familiar north-western route to London, he could not help but realise how far it was from the centre of empire.

When he first visited London in 1887 to attend the Colonial Conference he famously confronted British Prime Minister Lord Salisbury over the New Hebrides, telling him that any surrender to France over the islands would immensely weaken the colonists’ confidence in the empire. Salisbury thought the Australians the most unreasonable of people, wanting ‘us’ to incur all the danger and cost of a war with France for a valueless group of islands in the Pacific.

Deakin was always a loyal imperialist, but the annexation crisis brought home to him the reality of the differing priorities of London and Australia and laid down a life-long distrust of the Colonial Office. Twice in his second prime ministership Deakin initiated diplomatic negotiations with a foreign power without going through London. The first occasion was with the Japanese consul-general over Japan’s objections to its nationals being subjected to the dictation test. Instead, the Japanese government would issue a visa which prevented permanent settlement. The Colonial Office reminded Deakin that it expected Australia to conduct any dealings with a foreign power through London. Deakin replied that, though he agreed in principle, he reserved the right to conduct preliminary and unofficial discussions.

He used the same argument when he ‘unofficially’ invited the US Navy to visit Australia on its world tour. Deakin was the first Australian leader to grasp the strategic significance of the Pacific and he was adamant that Australia needed its own navy. It would continue to rely on Britain for defence on the high seas, but it needed its own coastal defence and was prepared to pay for it. Negotiations with Britain bogged down over questions of command. Deakin insisted that if the Commonwealth paid for local naval vessels out of the taxes of a self-governing community, the Commonwealth should control them. Admiralty was not happy with the prospect of a divided command but a compromise was reached.

By the end of 1907, however, little was happening. So over the Christmas-New Year period, Deakin wrote to both the American consul in Sydney and the US ambassador in Britain about the possibility of the fleet visiting Australia. He waited for his ‘unofficial’ letters to arrive before sending a request to the Colonial Office to issue an invitation to the US on Australia’s behalf. By the time London heard of the plan, rumours were running in Australia about the visit and the Americans had indicated unofficial acceptance. The British had no choice but to support the visit, but high officials were furious. ‘A Prime Minister cannot write…to an American consul-general and treat it as unofficial’, wrote one.

The rise of Japan widened the fault line between Australian and imperial interests. Britain had an alliance with Japan designed to check the expansion of Germany and Russia. From Australia's perspective, however, Japan had become a major power in the Pacific, close enough to invade and potentially hostile, given its immigration policy. Britain had already moved battleships to the North Sea in response to the build-up of the German navy. Many believed it would not have the capacity to defend Australia should Japan invade.

Deakin hoped that the visit of the American fleet would encourage Britain to take Australia’s security needs more seriously. And he used the occasion to celebrate ‘the invisible ties’ between the two nations. Australia was not in a positon to make its own alliance across the Pacific, but it could strengthen its friendship with the US.

Today Deakin is most remembered for his key roles in achieving federation and establishing the foundational policies of White Australia and tariff protection for the new Commonwealth. His strategic thinking too deserves remembering. World War I turned Australia's eyes towards Europe and away from the Pacific, but when they returned in the 1930s it was to the same constellation of forces Deakin had seen, though grown immensely more dangerous.

* This sentence has been edited. A historical error was introduced during the editing process.