Halcyon days when the US built international institutions that would benefit all and foster globalisation – over? 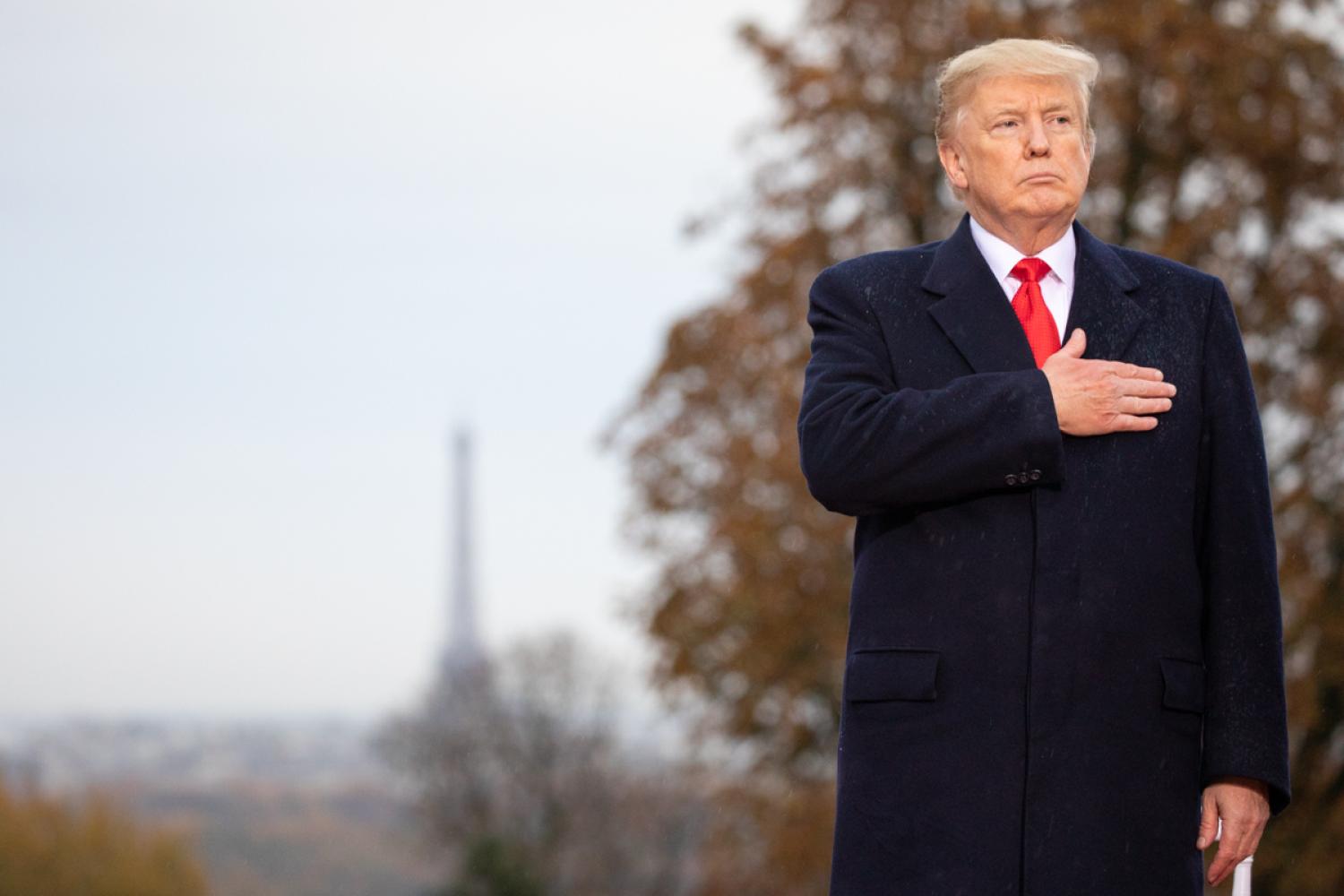 President Donald Trump’s stated objective is “America first”. What might this isolationist mantra mean for global economic governance, which is the economic component of the “rules-based order”?

Trump might have left the Paris climate-change accord and the Trans-Pacific Partnership, but there has been no blanket departure from the international institutions that are still useful in the pursuit of American interests. America retains membership of the UN, the World Bank, and the International Monetary Fund. Even within the World Trade Organisation, Trump’s disruptions are best interpreted as bullying efforts at reform rather than an attempt to pull down the temple.

That said, something has changed since the halcyon days when the US was constructively building international institutions that would benefit all and foster globalisation.

At Bretton Woods in 1944, America was prepared to give others a role in global institution-building, even if it retained a veto and a loud voice. Contrast this with the first great period of globalisation ­– the century before the First World War – when the colonial powers forced their presence on weaker nations for their own narrow economic advantage. Bretton Woods brought a different vision of globalisation, in which the preeminent economy asserted its position in a more refined manner.

Based on their own market-oriented beliefs, America established global guidelines that came to be called the Washington Consensus. Its core elements – free international trade, reliance on markets, fiscal rectitude – were conducive to international integration and enabled the outstanding period of global growth following the Second World War.

The success demonstrates how little global governance is needed to foster international trade and integration.

Of course, this rule-lite free-market orientation suited America: opening up new markets for trade and capital flows provided the incumbent industrial superpower with profitable opportunities. It also made good sense for the rest of the world, including the emerging economies (Taiwan, South Korea, Singapore and, in due course, China all did well).

The success demonstrates how little global governance is needed to foster international trade and integration. Global rules can be light-touch, with national rules often sufficing. Where global coordination is needed, it is often provided by ad hoc agreements covering the practical details: in aviation, shipping, telecommunications, financial stability, and taxation.

The WTO has laboured largely in vain since 1995 to improve the rules. Where progress was made, it was in smaller plurilateral or bilateral agreements that were, in principle, inferior to multilateral deals. Much production remains isolated from international competition – for example, the European Common Agricultural Policy. Perhaps no country (certainly not the US) has done away with protectionists policies.

There have been sporadic attempts at international policy coordination, with debatable success: the Plaza and Louvre accords in the mid-1980s addressed exchange-rate misalignments. It is hard to point to much governance rule-making coming out of ten years of G20 meetings. The continued presence of the G7 reflects the realities of power; it maintains its own interests and priorities.

There is little capacity to address the various global “tragedies of the commons” such as climate change and biosecurity or to provide global public goods in the form of effective international dispute-settlement, sovereign insolvency or equitable company tax. Sensitive sovereignty and vested interests get in the way of a more complete set of rules.

Despite these gaps in governance, the current structure is robust, with a great capacity to deliver widespread benefits. Even when the optimal rules are not observed by all – or any – of the participants. Globalisation has continued apace (some would say too fast) even in this rules-lite environment.

In part, this reflects other factors driving world integration. Technology boosted growth in general, and boosted globalisation in particular – the fall in transport costs (containerisation) and communications produced an almost “flat world”.

In short, Trump arrives on a world stage of highly-integrated economies operating an imperfect but “good enough” system of rules and understandings, loosely held together by talk-shops such as G20 and deeper networks of ad hoc technical agreements.

If Trump’s presence prevents these meetings from issuing a joint communique, not much is lost.

Trump’s rhetoric is a departure from the Bretton Woods ideals and his America First could do some damage at the margin. It is one thing to take America out of the TPP; it is another to use America’s heft to curtail other countries’ trade deals with third countries. If he collapses the WTO, by design or accident, a constraint on protectionism will be removed. With global financial fragility still an issue, the US Federal Reserve may not be able to repeat its crisis-averting injection of US $500 billion into a collapsing global banking system in 2008. But none of these adverse prospects seems likely to derail the powerful self-generating momentum of integration.

As usual, history provides a note of caution.

Charles Kindleberger, a masterly chronicler of business cycles and recessions, attributes the trade contraction of the between-wars period to America’s unwillingness to assume its leadership responsibilities during the Great Depression. Britain was too weakened by war, while America was too new in its role as the global superpower. The world economy was left without mechanisms to constrain competitive protectionism.

Previous Article
Afghanistan: the Hazaras are not safe
Next Article
Myanmar’s skewed democracy was predictable

While the re-election of an incumbent may prove strangely turbulent, a new president could bring different burdens.
Jonathan Pryke 20 Nov 2017 14:19

Jonathan Pryke, Director of the Lowy Institute's Pacific Islands Program, with links on updates across the field.
Matthew Sussex 19 Apr 2021 12:00