NAFTA to USMCA – what’s in a name?

In terms of the three members, Washington has come out on top – but this does not make it a “good” deal for the US. 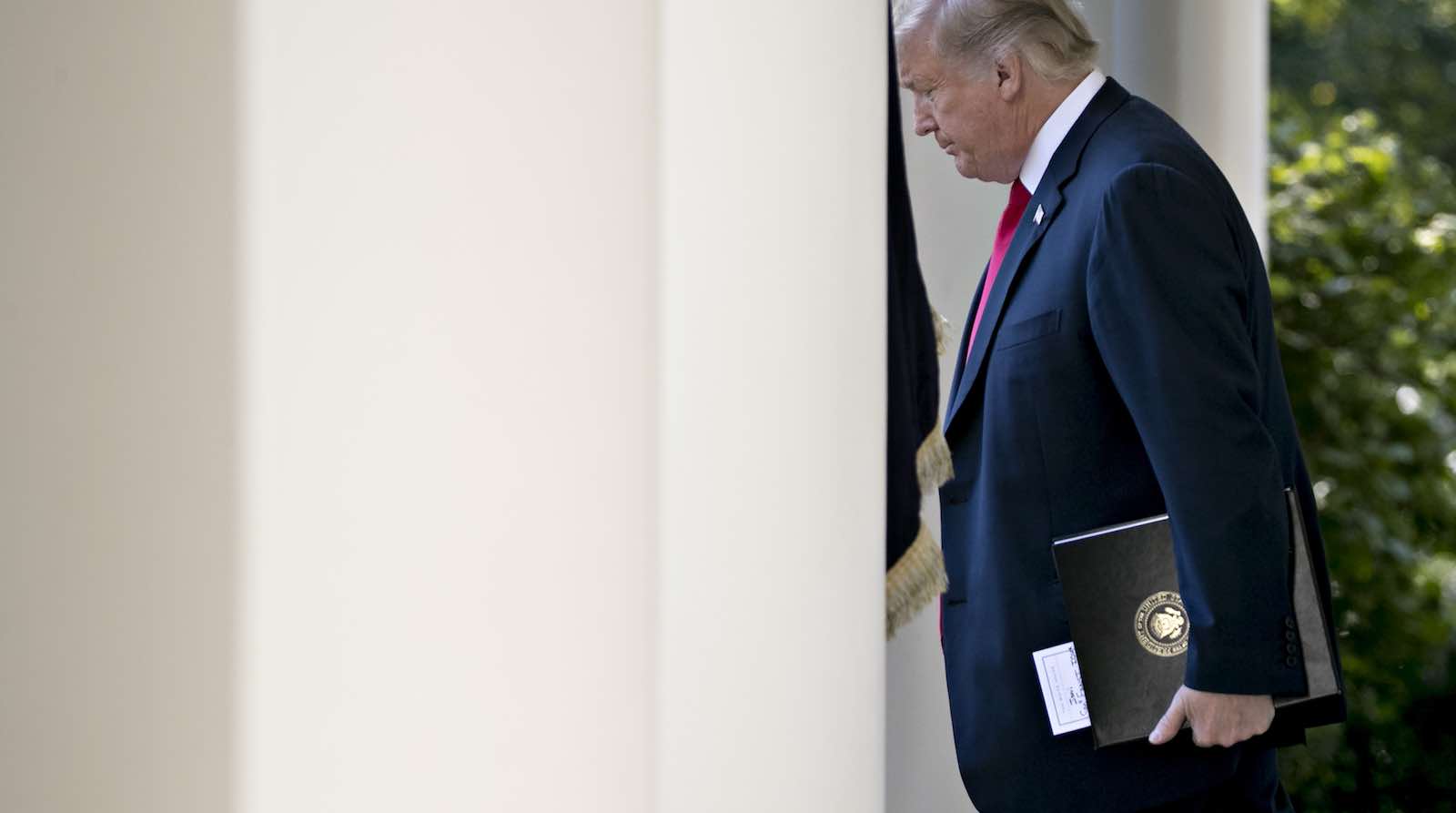 US President Donald Trump prepares to speak on the US-Mexico-Canada Agreement, or USMCA, on Monday (Photo: Andrew Harrer via Getty)
Published 3 Oct 2018 13:00   0 Comments

What’s in a name? According to US President Donald Trump, it is the difference between the “worst trade deal ever made” – as he called the North American Free Trade Agreement (NAFTA) – and a “wonderful new trade deal” – his reference to the United States-Mexico-Canada Agreement (USMCA) – which has been agreed to replace NAFTA. After a lengthy period of Trump lambasting NAFTA, threatening to walk away, and intimidating Canada and Mexico with the threat of higher tariffs if they did not agree to US demands, the three countries came to a “last minute” (the deadline imposed by the US) agreement on 30 September to replace NAFTA with USMCA.

If a member of the USMCA negotiates a trade deal with a non-market country – read China – it can be kicked out of the USMCA.

Irrespective of the merits of the new agreement, when it comes to names, the acronym USMCA does not flow off the tongue as easily as NAFTA (it is even worse for French-speaking Canadians who would refer to it as AEUMC). But Trump does like renaming things and the main attribute of the new trade deal as far as Trump is concerned is that it is not called NAFTA.

Was the renegotiation of NAFTA worth the effort? Following the announcement of the USMCA, CNBC reported “New Trump trade deal leaves NAFTA largely intact”. It was noted that there were some technical changes to such things as rules about manufactured cars and trucks, opening up the Canadian dairy industry, the length of copyrights and rules governing disputes, but overall North American “free trade” will continue, more or less, as it has done for many years. The Washington Post observed: “The only truly radical difference is that Trump’s negative angry language [against NAFTA] has been replaced by happy, enthusiastic language [in support of USMCA]”.

But these assessments underplay the significance of the new USMCA and what it conveys in terms of the US approach to trade deals.

As is common with such deals, the focus turns to identifying winners and losers, in other words, which country made the biggest concessions. It stems from the entrenched mercantilist view that exports are good and imports are bad, and a country’s measure of a successful trade deal is the extent of the concessions it has extracted from other partners. In assessing winners and losers, no account is normally given to the trade distorting impacts that may flow from such agreements and the impact they may have on consumers.

In terms of the three members of the USMCA, however, the US has come out on top, but this does not make it a “good” trade agreement for the US. The main gain for Canada and Mexico is relief that NAFTA was not abandoned altogether, and that trade in North America will largely continue as it has done. However, while Canada and Mexico have avoided the US threat of large tariffs on automobiles (they will receive a tariff free quota), the USMCA does not remove the threat to Canada and Mexico of US tariffs on steel and aluminium on national security grounds.

Canada does have to open its long-protected dairy market to US competition. While Canadian dairy farmers are complaining, it is a good outcome for Canadian consumers and the Canadian economy. As to other changes under the USMCA, cars will qualify for tariff-free treatment only if 75% is produced in North America, up from 62.5% in NAFTA.

In addition, 30% of the content must be produced by workers earning at least US $16 per hour, and this will rise to 40% in 2023. This is more than three times what the average Mexican automotive worker earns. While the auto workers in the US may welcome these changes, it will raise the cost of cars produced in North America, which will be felt by consumers and provide an incentive for American and Canadian car manufacturers to relocate elsewhere.

Other “gains” to the US include lengthening patents for US pharmaceuticals and strengthened intellectual property rights. Canada sought, but failed, to remove “Buy American” and open up subnational procurement in the US. Canada’s CBS News summed up the impact of USMCA as: “higher drug prices, longer copyright terms and no reprieve from ‘Buy American’”.

The new deal also contains a provision deterring members from manipulating their currencies. This US inspired provision is not aimed at Canada or Mexico, who have floating exchange rates, but is clearly a signal directed at China.

A particularly significant feature of the USMCA is that it does not just cover trade among the three members of the agreement, but impacts on their ability to enter into trade deals with other countries. If a member of the USMCA negotiates a trade deal with a non-market country – read China – it can be kicked out of the USMCA. Blayne Haaggart from Canada’s Brock University concluded:

It’s hard to read this as anything but a way to further lock Canada and Mexico into the US orbit, restricting their ability to counterbalance overwhelming American influence.

The USMCA may be Trump’s biggest trade deal to date and it may have removed uncertainty over the future of NAFTA, but it is hardly a positive for the global economy. It has demonstrated the US “take no prisoners” approach to trade negotiations, even when dealing with its allies.

Moreover, it demonstrates yet again Trump’s obsession with China.