Over the past few months, US President Donald Trump has seemed infatuated with outer space. He and Vice President Mike Pence have made grandiose announcements about US space policy, foremost among them, the controversial plan to set up an “American Space Force” as a sixth branch of the US military. Trump even invited his supporters to vote on a possible logo for the proposed space force.

At first sight, it appears that the Trump administration has been consistently and vigorously engaged in the area of outer space. But a closer look reveals a sense of lack of detail and cohesion.

The right of all nations to freely explore and use outer space and the peaceful, conflict-free, nature of outer space might be endangered.

Like its terrestrial foreign policy, the actions of the Trump administration in space are framed by an “America First” approach. The administration aspires to promote US interests in space largely through unilateral actions and the interruption of existing cooperative scientific work considered not sufficiently beneficial to the US.

First is the signing of three Presidential Directives. The most notable of these is Space Policy Directive 1, which calls for a manned return to the Moon.

Second is the release of a number of official statements, including the announcement of plans to develop the space force.

Third is increased support to legislative initiatives in the US Congress that are aimed at promoting the interests of US private entities engaged in innovative space activities, such as space mining.

Much of what has been heralded as new policy of the Trump administration is a continuation of initiatives begun by the Obama administration or a repackaging of existing proposals. A key example is the legal protection of US private interests over space resources, which was already enshrined in the Commercial Space Launch Competitiveness Act adopted in 2015.

Even the “space force” is not entirely original. Congressman Mike Rogers, chairman of the House Armed Services strategic forces subcommittee, put forward a proposal for a “space corps” under the Department of the Air Force in early 2017, which was largely ignored by the Trump administration.

The feasibility of what has been announced remains doubtful. The administration has set lofty goals: to return to the Moon and to possibly build a space station in lunar orbit. Momentum on this proposal depends on Congress – only an act of Congress can create a new branch of the military. But the administration’s space force proposal faces opposition, from members of both parties, the Pentagon and Air Force leaders.

Space policy objectives require substantial funding and a pre-determined timeframe. Regrettably, none of these elements are present.

Indeed, the 2019 budget request for NASA is largely similar to those of previous years. And no specific timeframe has been set to implement these plans.

Similarly, the proposal for a “space force” has remained extremely vague, to the point that no one clearly knows how such a force will be structured, managed and financed.

There are inherent contradictions among some of the policies sponsored by the administration. Currently there are two parallel bills, the 2017 American Space Commerce Free Enterprise Act and the 2018 American Space Frontier Act, under consideration in the House of Representatives and in the Senate respectively. These two bills offer opposing solutions on how innovative private space activities should be licensed. It remains to be seen which one of the two approaches the administration will eventually endorse.

Despite the lack of cohesion of the Trump administration in the field of space, US actions in space will have significant implications for other players in space and for scientific cooperation.

The 1967 Outer Space Treaty, to which the US is party, establishes the principles that outer space shall be explored and used for peaceful purposes only and that nuclear weapons and weapons of mass destruction cannot be placed in Earth’s orbit or on a celestial body’s surface.

The key fear is that, depending on how the Trump administration fills in the details of its space policy, and what it does next, the right of all nations to freely explore and use outer space and the peaceful, conflict-free, nature of outer space might be endangered.

The US could strike a balance between protecting its national interests in outer space and maintaining the strategic balance existing in the space environment. However, the unpredictability of the Trump administration and its willingness to undermine and withdraw from international frameworks bodes ill. 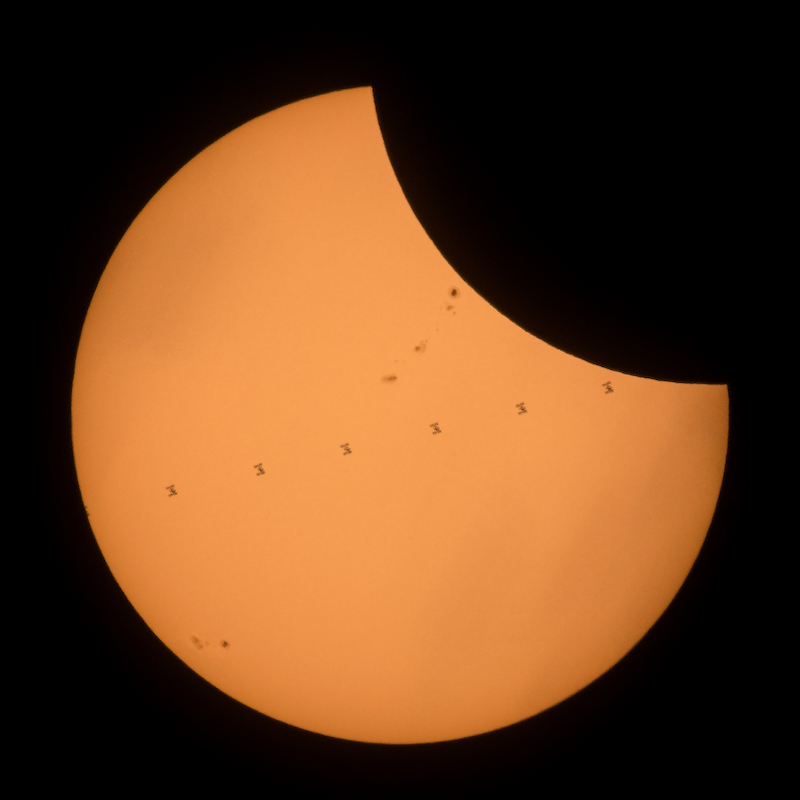