Covid-19, the George Floyd killing and three years of Donald Trump have left people exhausted. But an election is near. 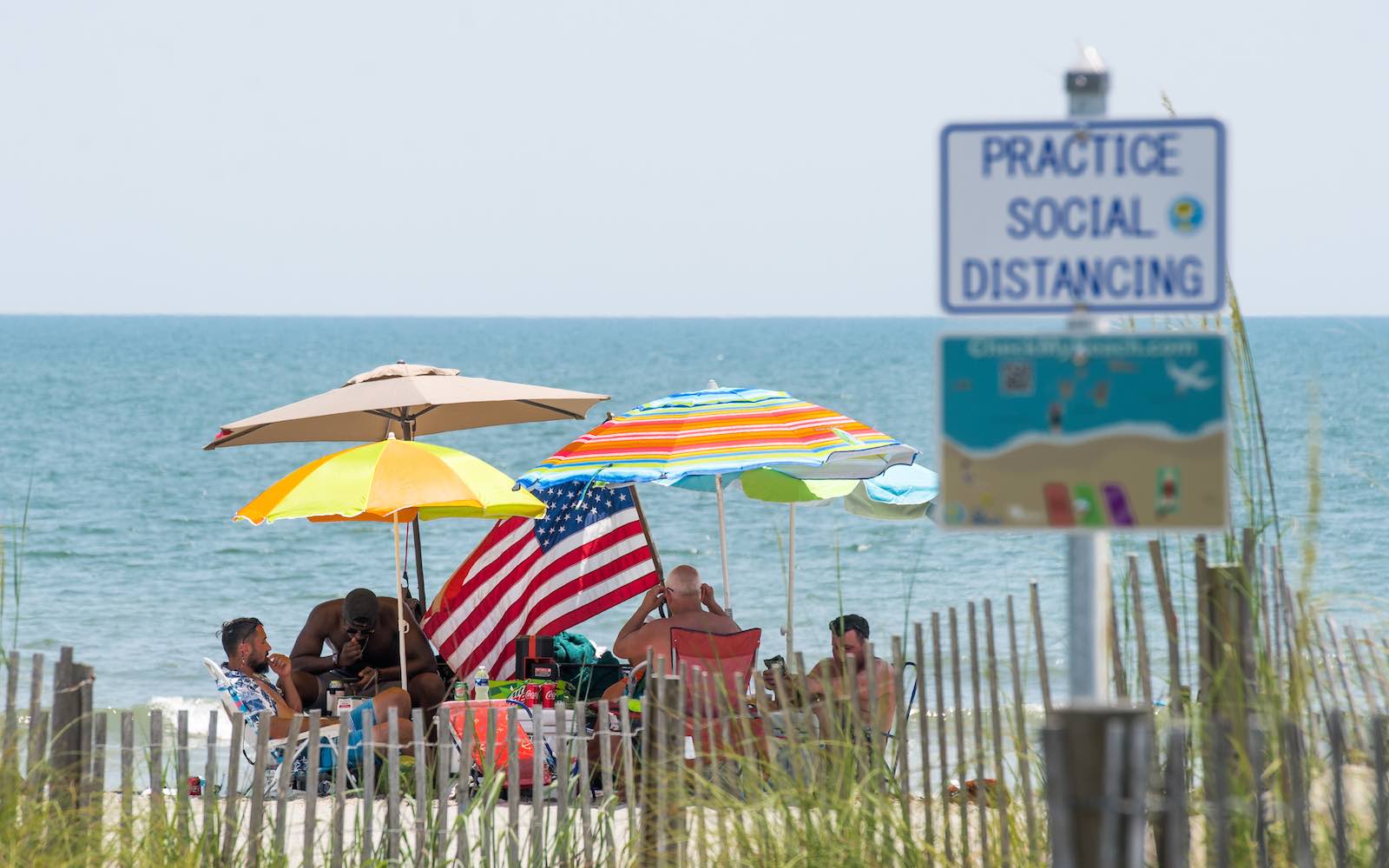 Most Americans approached this year’s Independence Day holiday with a sense that things had gone terribly wrong. There was sadness and anxiety over the uptick in coronavirus infections in the south and west, along with the deepening economic recession, and ongoing protests against police violence. The trauma of the past few months followed three-plus years of President Donald Trump in the White House, an exhausting experience for people across the political spectrum.

But it is also summer in the US, and there are sunshine-infused moments when optimism invariably creeps in. In Washington, DC, most families have managed to escape for holidays to nearby beaches on the East Coast. The days are long, the ocean is just the right temperature, and this July there’s not only sweet corn and peaches, but also the very real possibility that Trump’s version of America is about to be rejected.

In campaign appearances, Trump either downplays the toll of the pandemic or boasts about his administration’s response.

The Delaware beaches are not far from Joe Biden’s home in Wilmington, where the former Vice President has managed to build a commanding lead in opinion polls while rarely leaving his basement. Biden is leading Trump by 14% nationally, and carries an average lead of 9% across the battleground states that typically decide the election.

This is now the Covid-19–George Floyd election, and Trump is fundamentally disconnected from most Americans’ priorities. By large margins, Americans believe the federal government should prioritise containing the virus over guarding the economy, and that the president should focus on addressing the causes of the protests.

In campaign appearances, Trump either downplays the toll of the pandemic or boasts about his administration’s response. He describes the racial justice protesters as “angry leftist mobs” seeking to rewrite American history, and casts himself as the protector of white America’s values and culture.

The size of Biden’s current lead suggests the potential for Democrats to expand their majority in the House, win back the Senate and pick up other wins in state and local races (if the Democrats do not win the Senate, it will be difficult for a Biden administration to move any legislation forward). Democratic operatives are urging the Biden campaign to adopt a bolder strategy, and invest in states that generally go Republican – Texas, Georgia and Florida.

But the promise of this summer extends beyond Democratic electoral gains. Three key developments bode well for American democracy.

First, on racial justice issues, Americans are not simply rejecting Trump but are also demonstrating a capacity to learn and grow on fundamental issues. This capacity is evident in the dramatic shift in public opinion related to the Black Lives Matter (BLM) movement, and in the multiracial and multigenerational nature of the current protests. There have been BLM protests in all 50 states, including in small towns with very few people of colour.

A decent-size cohort of establishment Republicans have come out fighting to reclaim their party from Trump, and reinstate a sense of national purpose.

The shift in attitudes has been powerful enough to make black Americans more optimistic about the future. Reflecting on the difference between the summer of 2020 and the spring of 1968, when the assassination of Martin Luther King sparked riots in more than 100 American cities, the writer and activist Ta-Nehisi Coates explained, “In 1968, we were alone in our black ghettos… This is the first time that I think a lot of us have felt that the battle is legitimately joined.”

Second, this summer a decent-size cohort of establishment Republicans have come out fighting to reclaim their party from Trump, and reinstate a sense of national purpose. The “Never Trump” movement began in Republican circles during the 2016 election and has appeared largely ineffective over the course of the Trump presidency. However, groups such as the Lincoln Project and Republicans Voters Against Trump have expanded their operations, funding and tactics in ways that suggest they’re going to be a serious force.

A new group named after the 43rd president, George W. Bush – 43 Alumni for Biden – recently announced plans not only to oppose Trump but to actively support Biden, choosing country over party. Most rank-and-file Republicans are likely to stick with Trump, but organisers point out that they only need to win a few votes on the margins in battleground states to be effective.

Finally, Biden appears to be raising his ambitions to the meet the political moment. When Biden first announced his candidacy, he spoke about Trump as an aberration, rather than a product of forces long at work in American political life. Biden seemed intent on returning the country to the standards of the Obama era. Pre-pandemic and before the murder of George Floyd, Democrats decided Biden was the right candidate to beat Trump and expected he would play a transitional role.

Biden’s recent speeches reflect the enormity of current crises and a willingness to reckon with history. He has started to invoke President Franklin Roosevelt and speak of a transformational presidency. On the Fourth of July, Biden gave a passionate and explicit speech about systemic racism in America, and his empathetic nature appeared perfectly suited to the moment.

These three developments are not unrelated. Over the past four years, Trump has presented a version of American individualism that denies any responsibility people have to one another. This summer, it’s possible for Americans to not only imagine the end of the Trump presidency, but to also imagine a better version of themselves as citizens.