Americans not so in love with America First

In a choice between US isolationism and exceptionalism, it’s the latter that Americans hold dear. 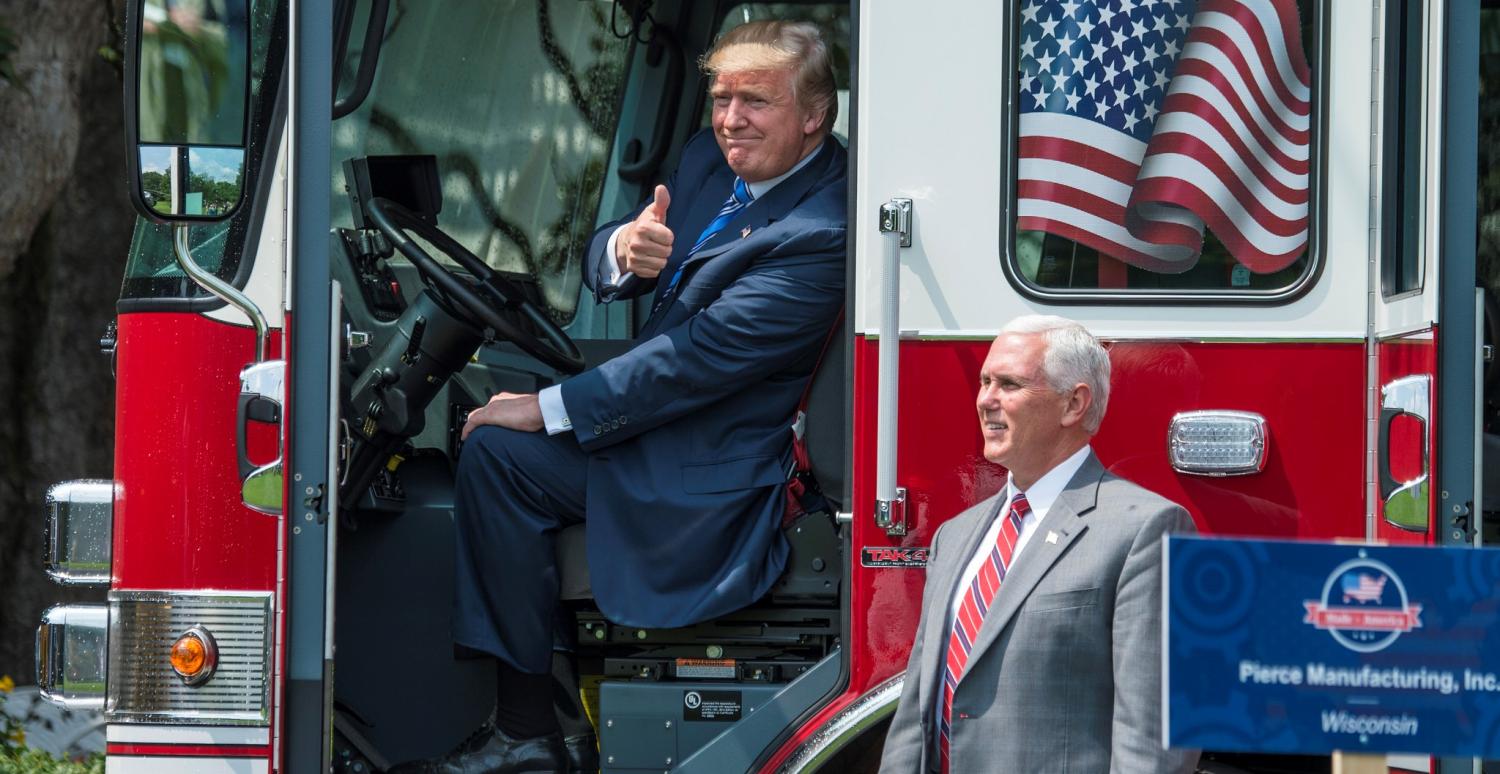 Last week, the Chicago Council on Global Affairs released the results of a recent national survey on what Americans think about 'America First'. More bumper sticker than policy framework, America First has been President Donald Trump's signal for more self-interested US positions on trade, foreign affairs and international agreements.

At a time when allies such as Australia are acutely concerned by the prospect of US isolationism, the survey results offer some cause for optimism. Conducted six months into the Trump presidency, the survey showed that the US public continues to broadly support the US-led alliance system, international trade, immigration and the use of US troops abroad. The results suggest Secretary of State Rex Tillerson's claim that 'America First is not America Alone' is not just a reassuring line for nervous allies, but in fact reflects the views of voters across the political spectrum.

Here are a few highlights from the survey that was conducted across June-July and polled 2020 adults:

These sentiments appear to refute the idea that Americans want to disengage from the world or that they feel national interests are incompatible with global interests. Instead, it points to a nation holding steadfast to traditional views about the value of alliances and, in some cases, more willing to defend its allies than ever before.

The Chicago Council concludes that Americans overall are more interested in making the existing relationships work than filing for divorce. Appealing to Trump's base, however, will require allies to demonstrate extra efforts on burden-sharing. Complaints about allies freeriding on US security guarantees is not new, but Trump has reiterated them during and since his election campaign. NATO in particular has been in the firing line, with Trump, Tillerson and Defense Secretary Jim Mattis all issuing blunt messages to NATO that the US expects members to spend 2% of GDP on defence. One wonders whether the current administration is tapping into the public's frustration over NATO recalcitrance, or whether its own rhetoric is driving that frustration.

The survey did not explicitly ask about views on Australia. However, the wave of support following the infamous first phone call between Donald Trump and Prime Minister Malcolm Turnbull suggests Australia remains popular among allies. Australia also has a good story to tell on its burden-sharing contributions, from military spending and hosting US Marines in Darwin to joint exercises and interoperability. It's a good time to tell the story better.

Finally, the Chicago Council survey reconfirms the US public's remarkable faith in US leadership. The vast majority are confident that the US is the most influential country in the world and will deal responsibly with world problems. Perhaps it's this statistic – so clear and enduring – that is often overlooked by those who speculate that America First means an American retreat. Despite Trump's catchcry of making America great again, most Americans feel their nation is already great and are staunchly proud of its global influence. In a choice between isolationism and exceptionalism, it's the latter that Americans hold dear.

Previous Article
Syria: Five stages of grief (part 2)
Next Article
Aid and its limits in Palestine

A former High Commissioner to PNG reflects on the “high highs and low lows” of serving in a unique diplomatic role.
Angus Houston 22 Feb 2017 17:53

Could this be the beginning of the end for the US sending humans into space?