Indonesian language programs in Australian universities – a gateway to cultural connection – are disappearing.

I can’t help but think back to all the doors that have opened for me because I chose to study Indonesian language at university – including being competitively selected as a participant in the Australia Indonesia Youth Exchange Program (known as AIYEP).

AIYEP is now in its 38th year, with the Australian and Indonesian governments funding 15 Australians and 15 Indonesians to travel together in both countries.

There is something special about studying a foreign language with a cohort of others struggling to master a new vocabulary, strange grammar and difficult pronunciation.

When I participated, we spent one month in a village in South Kalimantan and then one month in the city. We had homestay arrangements with local families. We had work-experience placements.

All of these experiences were facilitated by the fact that I spoke Indonesian. Of the Australians on that trip, only two did not speak Indonesian. I recall that their one big regret was that they didn’t speak any Indonesian. Very often we found ourselves in situations where knowing some Indonesian was essential to get by.

The most memorable part of the trip was the cultural performances, such as this one, with our performance prowess on full display at the 25th anniversary celebration of AIYEP in Jakarta.

We performed the Tari Saman, a traditional dance, countless times at schools and community events and government functions. On this occasion, we were in two rows, I was in the front row (second to the left), along with all the Australian girls and Indonesian guys. The Australian guys and Indonesian girls lined up in the back row.

The dance was timed to the sound of the voice of one of the Indonesian participants who had a truly marvellous voice. The charm of the dance is a set of repetitive arm and hand movements performed while kneeling. I recall it took us Australians a long time to memorise the lyrics to songs, but we did it. Our Indonesian counterparts were so proud of us.

All of us improved in our Indonesian language skills as a result of that trip. We also developed lifelong friendships and ties to Indonesia.

It has been incredible to see the doors of opportunity that have opened for my fellow Australian participants in their careers since that exchange trip as a student. Some are using their Indonesian language skills in the Australian civil service, some in diplomacy, some are English language teachers in Indonesia, while others are researchers and academics. 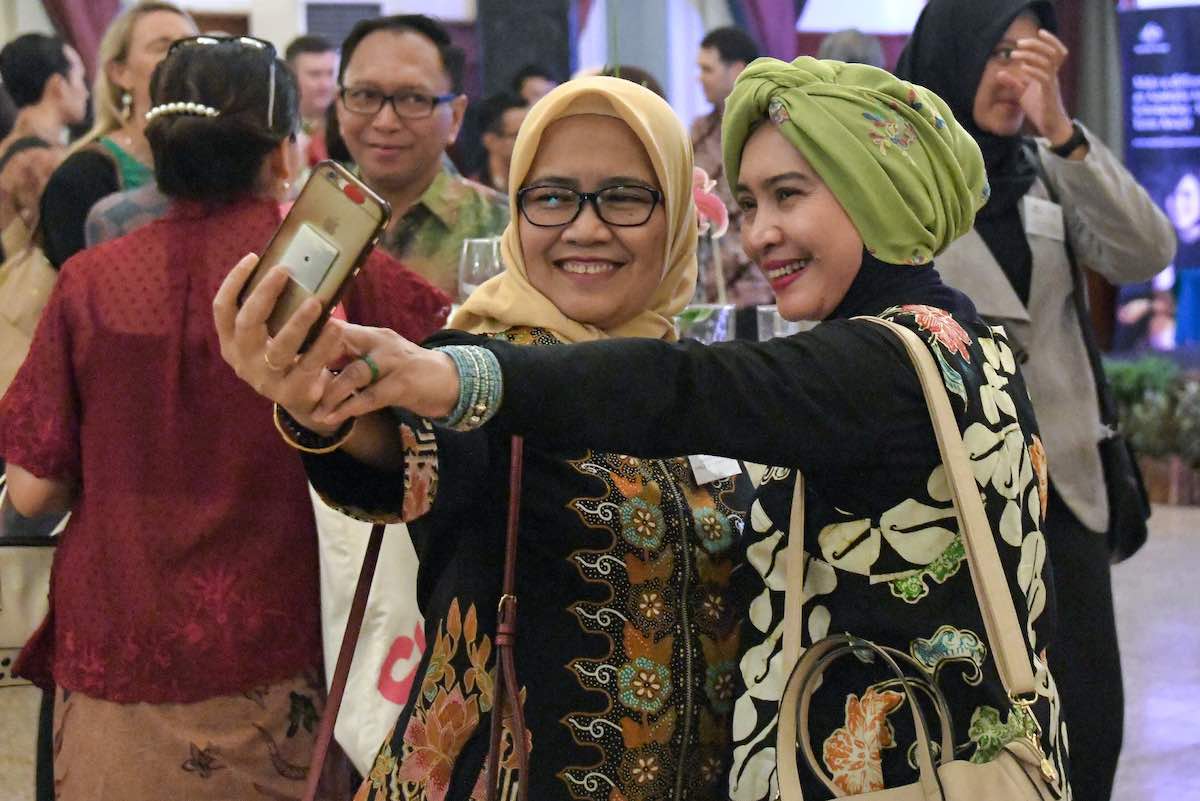 At the time of that trip, I had completed four years of Indonesian language study at high school followed by three years of Indonesian language study at university. Without the opportunity to advance my language skills at an Australian university, I would not have gained as much from the program as I did. I was able to converse with the people in the village we stayed at and talk with my homestay parents, speak in public to students at schools, and at community and government events. I was able to speak to court officials in my work placement at the Religious Courts in Banjarmasin.

My Indonesian language skills enabled me to learn so much about Indonesian culture, and in doing so gain perspective on Australia and its multicultural community.

If I had not known Indonesian, it would have been a wild guess as to what was going on in some situations where we found ourselves without translators and without our Indonesian counterparts. All those years of studying Indonesian paid off during such experiences.

There is something special about studying a foreign language with a cohort of others struggling to master a new vocabulary, strange grammar and difficult pronunciation. There is also an enormous sense of personal achievement.

I now wonder whether there will even be a new generation of Australians engaged with Indonesia who can speak Indonesian.

In the 1990s, there were 22 programs across Australia. At Australian universities today, there are just 14 Indonesian language programs left. In 2021, that number may fall even further if some of the proposed program cuts go ahead.

The future of Australia-Indonesia engagement depends upon the willingness and ability of the next generation of Australians to speak Indonesian. And then to use their language skills in the areas of business and trade, arts and culture, education, diplomacy and research.

The strength of our connection to Indonesia lies with youth engagement. If Australian universities close shop on Indonesian language programs, they are literally closing the door of opportunity for the next generation of Australians.

Melissa Crouch is Associate Professor at UNSW Law and incoming Vice-President of the Asian Studies Association of Australia.

Show Comments
Previous Article
A dilemma for Pakistan as UAE cuts off work visas
Next Article
Favourites of 2020: Capturing a precarious moment