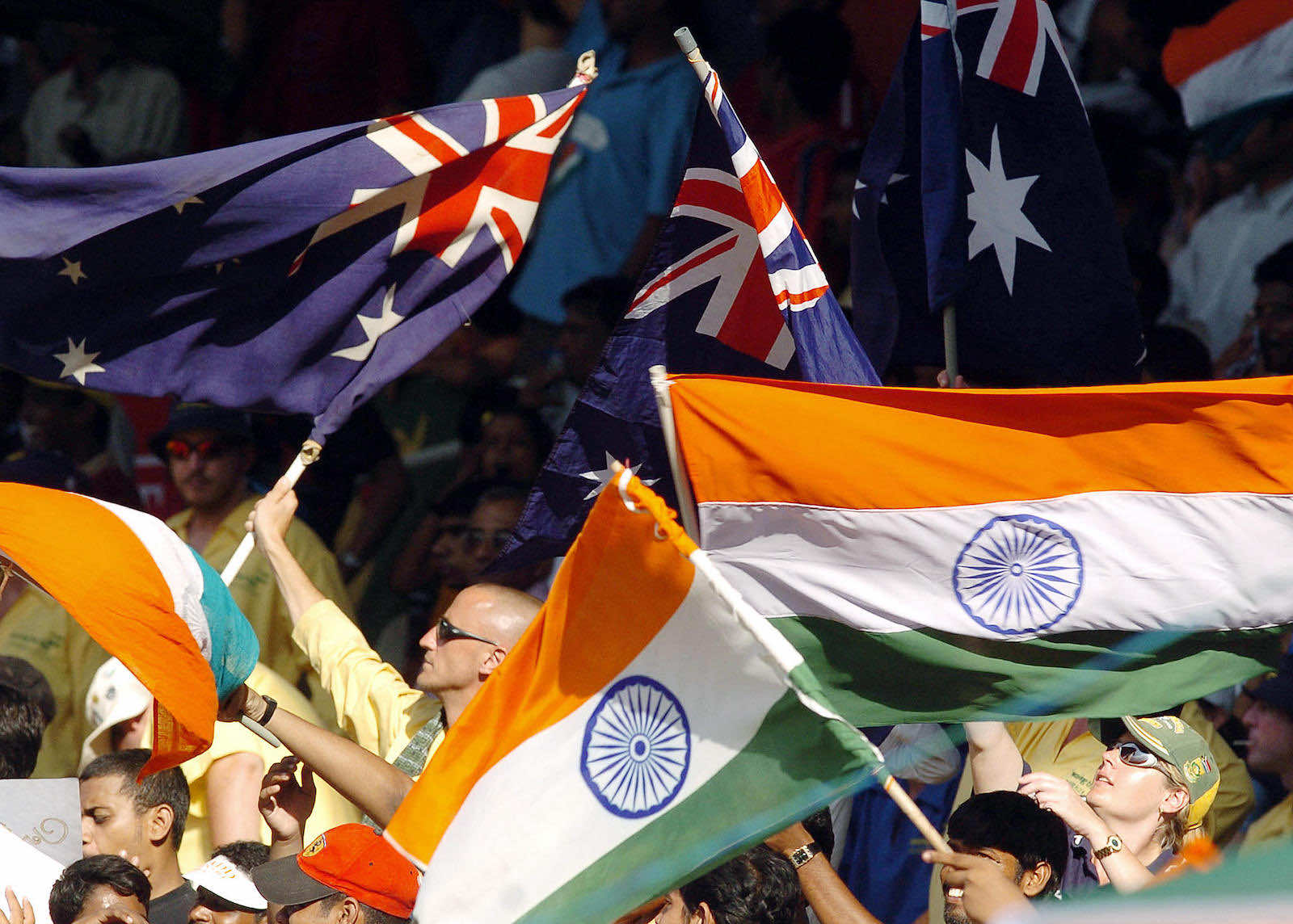 Abbott should have reason to be encouraged by his interactions and his meetings with a cross section of decision-makers in India, including Prime Minister Narendra Modi, and Commerce and Industry and Textiles Minister Piyush Goyal. In a drastically changed geopolitical scenario, developments in the Indo-Pacific, the Quadrilateral Security Dialogue (the Quad) and the Resilient Supply Chains initiative announced by the trade ministers of Australia, India and Japan in the face of an aggressive and ascendant China have brought Australia and India closer together as Comprehensive Strategic Partners. Enhanced economic cooperation will bind them further together.

The India Economic Strategy to 2035, launched by Australia in November 2018 and a reciprocal Australia Economic Strategy Report released in 2020 have both laid down the roadmap for the future. There is today a strong sense in India that Australia is one of the most suitable partners to help India transform itself into a model for strong and inclusive economic growth – which requires innovation and high technology, research and development, qualitatively competitive manufacturing, essential commodities and minerals for its ambitious e-mobility and alternate energy program, and minimisation of logistics costs.

Delighted to meet @HonTonyAbbott, Special Envoy of PM @ScottMorrisonMP. Had a good conversation on ways to further strengthen our Comprehensive Strategic Partnership. Also discussed the steps needed to energize our trade and economic relationship and boost people-to-people ties. pic.twitter.com/Ynrr1fqQP0

Despite facing the traditional hurdles typical of a large and raucous democracy, the current government in India is well aware of the value of speedy, systematic and broad-spectrum reforms that could help India navigate its place in the global economic space. Reforms have been attempted in the mining, health care and pharmaceuticals, IT, infrastructure, defence, space, agriculture, medium and small enterprises, financial and banking sectors. India has launched production-linked incentive schemes in 13 sectors, which aim to achieve a minimum production worth more than $500 billion in five years. In a landmark legislation last week, India abolished retrospective taxation, bringing about predictability and stability in the investment environment.

India is now focused on labour and land reforms, and boosting healthcare. It is trying to modernise its food processing and grains storage technologies, as well as dairy sector and trying to provide clean drinking water, electricity and digital connectivity to its villages.

In many of these areas, Australian companies are potential partners. Australia has a greater opportunity to cash in once the new mining legislation comes into force – it has reserves of 21 of the 49 minerals identified as critical for India’s future strategy, its mining companies have been involved with India over the years, and it is a source of much needed mining equipment and technologies as well as safety.

Rather than try and cut tariffs across the board, niche areas could be selected in these tariff lines in the first phase.

India and Australia are collaborative partners in the bilateral as well as the Quad format in vaccines, cybersecurity, IT and financial fields. In agriculture, Australian companies are well placed to provide the right mix for grains management, rationalisation of costs and logistics. Australian superannuation funds have higher investment return opportunities in the India airports, ports, inland waterways, and toll roads sector.

It is encouraging that the Comprehensive Economic Cooperation Agreement (CECA) negotiations, stalled since 2015 after nine rounds due to Regional Comprehensive Economic Partnership agreement negotiations, are back on track. Bilateral trade fell last year due to the pandemic, but has been above the $20 billion mark over the last few years. Both sides have invested close to $15 billion in each other’s economies, but their economic relationship may have to rely increasingly on an investment led growth. 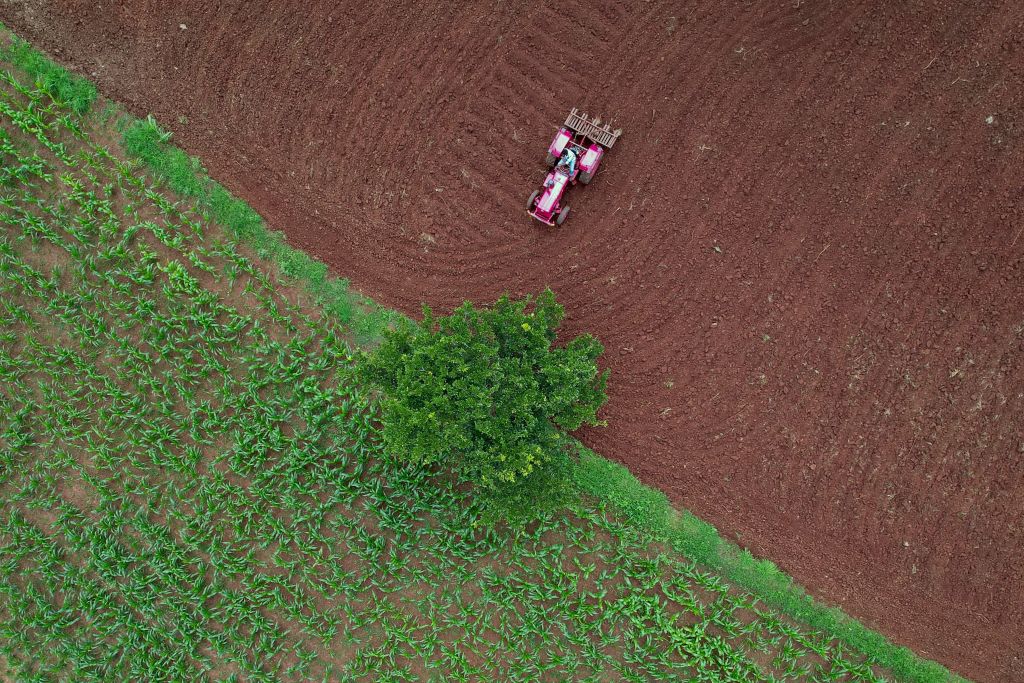 Ploughing a field on the outskirts of Bangalore, 4 August (Manjunath Kiran/AFP via Getty Images)

Abbott has his work cut out despite the propitious conditions. He will be the prime mover of the bilateral CECA going forward and needs to think practically and realistically.

An interim agreement on trade in goods covering some of the bilateral trade tariff lines, which will benefit both sides while continuing to work towards a comprehensive agreement, is one such option. Services and investments will need much more work. Fruits, dairy, agriculture and processed food items have been Australian favourites for tariff reductions, while refined petroleum, medicaments, railway vehicles, gems and jewellery, auto components and made-up textile items have been the Indian focus of attention.

Rather than try and cut tariffs across the board, niche areas could be selected in these tariff lines in the first phase. India is expected to be flexible in slashing tariffs over a specified timeline related to much needed commodities and minerals, while Australia could be accommodative in selected scarce service areas such as financial and cybersecurity technologies, cloud computing and labour-intensive services for its states and remote areas.

India will look for streamlined physical movement of qualified citizens, an accommodative visa regime and ease of banking regulations and taxation for its businesses operating in Australia, while Australia will look for predictability, consistency and scaling down of procedures for its investments and exports. Both sides could explore sectoral free trade agreements (FTAs), such as those in critical minerals in return for pharmaceuticals.

The first step is to revive the business-led CEO Forum, intensify outreach and consultations with the stakeholders, utilise companies operating in each other’s countries, and take the help of the talented Indian diaspora in Australia to generate new ideas, contacts and fresh thinking.