Canberra needs a loud and proud foreign policy on the human rights of gender and sexual minorities. 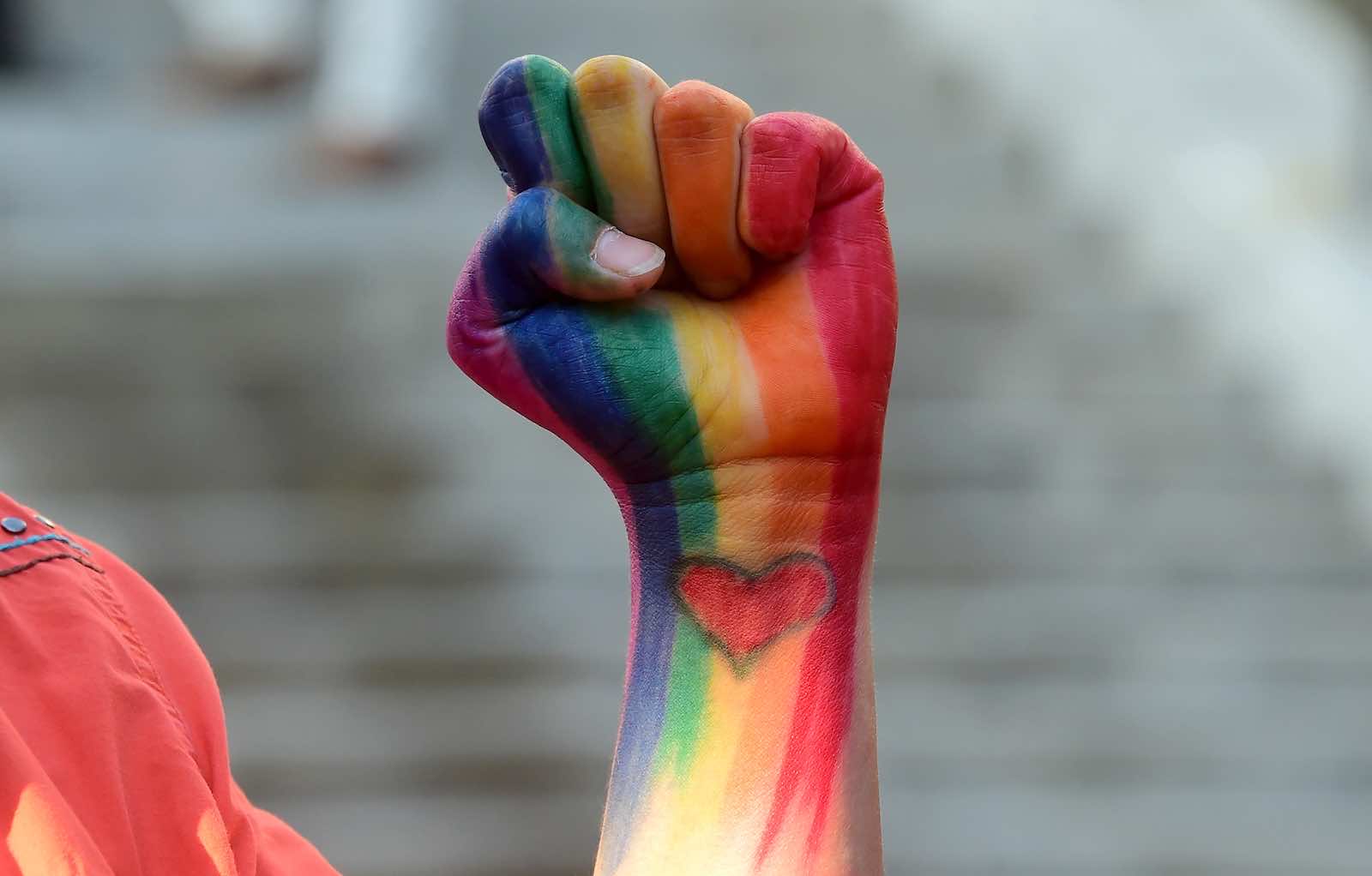 A vigil following the 2016 shootings in Orlando: the attack was condemned by UN Security Council as a terrorist act “targeting persons as a result of their sexual orientation” (Frederic J. Brown/AFP via Getty Images)
Published 27 Aug 2021 09:00   2 Comments

Less than a month into his term, US President Joe Biden issued a Memorandum on Advancing the Human Rights of Lesbian, Gay, Bisexual, Transgender, Queer and Intersex (LGBTQI) Persons around the World.

The landmark case has since been used by courts globally and the UN in advocating for LGBTQI human rights, including in India and Fiji.

As part of the Biden administration’s renewed focus on LGBTI human rights, US embassies and consulates around the world in June dedicated their social media presence to Pride Month.

In 2016, after a mass shooting in which 49 people were killed and 53 injured at a gay nightclub in Orlando, Florida, the UN Security Council condemned the mass murder “targeting persons as a result of their sexual orientation” as a terrorist attack. Earlier, the Security Council had also held discussions about the persecution of LGBTQI by the so-called Islamic State group in Syria and Iraq.

After the Trump administration’s rollback on queer foreign policy, and general hostility towards LGBTQI people, including denying visas to same-sex partners of diplomats and UN employees, President Joe Biden is bringing back Barack Obama’s LGBTQI foreign policy focus. While there are concerns that the Biden administration has “overpromised” on a queer strategy that will be difficult to implement without being criticised for “cultural imperialism” by forcing states to legalise same-sex marriage, the return of LGBTQI advocacy under Biden is welcomed.

As part of the Biden administration’s renewed focus on LGBTI human rights, US embassies and consulates around the world in June dedicated their social media presence to Pride Month. On Instagram, the US Embassy in Canberra ran a campaign advocating and raising awareness for queer issues, including the 1969 Stonewall Riots. This represents another marked shift from the Trump administration, which in 2019 banned the Gay Pride flag from being flown on US embassy and consulate grounds during Pride Month.

In 2016, the United States and Australia held the first joint dialogue on “advancing the human rights of gay, lesbian, transgender and intersex people”. Both countries committed to “stepping up our efforts in the Indo-Pacific region to combat discrimination and violence against LGBTQI people”.

Since 2016, Australian embassies, particularly in Southeast Asia, have increased their engagement with local queer communities. In 2017, Hanoi held its first-ever Mardi Gras with support from the Australian Embassy in Vietnam ­– the same year Australia legalised same-sex marriage.

A Department of Foreign Affairs and Trade 2017 blog post explains queer engagement in the region, include the Australian Embassy in Myanmar supporting the 2017 &Proud LGBT Film Festival , Wearing Purple for Pride Day in the Cambodian Embassy, and installing a gender-neutral bathroom sign on Transgender Remembrance Day in the Laos Embassy. In 2016, Australia’s ambassador in Thailand hosted an event to honour former High Court justice Michael Kirby for his commitment to LGBTQI rights and to celebrate the appointment of the first UN independent expert on protection against violence and discrimination based on sexual orientation and gender identity.

Australia, alongside Europe and Canada, also established the Equal Rights Coalition – a “first-of-its-kind diplomatic network dedicated to achieving non-violence and non-discrimination for LGBTQI people”. In 2018 and 2019, Australia “made representations to select governments against the death penalty and on women’s and LGBTI rights” in Africa.

Australia is also a member of multilateral queer initiatives, including the United Nations LGBTI Core and the Group of Friends on the Sexual Orientation and Gender Identity. A spokesperson for DFAT said that “the promotion of equal rights and an end to violence and discrimination against lesbian, gay, bisexual, transgender, queer and intersex persons is a priority of Australia’s human rights engagement”.

Yet the 2017 Foreign Policy White Paper makes no mention of LGBTQI human rights. In the same way Australia’s foreign affairs department has a Women, Peace and Security Agenda, DFAT should establish a LGBTQI Agenda. As the 2018–21 DFAT LGBTI Workplace Strategy nears its end, the department should look to further entrenching queer rights in its foreign policymaking.

Australia should follow the United States and implement a queer foreign policy strategy. This would improve Australia’s standing, and encourage and support queer communities globally and among the near neighbours of the Indo-Pacific.