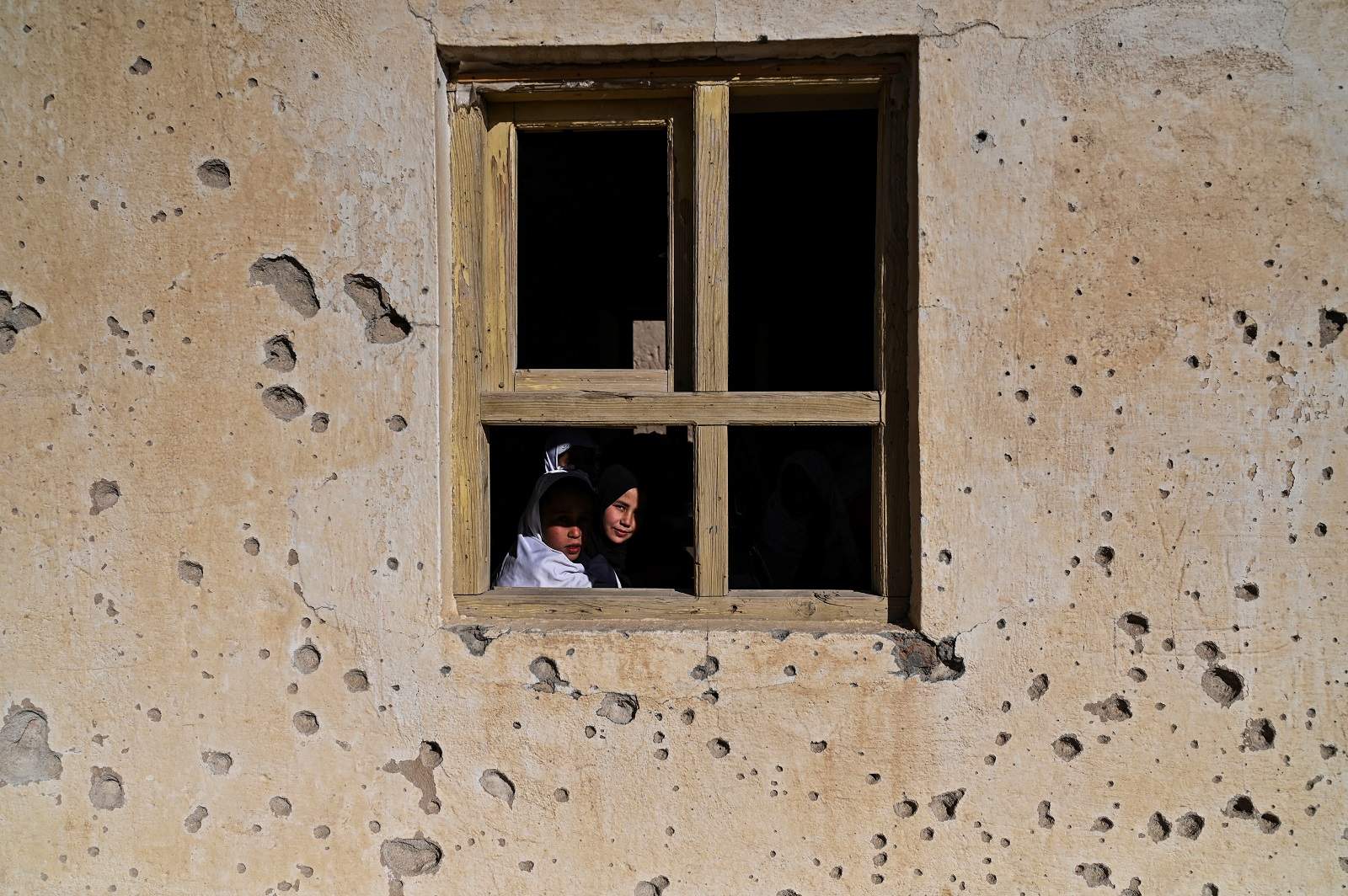 Girls attend class at their bullet-riddled school in Arzo village on the outskirts of Ghazni, Afghanistan, 16 November 2021 (Hector Retamal/AFP via Getty Images)
Published 6 May 2022 05:00   0 Comments

On 19 April, a suicide bomber struck as students were coming out of school in Kabul, Afghanistan, leaving dozens injured and at least six dead. The brutality of the attack – and others that occurred later that week – shook Afghanistan and the Afghan diaspora in Australia. The youngest victim appeared to be aged under 10, a member of the Hazara community facing Taliban persecution and attacks by ISIS-affiliates in the country, raising alarm about continued human rights abuses against Hazaras.

That the two hardline transnational organisations now have a country all to themselves is a reminder that although Australia has withdrawn from Afghanistan, Australian national security interests in that country have not ceased. A Senate inquiry into Australia’s involvement in Afghanistan, which released its final report in April, made a forceful case that engagement in Afghanistan has implications for Australian security and the rights of the people of Afghanistan.

These actions by the Taliban don’t just harm Afghans, they undermine Australia’s shared achievements with Afghans to build a pluralistic, rights-respecting Afghanistan over the past two decades.

The government’s laudable decision in March to take in more at-risk Afghans as refugees shows the sense of commitment Australia feels towards its erstwhile allies, including people like me who worked with Australian soldiers and diplomats in my capacity as an Afghan government official.

I arrived in Australia recently after leaving everything behind in Kabul, part of the lucky group of Afghans who made it to countries outside the direct reach of the Taliban and ISIS. Many of my friends and family – and those of Australian citizens – have not been so lucky. This is why what Australia does in Afghanistan is so vitally important for the safety of those left behind and for what the two violent groups could do from their base of operations in Afghanistan.

The Senate report raises the alarm about the Taliban regime’s enforced disappearances of dissenters, its misogynist policies against women, extrajudicial killing of opponents, violent suppression of the freedom of expression, and the ensuing humanitarian crisis. These actions by the Taliban don’t just harm Afghans, they undermine Australia’s shared achievements with Afghans to build a pluralistic, rights-respecting Afghanistan over the past two decades.

On the face of it, the Senate inquiry supports Australia’s engagement in Afghanistan to focus on deterring the resurgence of transnational terrorism and encourages the formation of an inclusive political process that promotes human rights, particularly for women and minorities. It is no coincidence that the two objectives – deterring terrorism that could threaten Australia and protecting the rights of Afghans – are mentioned in the same sentence. They are interlinked. Only a democratic, rights-respecting Afghanistan is capable of being a partner in peace and security for Australia and the world. An Afghanistan willing and able to work with the world on shared objectives of security and human rights is in Australia’s national interest.

But unless Australia and like-minded countries move fast, things will only track in the opposite direction. Already, Russia has bestowed diplomatic status on Taliban members through the Afghan embassy in Moscow – a dangerous step that normalises the Taliban’s oppression. It tells the Taliban regime that it has a free hand to persecute minorities and violate women’s rights at home and still expect to be welcomed as a responsible state abroad – one aligned with countries such as Russia. The world needs to act now. More recognition for the Taliban will only enable its inhumane policies to intensify. The Taliban is the only regime in the world that has an outright ban on girls’ secondary education. That kind of cruel and misogynistic public policy denies millions of Afghan girls a future, among them family members of Australian citizens.

Australia has the chance to stand up for the Afghan people, for the shared values of human rights and democracy, and for its own national security.

Afghans are on the frontlines demanding change in their country, defiant in the face of authoritarianism based on gender apartheid.

By supporting the democratic aspirations of the Afghan people and amplifying their demands, Australia can send an important signal to the world that it is better off in a community of nations where human dignity matters, and common values are upheld. Australia should work with like-minded countries as a force-multiplier, and it should move fast before countries with different priorities can shape the situation to their own advantage.

Fed up with the Taliban, resistance is already coming from schoolgirls who want the right to education, women who want the right to work, minorities who are marginalised and even major national figures who are watching the country’s slide into tyranny with dismay. Afghans are on the frontlines demanding change in their country, defiant in the face of authoritarianism based on gender apartheid.

Taking a principled stance in world affairs is not alien to Australia. It is already doing that in support of human rights and democracy in Ukraine – sending humanitarian assistance, working with other nations to sanction Russian oligarchs, accepting Ukrainians fleeing the violence, and joining much of the world in speaking forcefully in favour of peace, human dignity and the right for nations to determine their future without violence and coercion.

There is no reason why the same policy toolkit cannot be adopted for Afghanistan. The Senate report already recommends that Australia take similar action, and the Australian policy community is responding by welcoming those recommendations.

It is rare that threats to common human values are so obvious and have such destructive potential; rarer still for the world to have a meaningful opportunity to do something about it. This is a chance for Australia to stand up for its values and its national security interests.

Show Comments
Previous Article
Economic diplomacy: Trade shifts challenge a new government
Next Article
Understanding the rise of Trump – and how it might happen again