A review of the foreign aid budget is an opportunity to refocus, not to make more ill-conceived cuts. 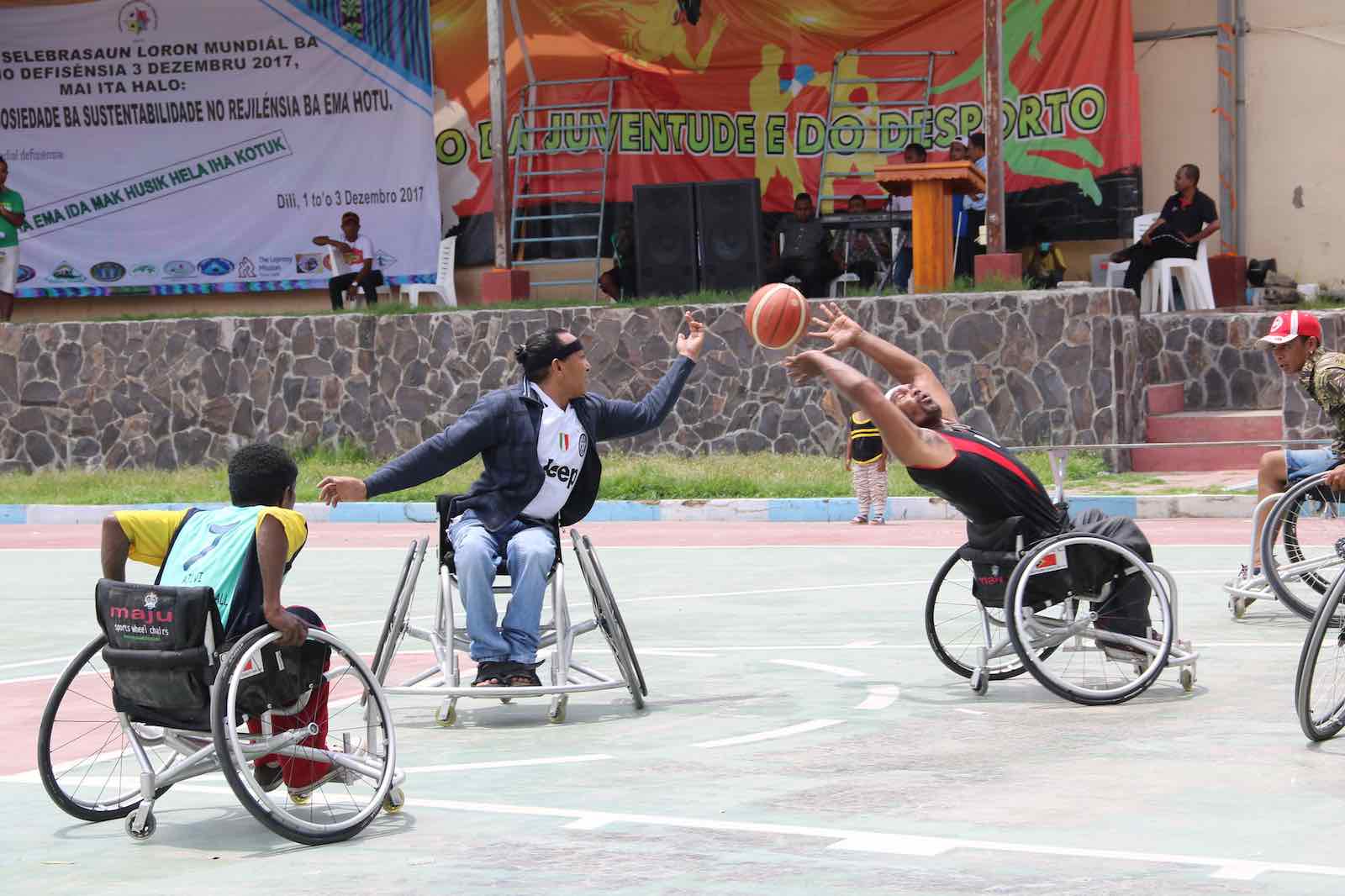 A DFAT-sponsored event in Timor-Leste to promote the rights of persons with disability, Dili, July 2017 (Department of Foreign Affairs and Trade/Flickr)
Published 25 Mar 2020 09:00   0 Comments       Follow @citowicki

The Covid-19 pandemic comes precisely at a time when Australia needs to keep sight of our Pacific neighbours and to offer strategic support and help in dire times.

With the 2020–21 Federal Budget now deferred until October, gauging what Covid-19 means for the Australian aid budget is impossible. Based on the cuts it has suffered over the past decade, however, the Australian aid sector should rightly be concerned.

Australia’s aid budget now sits at $4 billion, down 27% in real terms since 2013. While the ensuing economic crisis does not bode well, the aid budget also typically falls victim to voter misunderstanding and a general ambivalence among voters.

Now more than ever, Australia’s aid and support in the Pacific region require strategic reprioritisation, with an increased emphasis on high standards and transparency in both infrastructure and humanitarian goals.

In February, ongoing redistributions of Australia’s aid contribution were flagged in Senate estimates, showing a rise in aid spending in the Pacific at the cost of support in Africa, the Middle East, and parts of South and West Asia. Spending has also been seen broadly to flow away from health and humanitarian programs towards infrastructure projects.

This growing shift is a cause for alarm. As noted in the Interpreter just last week, Australia’s largest aid beneficiary, Papua New Guinea, struggles to support the healthcare system for its 10 million citizens. PNG’s limited healthcare resources have long been teetering on the edge of crisis. Similarly, other Pacific countries suffer from stretched health services, as witnessed in the measles outbreak centred in Samoa last year.

The Australian Federal government announced in December last year a review into Australia’s aid budget. The review will seek to measure the effectiveness of Australia’s aid contribution and identify “new and emerging priorities”. Inevitably, Covid-19 will have an impact on those priorities.

The announcement came soon after the government greenlighted the Australian Infrastructure Financing Facility for the Pacific (AIFFP). The $2 billion initiative is focused on boosting infrastructure developments through grant funding and loans in the Pacific.

Analysts have framed the AIFFP through a geostrategic lens, seeing the AIFFP as a counter to the rise of the easy-access lending practices for infrastructure projects offered by China in the Pacific, which have provoked questions about transparency, military influence, and economic coercion.

Now more than ever, Australia’s aid and support in the Pacific region require strategic reprioritisation, with an increased emphasis on high standards and transparency in both infrastructure and humanitarian goals. The repercussions of Covid-19 will disproportionately burden our immediate Pacific neighbours, whose capacity to manage a crisis of this scale is severely limited.

Unfortunately, outside of AIFFP, Australia’s aid contribution has had few flag bearers in the federal government’s Expenditure Review Committee. Neither former Foreign Minister Julie Bishop nor current Foreign Minister Marise Payne have sat on the exclusive and male-dominated committee.

Without a strong advocate to protect it from the swinging axes, the aid budget has also suffered as its palatability in some electorates has soured with the rise of populist rhetoric and misinformation – which in turn has leveraged a general misunderstanding among Australians about the real size of the budget and the influence and effectiveness of the programs it funds.

The 2019 Lowy Institute Poll found that Australia’s foreign aid contribution was the only policy area in which more Australians said spending should be decreased rather than increased. However, it also found respondents to be greatly misinformed about aid spending. Earlier polling found that on average, it was believed by Australians that 14% of the national budget was spent on aid, and that it should be at 10%.

This comes at a time when like-minded nations of similar size and influence have stepped up their aid spending – including the United Kingdom.

The toxicity of the political debate surrounding Australia’s aid budget, instigated by political fringe parties, has served only to increase the potential political cost of making any substantive changes. One Nation, for example, have called it their “moral duty to redirect the foreign aid budget”, while banging the populist drum with misinformed facts and figures.

The eventual outcome of the aid review will importantly need to “convince Australians that our investment overseas is money spent for them, not money taken from them”, as outlined by former Assistant Minister for International Development and the Pacific Senator Anne Ruston.

Very few Australians would change their vote due to changes to the foreign aid budget, but even fewer in such testing times. Therein lies the problem. The government is acutely aware that it stands to gain or lose very little politically by either increasing or cutting the aid the budget.

As a result, it has suffered from year-on-year cuts, forcing the Department of Foreign Affairs and Trade to attempt to achieve more with less for the best part of the last decade.