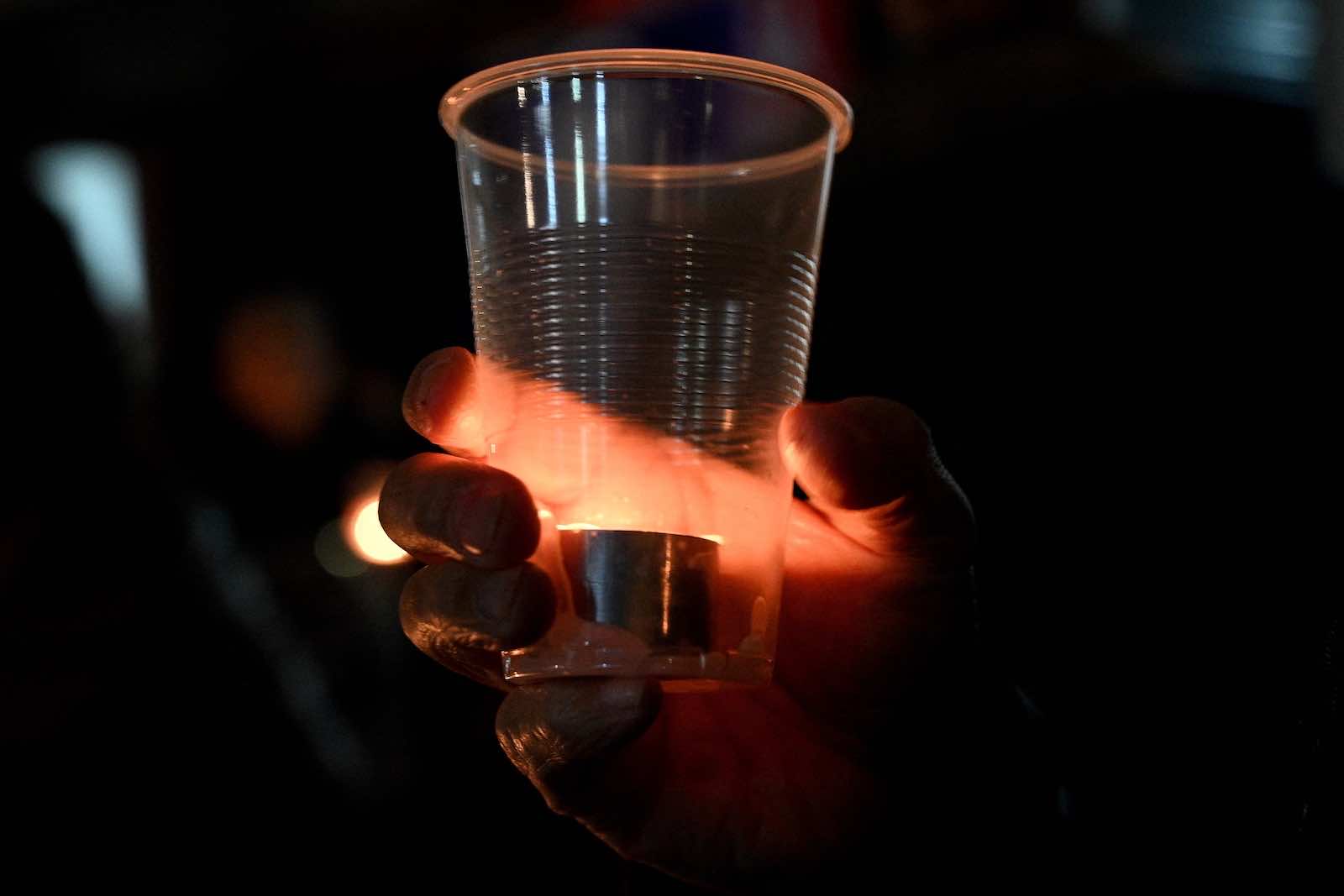 A candlelight vigil outside the Chinese consulate building in Sydney on 4 June 2021 to mark the anniversary of the 1989 Tiananmen Square crackdown (Saeed Khan/AFP via Getty Images)
Published 15 Jun 2021 13:30   3 Comments       Follow @j_laurenceson

After a long period of uber-bipartisanship in the handling of China relations, Labor has opened a clear line of attack on the Morrison government.

Last month, at the Canberra launch of Nine columnist Peter Hartcher’s new book, The Red Zone, shadow foreign affairs minister Penny Wong said there needed to be a “fundamental change”. What was most required was “more strategy, less politics”.

Albanese said Morrison was making a “grave error” to “prioritise his domestic political interests over Australia’s national interests”, going on to declare: “Australian needs more strategy and less politics when it comes to managing our differences with China”.

Outsiders have long wondered whether any strategy underpinned the Australian government’s tilt on China that began in the second half of 2016. In a series published in the Australian Financial Review in June, veteran journalist Max Suich concluded that the answer was “no” based on interviews with “former senior officials”.

But now we also have revealing on-the-record remarks from an insider no less authoritative than the prime minister at the time, Malcolm Turnbull. These were given following a speech to launch Hartcher’s book at the Lowy Institute in Sydney.

Hartcher, like Suich, contended that, “Australia has no China strategy … the federal government is driven in a reactive, reflexive mode where it takes ad-hoc actions as the agenda and urgency of the day seems to suggest”.

What policy frameworks and studied measures are in place to give the public confidence that these goals are on the way to being achieved?

Turnbull was quick to push back, arguing that this was “not true”. In fact, he claimed, his government “had a very considered China strategy.” To punctuate the point, Turnbull noted that while he was PM China was the “subject of discussion … at every other NSC [National Security Committee] meeting, at least”.

So, what was the strategy?

“It was one of seeking to constructively engage,” Turnbull said. “To defend our national interests and our values, defend the maintenance of the rule of law in the region”.

Hartcher responded that this amounted to “a set of principles … rather than a strategy”.

Alternatively, what Turnbull outlined appears to be a classic example of what leading academic expert Richard Rumelt calls “bad strategy”. In his 2011 book, Good Strategy/Bad Strategy, Rumelt explains that a hallmark of “bad strategy” is “statements of desire rather than plans for overcoming obstacles”.

Outlining what Australia wants from the China relationship (mostly economic gains) and how it wishes China to behave (according to international rules and norms) has never been the challenge. But what policy frameworks and studied measures are in place to give the public confidence that these goals are on the way to being achieved?

Were these goals supported when Turnbull’s foreign minister, Julie Bishop, told a high-profile audience in Singapore in March 2017 that it was “essential” for China to become a democracy in order to achieve its economic potential? Or when Turnbull himself chose to cite “disturbing reports about Chinese influence” while introducing new foreign interference laws in December 2017?

Turnbull’s replacement, Scott Morrison, has also emphasised wanting “constructive engagement” with China. But it is hard to escape the judgement that he, too, has doubled down on “bad strategy”.

Last April, were Australia’s goals aided when in quick succession the Home Affairs Minister, the Foreign Minister and the Prime Minister made comments about a Covid-19 inquiry that gave Beijing the strong impression that Australia was working with the Trump administration to launch a political attack against China?

And what about last August when Treasurer Josh Frydenberg blocked the sale of a dairy and drinks manufacturer from a Japanese owner to a Chinese one?

Morrison has also displayed another hallmark of “bad strategy”: fluff.

Rumelt outlines that: “Fluff is a form of gibberish masquerading as strategic concepts or arguments … apparently esoteric concepts to create the illusion of high-level thinking.”

How else to interpret the Morrison government’s position that it is exercising “strategic patience” towards China and waiting for a new “settling point” where there can be “happy coexistence”?

The Australia-China relationship appears more on a downward spiral than about to arrive safely at a new “settling point”. And an eventual rock bottom can hardly be considered an acceptable “settling point”, particularly when other countries in the region have a modus vivendi with China that better protects their interests.

Jakarta has major concerns about Chinese fishing and coast guard vessels encroaching on its exclusive economic zone. At the same time, last month it held joint naval exercises with the People’s Liberation Army navy, while the two countries this month signed an Memorandum of Understanding to establish a “high-level dialogue” to promote cooperation. Jakarta has also happily accepted a Chinese offer to salvage a sunken submarine and looked to Beijing for vaccines to deal with the pandemic.

Rather than basking in sympathetic rhetoric (and not much more) from the Anglosphere-heavy G7 in the United Kingdom, Morrison would be better advised to heed the frank advice offered last week by Singaporean Prime Minister Lee Hsien Loong en-route: “There will be rough spots [with China] … and you have to deal with that … But deal with them as issues in a partnership which you want to keep going and not issues, which add up to an adversary which you are trying to suppress”.

The response from within the government to Labor’s critique has been both predictable and telling. Defence Minister Peter Dutton said Albanese was “seeking to undermine the position of this country”. Senator James Paterson accused Albanese of potentially “walk[ing] away from … safeguarding Australia from Chinese Communist Party interference”, while Liberal MP Ted O’Brien labelled Albanese a “useful idiot” for Beijing.

Dutton, Paterson and O’Brien could, of course, have rebutted Labor by spelling out in plain terms what the government’s China “good strategy” is.

But now it is clear there’s only a “bad strategy” at best.